A flowchart depicting the analyses used in this study 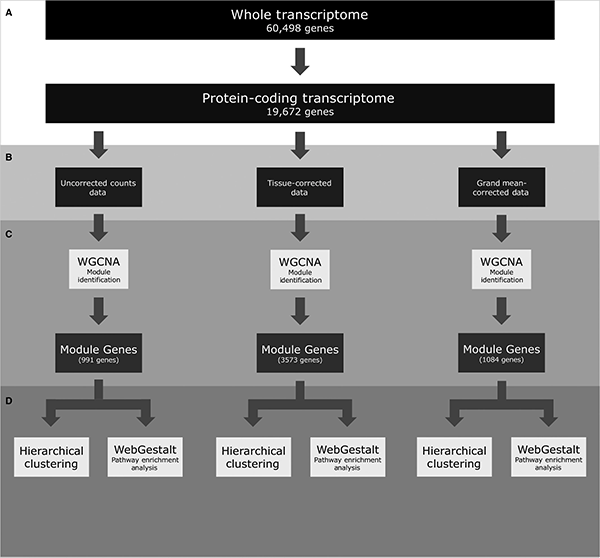 Transcriptome profiles were first restricted to protein‐coding genes (A), then two different primary site‐correction approaches were taken to analyse the three data sets in parallel (B). Each data set was analysed using WGCNA to identify groups of genes (modules) that were co‐correlated, and variable across cancers (C). Genes found in modules were put through pathway enrichment analysis (WebGestalt) and used for hierarchical clustering (D)