In modern paired-end sequencing protocols short DNA fragments lead to adapter-appended reads. Current paired-end adapter removal approaches trim adapter by scanning the fragment of adapter on the 3′ end of the reads, which are not competent in some applications.

Researchers from the National Chiao Tung University have developed a fast and highly accurate adapter-trimming algorithm, PEAT, designed specifically for paired-end sequencing. PEAT requires no a priori adaptor sequence, which is convenient for large-scale meta-analyses. They assessed the performance of PEAT with many adapter trimmers in both simulated and real life paired-end sequencing libraries. The importance of adapter trimming was exemplified by the influence of the downstream analyses on RNA-seq, ChIP-seq and MNase-seq. Several useful guidelines of applying adapter trimmers with aligners were suggested. 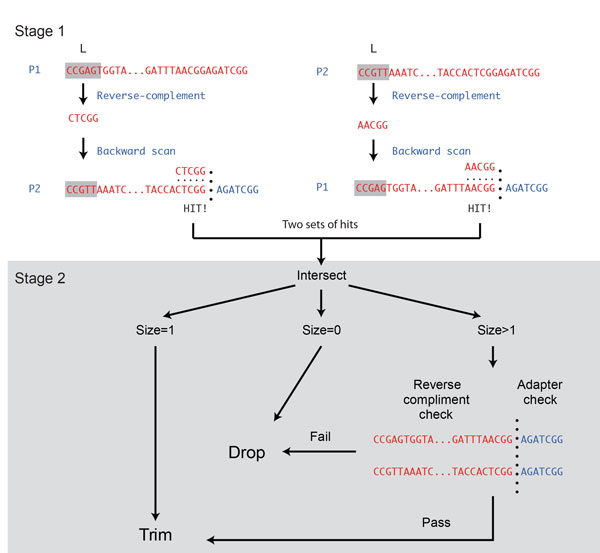 Availability – The executable binaries and the standalone C++ source code package of PEAT are available at: http://jhhung.github.io/PEAT