The enormous effort to sequence the human genome — which resulted in a complete map of every bit of human DNA — has led to incredible advances in our understanding of human biology and in the treatment of disease. Yet, sequencing RNA, which is DNA’s chemical cousin, remains elusive.

Although sequencing the human genome can now be done in mere hours thanks to technological advances, the promise of doing the same for RNA lies on the other side of a collaborative effort.

To that end, research into RNA sequencing and collaborations between scientists and clinicians were the focus of a workshop held May 24-26. The event was hosted by NIEHS and the National Human Genome Research Institute (NHGRI). During six sessions, researchers discussed a range of subjects, from technologies that will help sequence RNA to ways to advance innovation in RNA-based therapeutics.

“This gathering is an excellent opportunity to explore the current state of knowledge, opportunities, and needs for a product of the genome, RNA,” said Eric Green, M.D., Ph.D., NHGRI director. Both institutes, he said, seek to “fully and comprehensively understand the role of RNA in human biology, health, and disease.”

Workshop participants discussed the current capabilities of “RNomics” — as the field is colloquially called — as well as prospects for fully characterizing the true diversity of RNA and its known modifications at a chemical and structural level.

Getting to know RNA

The sequence of RNA determines its structure, and that can influence its biological activity. The shape of an RNA molecule can influence what other molecules it interacts with, affecting its function. There is increased interest in understanding how environmental exposures involving polychlorinated biphenyls (PCBs), heavy metals, and other substances can influence the molecular mechanisms responsible for RNA modifications.

As part of a recent NIEHS Director’s Corner conversation, Cheung spoke with Woychik about the importance of sequencing RNA.

Attendees noted that this area of study, called environmental epitranscriptomics, could help researchers link RNA modifications to health outcomes such as metabolic disorders, lung disease, and cancer. Since 2018, NIEHS has supported dozens of grants in the field.

RNA biology pioneer and workshop moderator Vivian Cheung, M.D., from the University of Michigan, said that even sequencing just a few versions of RNA, or “transcripts,” could help researchers understand which chemical modifications are biologically important.

“I would be very happy if we knew 10 transcripts to give us some sense of where the modifications are located, the neighboring sequences, how they affect structure, and how they change throughout the lifetime of that RNA,” Cheung said.

When used as either a drug itself or as a target for drugs, RNA can influence health outcomes, a field known as RNA therapeutics. The field has recently seen success, most notably when researchers used a type of RNA called messenger RNA to develop COVID-19 vaccines.

Although the knowledge base for RNA therapeutics has advanced significantly in recent decades, the pharmaceutical industry has focused largely on the same old targets: proteins.

“Despite the fact that more than 98% of the genome is noncoding [meaning it does not code for proteins], the vast bulk of the drugs in development today in the pharmaceutical industry target one of 700 disease-related proteins,” said Jeannie Lee, M.D., Ph.D. from Harvard Medical School.

If researchers could target RNA molecules, they could greatly expand the chemical space in which drugs could be designed, she said. Though obstacles exist, small molecule drugs made orally available to patients could penetrate cells and help to target RNA. A growing number of startups are investigating this method.

In her research, Lee found that RNA can be systematically targeted by small molecules. Her lab also found that these small molecule candidates can be screened without advanced knowledge of RNA’s 3D structure. She recently published a study suggesting that such drug-like compounds can disrupt the structure of a specific RNA and potentially alter its function. Future work could focus on developing a small molecule library designed specifically for RNA.

“We need to do a better job at disseminating knowledge of RNomics technologies and distributing cutting-edge RNomics instrumentation,” he said. “That is why workshops like this one are so important — they spur ideas and collaborations that set the stage for innovation.” 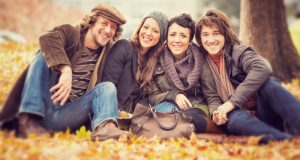 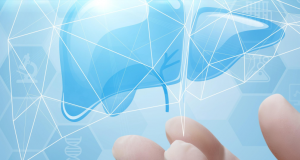 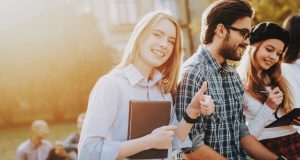 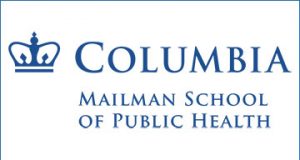