Motivated by the lack of easily implementable and generally applicable strategies to increase and assess data accuracy, researchers from the University of Georgia devised a novel label-free approach, termed REQUIEM, to address challenges in relative quantitation. For comparing the relative amounts of analytes in two samples, a mixture is prepared from aliquots of the samples, and the samples and the mixture are analyzed in parallel according to the intended workflow. Processing of the resulting data using the REQUIEM algorithm yields unbiased analyte fold-changes and associated statistics, allowing several types of errors to be diagnosed or eliminated. Extensive simulations and analysis of carefully prepared standard samples demonstrated the rigorous foundations of REQUIEM. The researchers applied REQUIEM to several real-world analytical techniques and workflows including RNA-Seq analysis. They conclude that REQUIEM can reveal inaccuracies in the data that are difficult to identify by using traditional approaches.

Typical workflow for a REQUIEM experiment 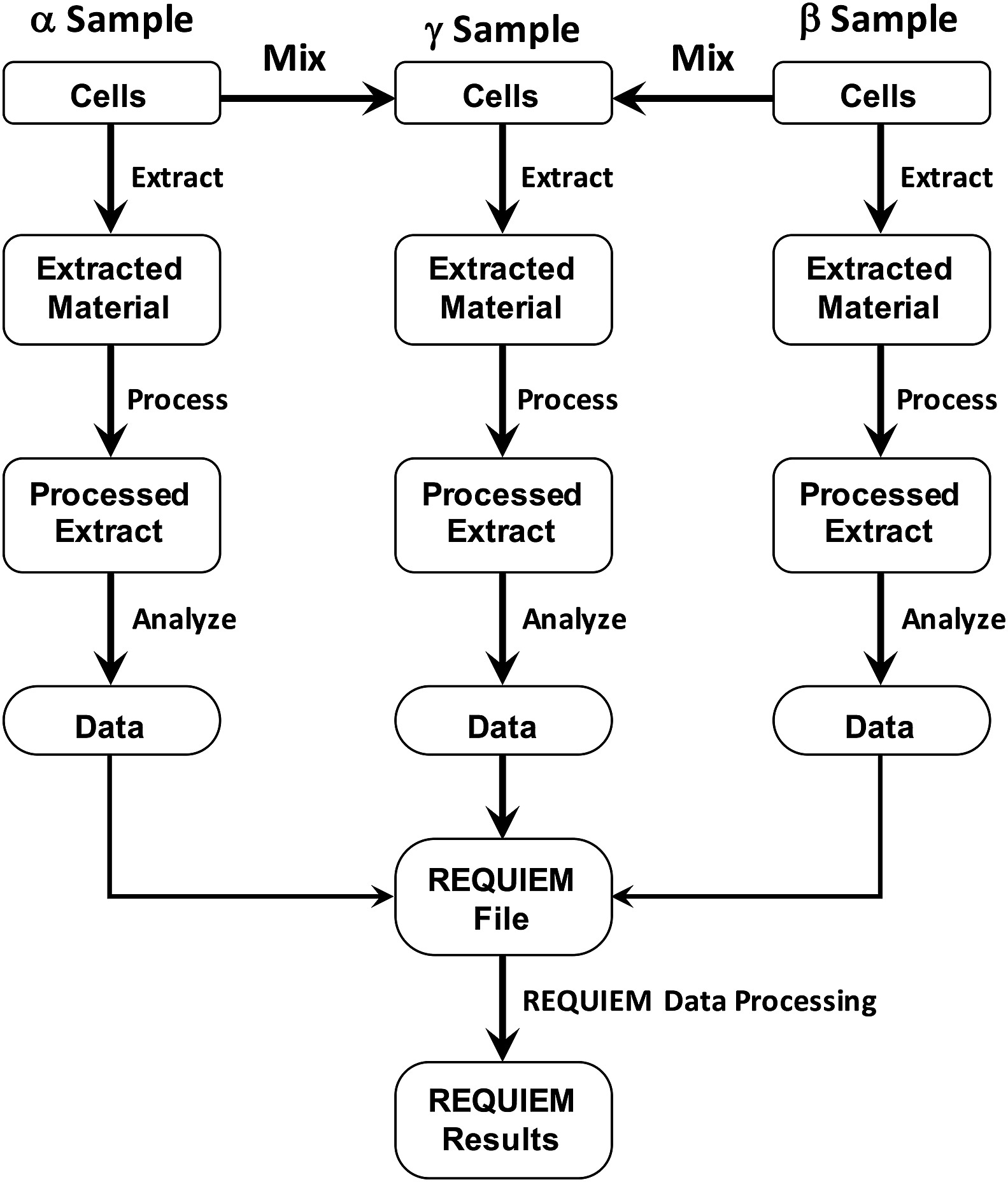 REQUIEM is designed to provide fold-changes for the components of two complex biological samples ( and ). Aliquots of the two samples are mixed at the earliest point where it is practical to prepare a 1:1 mixture based on the total sample mass, protein content, number of cells, or other criteria. Chemical or enzymatic extraction of each sample (including the mixture), processing of extracts and analysis of the processed samples is carried out in parallel to generate three data sets that are combined and used as input for the REQUIEM software. Spills or other factors that affect the overall yield for any of the samples are irrelevant for data processing by the REQUIEM algorithm. 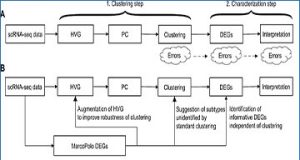