The study of the human body at single-cell level has received a boost with the creation of a new tool, which will allow researchers to see not only the function of cells, but also where they are situated within tissues. The tool, called cell2location, has been developed by researchers at the Wellcome Sanger Institute, the German Cancer Research Centre and their collaborators.

The paper, published 13 January in Nature Biotechnology, demonstrates the capacity of cell2location to pinpoint the location of detailed immune cell types in the human gut and lymph node, as well as map the fine-grained structure of the mouse brain. The new tool is already being used as part of the Human Cell Atlas initiative to map every cell type in the human body, and has the potential to one day replace microscope analysis as a technique for pathologists to understand what is happening in a biopsy.

The human body is made of a myriad of cell types, with previously undiscovered cell types being discovered regularly by research initiatives such as the Human Cell Atlas. This type of research uses single cell sequencing to analyse individual cells so that the genes they are expressing can be observed, to distinguish the subtle differences in cell function that define them.

But cell type is not the only factor in the functioning of healthy tissues. Cells ‘talk’ to one another and the position of each cell in relation to its neighbours is important for understanding how the tissue functions at a molecular level.

Previously, it hasn’t been possible to combine single cell sequencing data with spatial information at the scale required. cell2location solves this problem by combining the two types of information, single-cell sequencing data and spatial transcriptomic data, in order to visualise the relationships between cells and better understand tissue biology.

In this study, researchers at the Wellcome Sanger Institute applied cell2location to several types of human and mouse tissue to provide three-dimensional data on which cell types were present and where they were situated.

In the mouse brain, which is structured into distinct regions such as the cortex and thalamus, cell2location was used to provide a more detailed analysis of neural cells called astrocytes. It was able to detect subtle differences in the genes the cells expressed, down to as few as 10 different genes, identifying rare astrocyte subtypes never previously described. cell2location was also able to map these rare subtypes, including one that accounted for just 41 cells out of 40,000, to a specific location within the tissue. 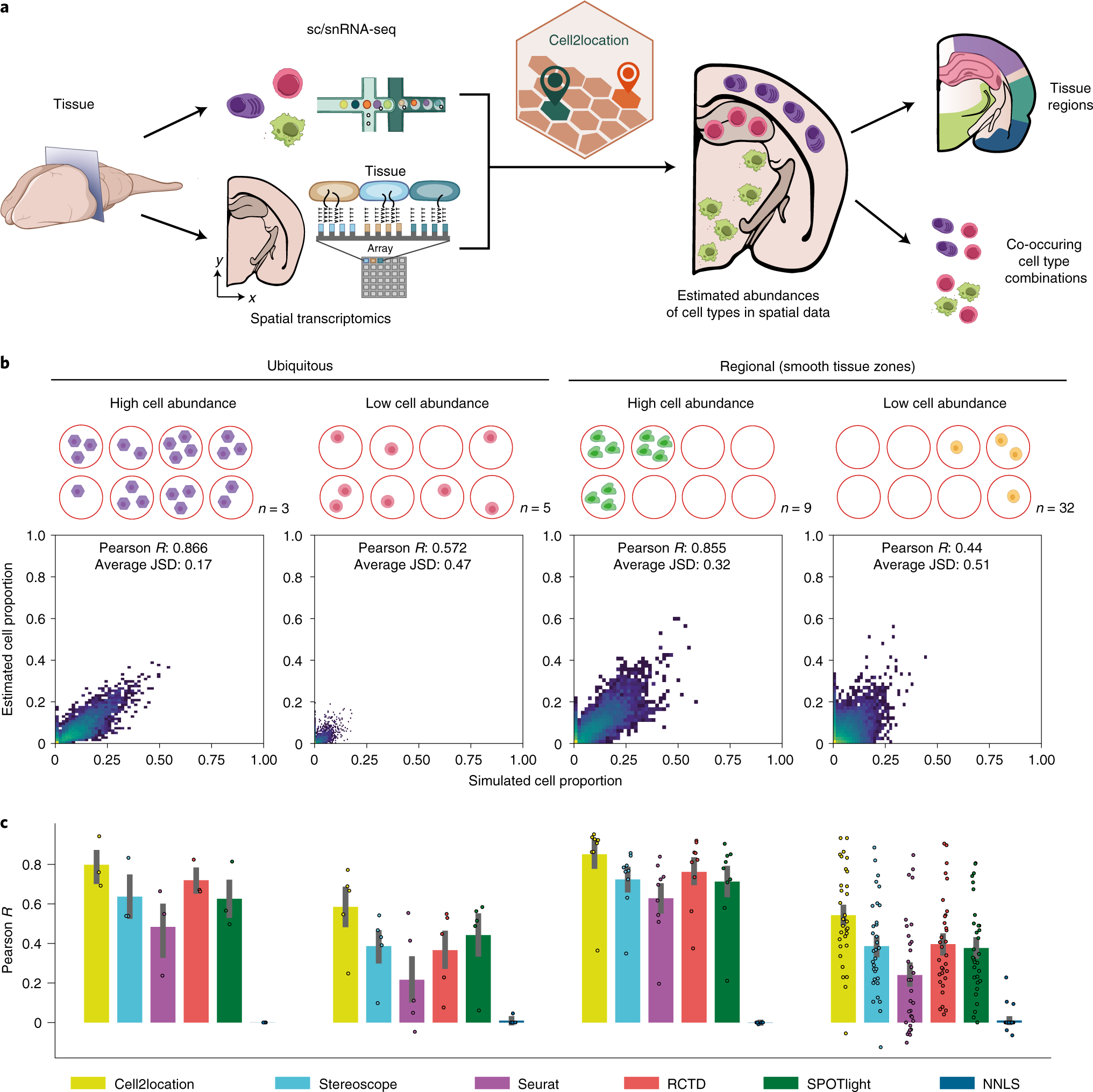 “The fact that cell2location was able to identify and spatially map previously undescribed astrocyte subtypes in the mouse brain demonstrates the remarkable sensitivity of our approach. Combined with a precise location for these rare subtypes, researchers now have access to a wealth of information with which to begin unravelling the role these cells play in the overall functioning of the brain.” – Dr Oliver Stegle, Wellcome Sanger Institute, German Cancer Research Center (DKFZ) and the European Molecular Biology Lab (EMBL)

The richness of data provided by cell2location also opens up new applications for single cell sequencing in the realm of pathology. Currently, microscopes are used to analyse tissue samples to diagnose diseases such as cancer. In future, a single cell approach could provide much more detailed information about what has gone wrong at a molecular level, which will be particularly useful for in-depth studies such as clinical trials.

“I’m very excited about the potential for cell2location to change the way we observe life at a molecular level. I always thought that mapping tissues would remain in the realm of histology, which is limited in what it can reveal. Now we have a tool that’s better than a microscope and can provide us with more detail than we could have ever imagined.” – Dr Omer Bayraktar, Wellcome Sanger Institute