Post ENCODE, regulatory sRNAs (rsRNAs) like miRNAs have established their status as one of the core regulatory elements of cell systems. However, large number of rsRNAs are compromised due to traditional approaches to identify miRNAs, limiting the otherwise vast world of rsRNAs mainly to hair-pin loop bred typical miRNAs. The present study has analyzed for the first time a huge volume of sequencing data from 4997 individuals and 25 cancer types to report 11 234 potentially regulatory small RNAs which appear to have deep reaching impact. The rsRNA-target interactions have been studied and validated extensively using experimental data from AGO-crosslinking, DGCR8 knockdown, CLASH, proteome and expression data. A subset of such interactions was also validated independently in the present study using multiple cell lines, by qPCR. Several of the potential rsRNAs have emerged as a critical cancer biomarker controlling some important spots of cell system.

This entire study has been presented into an interactive info-analysis portal handling more than 260 GB of processed data. The possible degree of cell system regulation by sRNAs appears to be much higher than previously assumed. 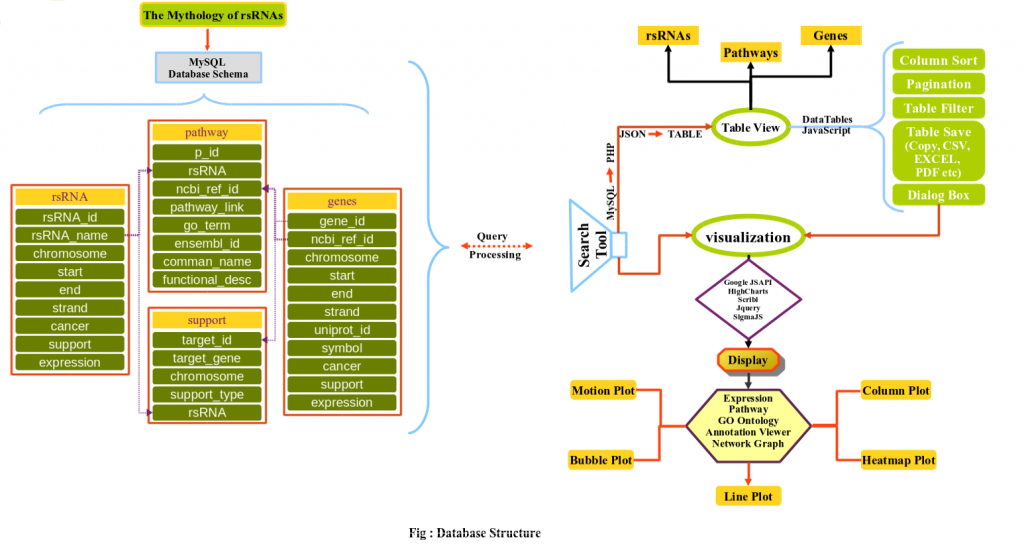