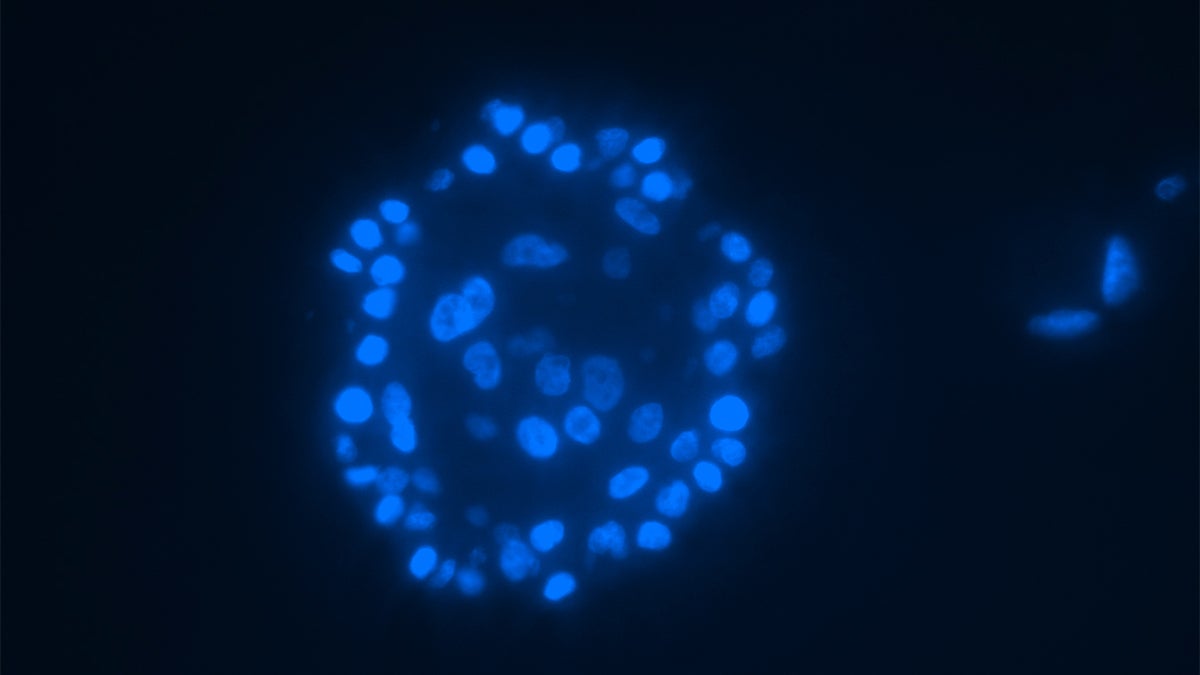 Genetics and other factors that can determine if a woman is at risk for a recurrence of breast cancer have been identified by investigators at Georgetown Lombardi Comprehensive Cancer Center, providing new research avenues for preventing a new tumor from developing. The discovery was made possible by an advanced technology developed at Georgetown Lombardi that allows laboratory researchers to greatly expand, or multiply, hard-to-extract breast tissue cells.

The researchers focused on breast epithelial cells, which are the layer of cells that form the ducts and lobes which make milk during lactation. The investigators extracted these cells from donated non-cancerous tissue in the same breast as the one that had cancerous tissue removed during a mastectomy. The scientists were looking for numerous factors that could kick-start recurrence, but their main target was the entire collection of RNA sequences in a cell — the transcriptome — that helps determine when and where each gene is turned on or off in a cell.

Even though surgical techniques continue to improve, undetectable microscopic pieces of tumor can remain and are one factor for recurrence of breast cancer in up to 15 percent of women, sometimes years after surgery; people with hormone-receptor positive breast cancer have the highest risk of recurrence.

When analyzing expanded epithelial cells from women who had chemotherapy before their surgery, the researchers found significantly altered RNA. In particular, they saw significant changes in genes that had previously been recognized as prognostic indicators for cancer.

“When a person is diagnosed with breast cancer, we have several tools, including testing for genes such as BRCA1/2, to decide whether they should get certain kinds of chemotherapy or just receive hormonal therapy. But the tools we have are not as precise as we would like,” says Priscilla Furth, MD, professor of oncology and medicine at Georgetown Lombardi and corresponding author of the study. “About one in eight women are diagnosed with breast cancer in the developed world. We hope that our findings will help lead to more precise and directed screening in the future, sparing women unneeded procedures as we currently screen almost all women between the ages of 40 to 70, sometimes very aggressively.”

The researchers also noted that there are implications for women who have not had breast cancer as some of the RNA alterations were linked to mammary stem cell formation. Stem cells are self-renewing and related to growth and development. Mammary stem cells are adult stem cells that can differentiate, or change function, into specialized mammary epithelial cells. If these cells get dysregulated, there is an increased potential for cancer. Cells from pregnant women were of particular interest to the researchers, as pregnancy usually triggers extra renewing cycles in a cell, potentially increasing the risk of cancer.

This research effort was greatly aided by the conditionally reprogrammed cells (CRC) technique that was invented and patented at Georgetown. This study used CRC for the initial isolation of epithelial cells. CRC is the only known system that can indefinitely grow healthy as well as cancer cells; up to a million new cells can be grown in a week. Heretofore, one of the key problems in studying these cells was that epithelial cell cultures were often contaminated with the other cell types, particularly fibroblasts, which grow very quickly in culture while epithelial cells grow a bit slower. Primary tumor cells also can be difficult to isolate, but the researchers had increased success using the CRC technique compared to conventional methods.

“Many of our cancer survivors say to me, ‘Please do work that will benefit my daughter.’ My response is, that’s why I’m in the field of cancer prevention,” says Furth. “Anything we can do to prevent the occurrence or recurrence of cancer is a significant step forward, and we think this finding may be an important contribution to reducing misdiagnosis, as well as point to ways to develop better therapies to treat the disease.”