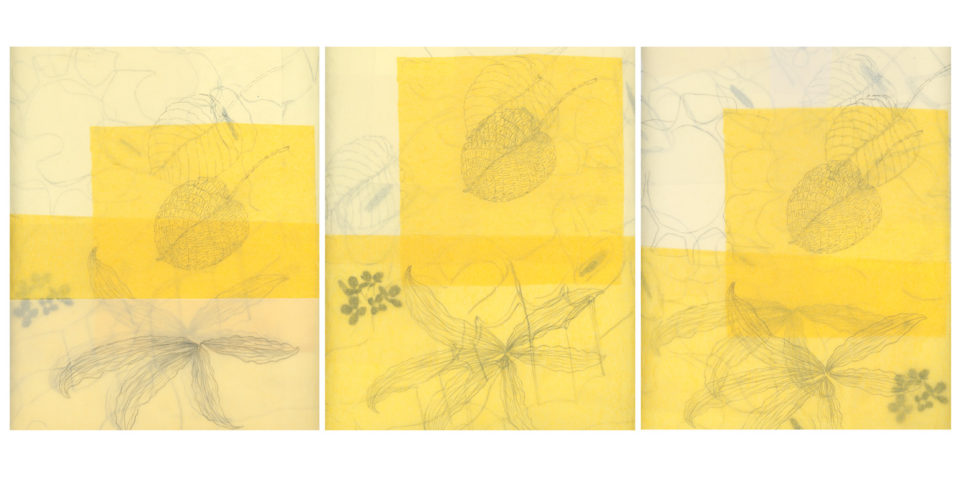 Researchers tracked 20,000 cells to find out what made each one unique and to learn how the cells coordinate to build a leaf. Collaboration with a visual artist added additional dimensions to the work.

How do we become a complex, integrated multicellular organism from a single cell?

In a new study, published April 5 in Developmental Cell, led by Bergmann and postdoctoral scholar Camila Lopez-Anido, researchers used single-cell RNA sequencing technologies to track genetic activity in nearly 20,000 cells as they formed the surface and inner parts of an Arabidopsis leaf. Through this highly detailed technique, the researchers captured transient and rare cell states and found a surprising abundance of ambiguity in how cells traversed various identities, particularly early on within the stem cell population.

“All the cells are coordinated, and yet they’re all individuals with their own genetic programs,” said Bergmann, who is the Shirley R. and Leonard W. Ely, Jr. Professor in the School of Humanities and Sciences and senior author of the study. “And so we’re really working to appreciate that balance between seeing what’s new and special and unique about each one while also recognizing how they are working together.”

While many scientists in this field focus on fruit flies and roundworms, some aspects of biological development will only be understood by studying other organisms – such as the plant Arabidopsis thaliana, which is the Bergmann lab’s specialty.

“As we think about flexibility and resilience in the face of a changing world, we want to learn more about how organisms can manage to build functional bodies when they are under stress or exposed to extreme environments,” said Lopez-Anido, who is lead author of the study. “This requires research with organisms that have flexible and tunable lifestyles, such as the plants we study.”

As part of a family of artists, Lopez-Anido also embraced a uniquely artistic perspective to interpret and share this research. Within the paper itself, she used a pointillism-inspired analysis software to elegantly organize and visualize her massive dataset. Additionally, her sister, artist Virginia Lopez-Anido, created artwork inspired by Camila’s research, which will be featured on the cover of Developmental Cell.

While previous experiments on Arabidopsis had worked out some of the important genes and steps in making specialized cells, this new cell-by-cell data fills in additional details of development. The researchers found, for example, that cells might double-back on the developmental path they seemed to be following, and that it was also possible to jump ahead. They also noticed that there may be differences in the way new stem cells regulated transitions between cell types relative to old stem cells; and whereas they had previously known of core steps in cell differentiation, they saw there were actually many small, seemingly continuous steps along the way.

One especially intriguing finding concerns a crucial gene, called SPEECHLESS, that plays a role in the formation of pores, called stomata, through which the plant exchanges gases and regulates water content. The Bergmann lab has studied SPEECHLESS extensively, but the new data hinted that it was expressed for a longer stretch of the developmental process than they expected. In a follow-up experiment, the researchers were able to selectively remove the gene after it completed its known role but sooner than the new data said it was done being expressed. Sure enough, the developmental programs went off track – and the researchers are now working to figure out why.

“It was a contradiction of what we thought we knew and it was really exciting,” Bergmann said. “It makes us want to dig in to other unexpected details – what might look like insignificant blips in the data – and see what we’ve missed.”

Analyzing cell identities from nearly 20,000 cells – and 30,000 genes – required machine learning algorithms. So, Lopez-Anido created an organizational framework built around one of the most widely used analysis tools, which is called Seurat after pointillist painter Georges Seurat. As in pointillism, individual dots, which represented individual cells and their specific gene expression signatures, blended together in visualizations that enabled the researchers to see large-scale trends.

Virginia Lopez-Anido visualized Camila’s work in another way. She developed a drawing series on the nature of scientific inquiry (Untitled, pencil on paper, 8.5 x 11.7in, 2021), as well as a clay model series of tissue landscapes inspired by scanning electron microscope images of stomata (Untitled, digital photograph, 2021), which is the art that will grace the cover of Developmental Cell.

“I like to engage with artists and scholars across disciplines because it can bring new layers of meaning to science – and make science more accessible, which is very important to me,” said Camila Lopez-Anido, who has taught scientific literacy at Bard College through their Citizen Science program and will soon begin work as an assistant professor of biology at Reed College. “I’m looking forward to fostering more of these meaningful research experiences and collaborations for my mentees.”