in Publications, Workflows 12 days ago 958 Views

RNA G-quadruplexes (rG4s) are non-canonical structural motifs that have diverse functional and regulatory roles, for instance in transcription termination, alternative splicing, mRNA localization and stabilization, and translational process. Researchers at the City University of Hong Kong recently developed the RNA G-quadruplex structure sequencing (rG4-seq) technique and described rG4s in both eukaryotic and prokaryotic transcriptomes. However, rG4-seq suffers from a complicated gel purification step and limited PCR product yield, thus requiring a high amount of RNA input, which limits its applicability in more physiologically or clinically relevant studies often characterized by the limited availability of biological material and low RNA abundance. Here, they redesign and enhance the workflow of rG4-seq to address this issue.

Comparison of the experimental strategy of rG4-seq and rG4-seq 2.0
from 5‘ adapter ligation to PCR amplification 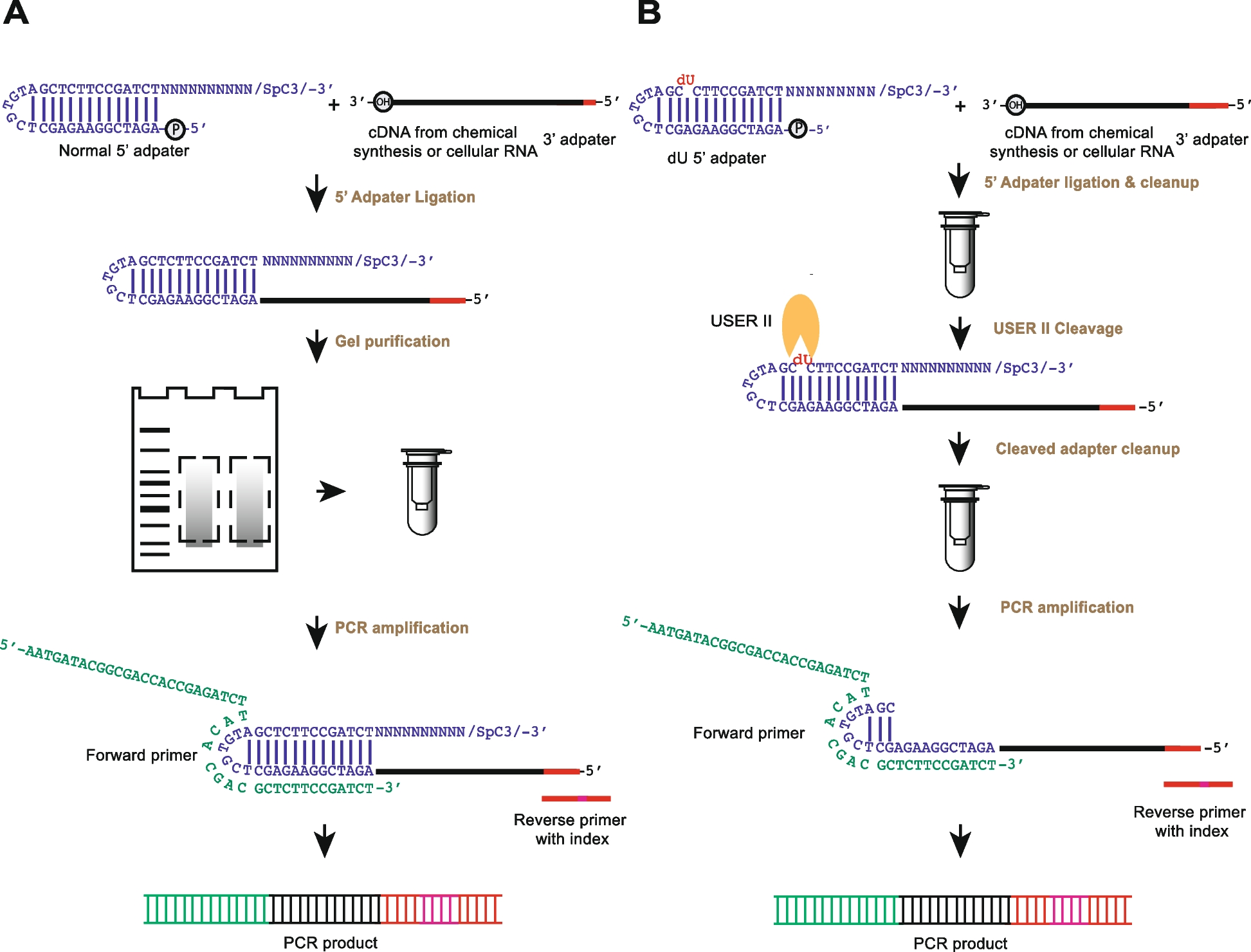 The experimental pipelines that use A normal 5′ adapter and B 5′ dU adapter are shown (blue). In A, the normal 5′ adapter ligates to the cDNA (black) with 3′ adapter sequence (red) followed by gel purification before performing PCR amplification. The 6nt index region in the reverse PCR primer is in pink. In B, dU adapter is used for the ligation, and after the column purification, the enzymatic cleavage step is performed with cleavage enzyme (USER II, orange pacman) followed by column clean-up before the PCR amplification. USER II enzyme cleaves the 5′ adapter at the dU position as indicated in red in the 5′ dU adapter. The dU adapter contains the same secondary structure as the normal 5′ adapter and carries a 5′ phosphate at its 5′ end to ligate to incoming cDNA with a 3′hydroxyl, and a C3 spacer group at its 3′ end to block and avoid self-oligomerization. The 10 random nucleotides (N10) serve as a template for the hybridization of any incoming cDNA