Posted by: RNA-Seq Blog in Commentary, Publications 23 days ago 483 Views

Inside our brains lives a myriad of cell types that support complex human thought — from our ability to make memories and decisions, to our capacity for smell, taste, movement, and communication. Scientists do not yet fully understand how this critical cellular diversity arises as the brain grows and develops.

Now, researchers at the Broad Institute of MIT and Harvard and the Flatiron Institute have shown how two key cell types in the brain’s cortex arise from a single progenitor in mice. Led by Kathryn Allaway, Orly Wapinski, and Gord Fishell of the Stanley Center for Psychiatric Research at Broad, as well as Mariano Gabitto and Richard Bonneau of the Flatiron Institute, the researchers have discovered genetic and molecular factors that allow the two populations of interneurons to develop different identities.

Fishell’s team knew from previous work that despite their differences, PV and SST cells arise from the same cell type. To determine what factors might influence how and when the cells diverge, the researchers used a combination of RNA sequencing, which provides information about how genes are expressed, and a technique called Assay for Transposase-Accessible Chromatin using sequencing, or ATAC-seq, to analyze the two cell types. ATAC-seq reveals which parts of chromatin — the tightly wound package of DNA and protein in the cell’s nucleus — are accessible to the cell’s protein-making machinery.

“When you bring these two data sets together, it’s a really rich data source for building amazing computational models for gene regulation,” said Kathryn Allaway, co-first author of the study and a graduate student in Fishell’s lab when the research took place.

Using these data, the researchers built maps showing how molecular regulators — such as complexes of DNA, RNA, and proteins — interconnect to control gene expression in mouse PV and SST cells. In collaboration with Richard Bonneau at the Flatiron Institute, Fishell’s team modeled these gene regulatory networks computationally. 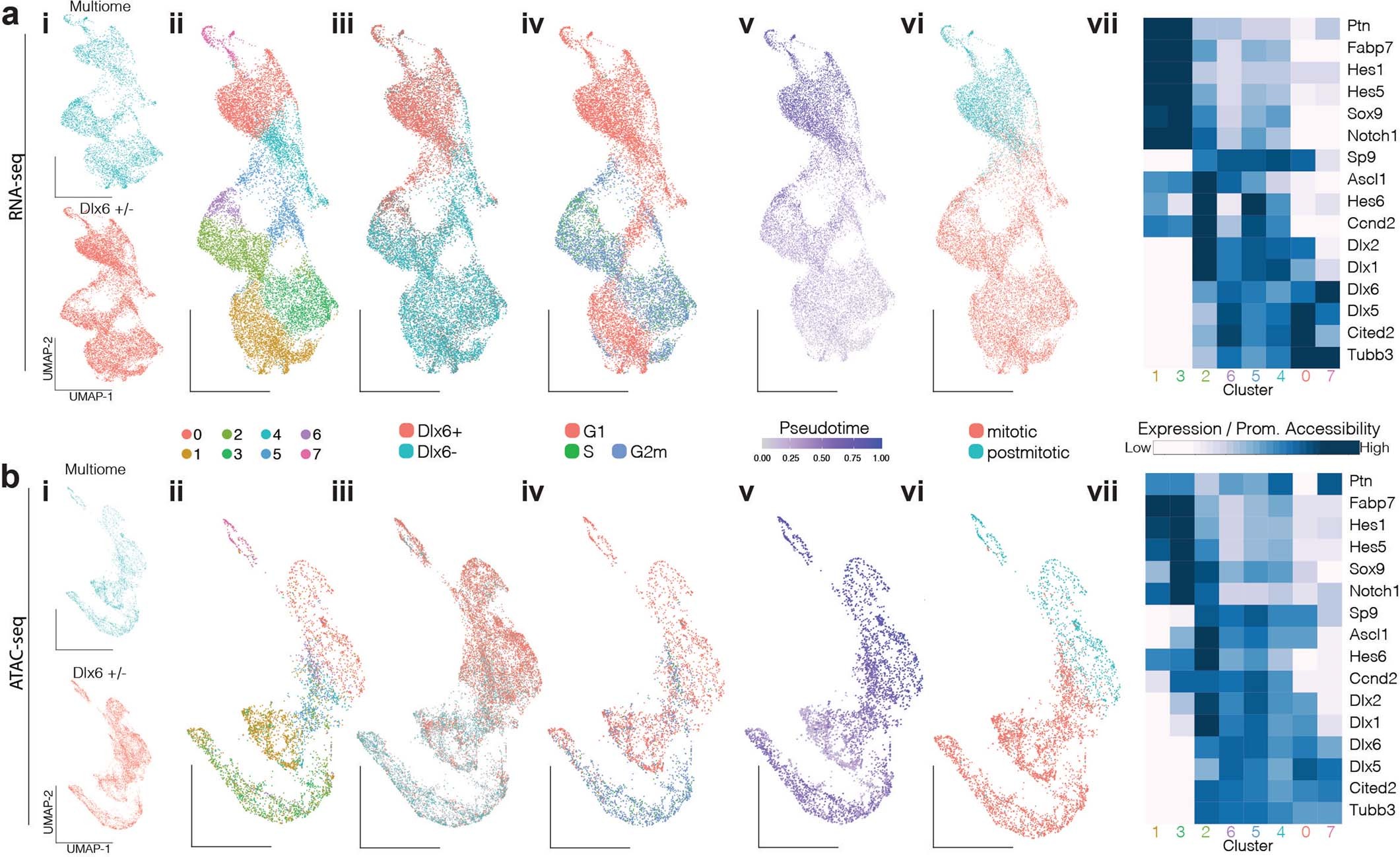