In 1995, two University of Chicago-based cancer specialists suggested there was an intermediate state—somewhere between curable localized cancers and lethal widespread disease—for patients with metastatic cancer.

Those physicians, Samuel Hellman and Ralph Weichselbaum, both still at the University of Chicago, labeled that clinically significant intermediate state “oligometastasis,” Greek for “a few that spread.” They focused on tumors that had migrated from an initial cancer in the colon or rectum to one or a few distant sites.

They also made the controversial suggestion that many of these patients, depending on the extent of disease burden, could be cured with surgery or targeted radiation therapy.

Twenty-three years later, Weichselbaum, Hellman, the Pritzker Distinguished Service Professor Emeritus and former dean of the biological sciences at the University of Chicago, and colleagues, working with patients in treatment for colorectal cancer, have confirmed their oligometastasis hypothesis and for the first time have identified molecular patterns that can be used to predict which patients are most likely to benefit from surgery, leading to long-term survival.

“This is a paradigm shift in the treatment of metastatic disease,” said Weichselbaum, MD, the Daniel K. Ludwig Distinguished Service Professor, chair of radiation and cellular oncology at UChicago and director of the Ludwig Center for Metastasis Research.

“Our results point to a molecular basis for oligometastasis that can pretty reliably predict clinical outcomes. In a series of colorectal cancer patients with limited spread of disease to the liver, we were often able to achieve prolonged survival. We think this approach could be applied to many types of cancer.”

In the May 4, 2018, issue of the journal Nature Communications, the researchers describe results from 134 patients (median age 61) with cancer of the colon (72 percent) or rectum (28 percent) that had spread to the liver. These patients were treated with perioperative chemotherapy (5-flourouracil based) followed by surgical removal of all detectable signs of cancer that had spread to the liver.

“We performed DNA sequencing, RNA sequencing for gene expression, microRNAs and microsatellite instability for each patient,” Weichselbaum said. The data sort patients into three distinct groups—subtypes 1, 2 and 3—with about a third in each group. “This is a separation, primarily based on molecular analysis,” Weichselbaum said.

Group 2 had the highest 10-year survival rates, followed by Group 1 and Group 3 with just 20 percent.

When the team took a closer look at the tumor microenvironment around cancers that had spread to the liver, however, they found that subtype-2 tumors seemed to trigger an immune response that helped rein in new tumor growth.

So they selected those subtype 2 tumors and reclassified them, based on their molecular determinants combined with clinical data. 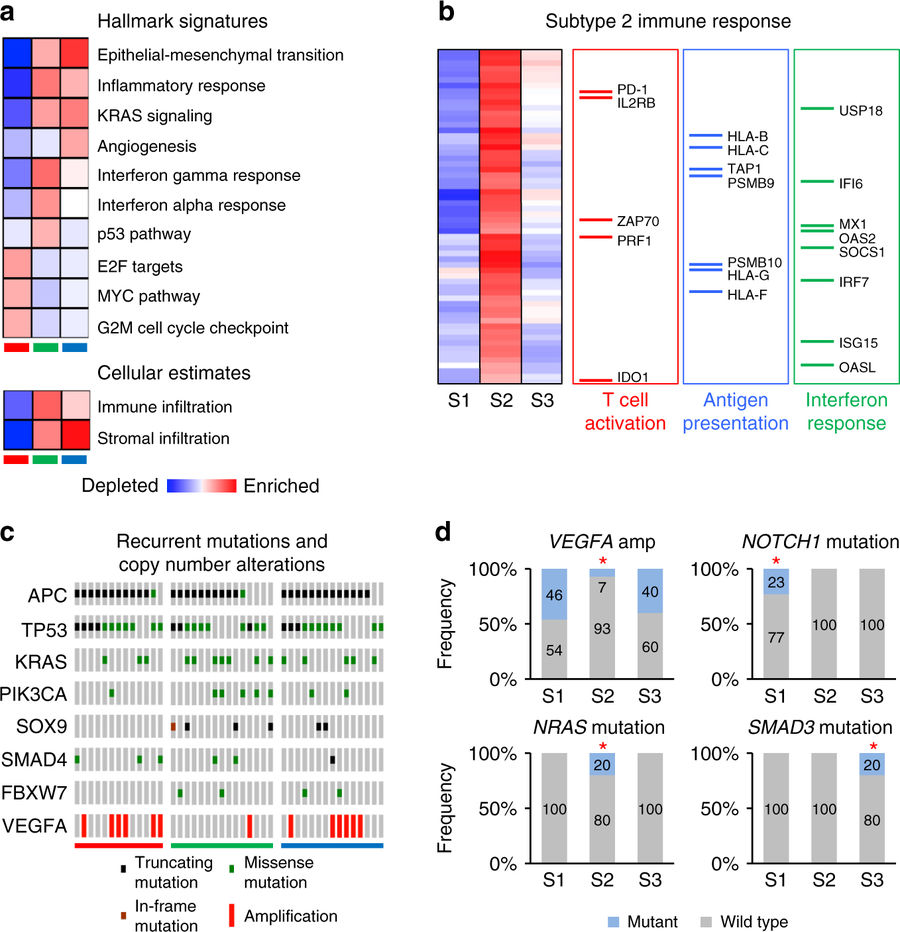 Our results “open the door to look at broader sets of metastasis,” Weichselbaum said. “Oligo is just a subset, a lower bound of metastasis. We want to know what happens when a patient has a little more than oligo. We arbitrarily started thinking of treating one to five metastases. Now we want to see if maybe, combined with other therapies, we could treat 10 or 20.”

The findings provide a “framework for integrated classification and treatment of metastasis,” the authors wrote. This study, the first to combine clinical and molecular data to treat limited metastatic disease, was able to amplify predicted differences. The results should improve treatment of patients with potentially curable colorectal liver metastases.

Tagged with: cancer University of Chicago