Northwestern Medicine studies are improving the understanding of epigenetic mechanisms in cancer development and progression, as well as pinpointing genes that drive the development of cancers, which may help identify patients who will benefit from immunotherapy. The research was led by Qi Cao, PhD, associate professor of Urology. 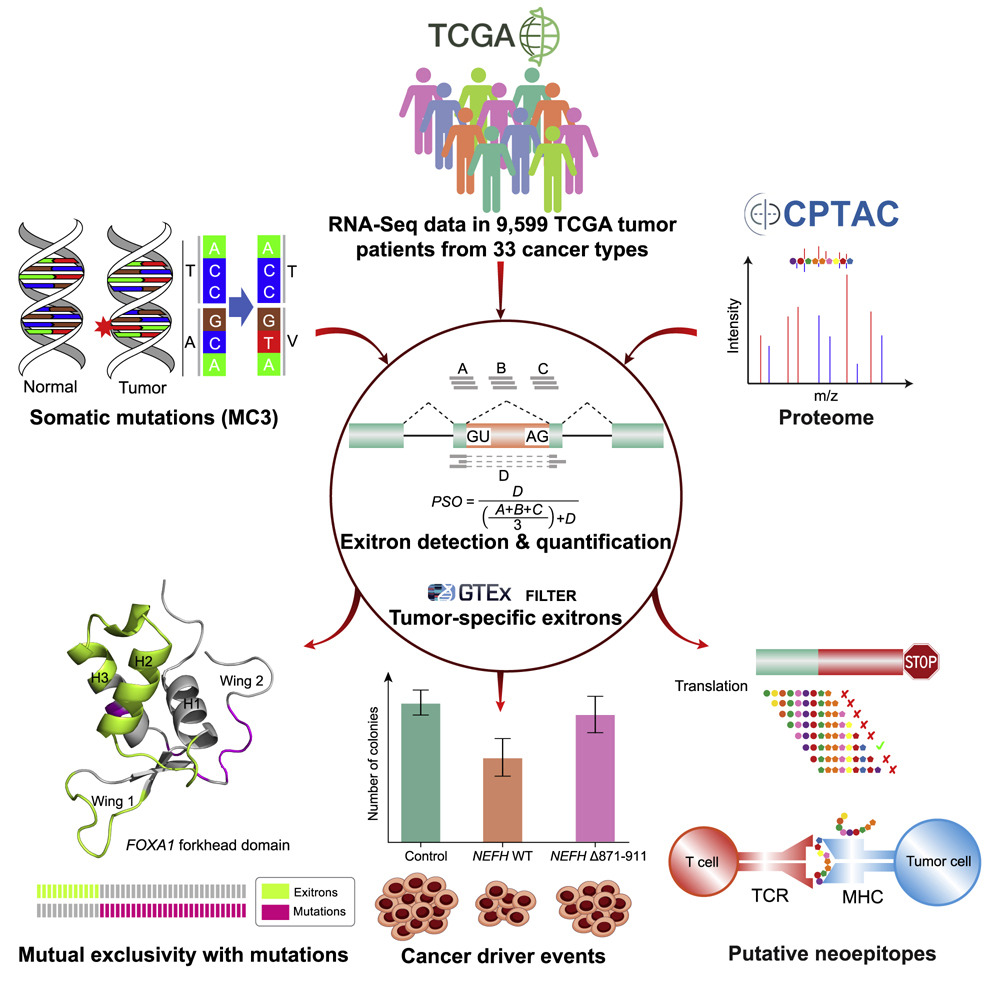 RNA splicing is a process in which newly made mRNA is transformed into mature mRNA. During this process, introns (non-protein coding regions of RNA) are removed, and exons (protein-coding regions of RNA) are joined together.Genes enriched with exitron splicing (EIS) have the capacity to act as a driver of cancer development and may serve as promising therapeutic targets, according to findings published in Molecular Cell. Cao and Qi Liu, PhD, a postdoctoral fellow in the Cao Laboratory, were co-authors of the study.

An alternative type of RNA splicing is EIS, in which some introns usually cut out of an RNA sequence are preserved, which creates a “cryptic intron” called an exitron, an RNA sequence that results in altered protein structure and function and can mimic the outcome of genetic alterations.

Exitrons specifically are spliced internal regions of exons and are retained under normal conditions. Because they are internal parts of the exons, they do not contain stop codons, which normally signal the end of the translation process of an mRNA sequence.

While EIS is has been poorly understood, recent research suggests a role for EIS in cancer, specifically that the proteins encoded by exitron-spliced mRNAs may contribute to cancer development, according to the authors.

For the current study, the investigators analyzed transcriptome sequencing data from 10,000 samples across 33 cancer types and discovered that EIS affected 63 percent of human coding genes, with 95 percent of those events being tumor-specific.

“This expands significantly on previous studies that indicated that only 4 percent of genes display EIS,” Cao said.

They also found that genes enriched for significantly exitron-spliced genes (SEGs) were mutually exclusive with significantly mutated genes in cancer. Further analysis of SEGs revealed the gene NEFH as a novel tumor suppressor in prostate cancer.

Previous work has also demonstrated the role of mRNA splicing in generating tumor neoantigens, which are proteins that form on tumor cells and play a role in the body’s immune response to cancer. That work, coupled with the current findings, could help identify patients who best respond to immunotherapy as well as aid the development of new therapeutic strategies, according to Cao.

While findings reveal that SEGs have the potential to be cancer driver genes, most SEGs are understudied. For next steps, Cao said the team hopes to systematically characterize the functions of SEGs.

“In addition, our present analysis of the immunogenicity of EIS-derived neoantigens was mainly driven by availability within the public datasets. Further work to experimentally demonstrate T cell recognition of identified neoantigens in the tumor or peripheral blood will be crucial to prioritize cancer immunotherapy targets in clinical trials,” Cao said.