Northwell Health’s Feinstein Institute for Medical Research Associate Professor Ona E. Bloom, PhD, along with colleagues at the Marine Biological Laboratory (MBL), published today in Scientific Reports that many of the genes that repair an injured spinal cord in a fish called the lamprey are also active in the repair of the peripheral nervous system in mammals. This discovery is significant because it shows the possibility that the same or similar genes may be used to improve spinal cord repair in other animals and perhaps eventually lead to therapeutic developments for humans.

“Scientists have known for many years that the lamprey achieves spontaneous recovery from spinal cord injury, but we have not known the molecular recipe that accompanies and supports this remarkable capacity,” said Dr. Bloom, associate professor at the Feinstein Institute and associate professor and director of research at the Zucker School of Medicine at Hofstra/Northwell. “In this study, we have determined all the genes that change during the course of recovery in the lamprey. Now that we have that information, we can use it to test if specific pathways are actually essential to the process.”

Lampreys are jawless, eel-like fish that, about 550 million years ago, shared a common ancestor with humans. The observation that a lamprey can fully recover from a severed spinal cord without medication or other treatment is what spurred this study. They can go from paralysis to full swimming behaviors in 10 to 12 weeks.

The researchers performed RNA-Seq analysis on spinal cord and brain during regeneration after spinal cord injury in the sea lamprey. The increasing ease of performing RNA-Seq, which uses direct sequencing without prior sequence information, is aiding a greater understanding of molecular responses in species with historically limited genomic resources such as lamprey.

The researchers analyzed the lampreys’ healing process to determine which genes and signaling pathways were activated as compared to a non-injured lamprey. They found the expression of many genes in the spinal cord change over time with recovery and that a number of genes also change in the brain. They also saw that many of the genes associated with the response to spinal cord injury are part of the Wnt signaling pathway, which also plays a role in tissue development and in regeneration in several other animals, like salamanders and zebrafish. These data suggest specific signaling pathways that may be different after spinal cord injury in mammals, like humans, which do not have the same natural regenerative responses. 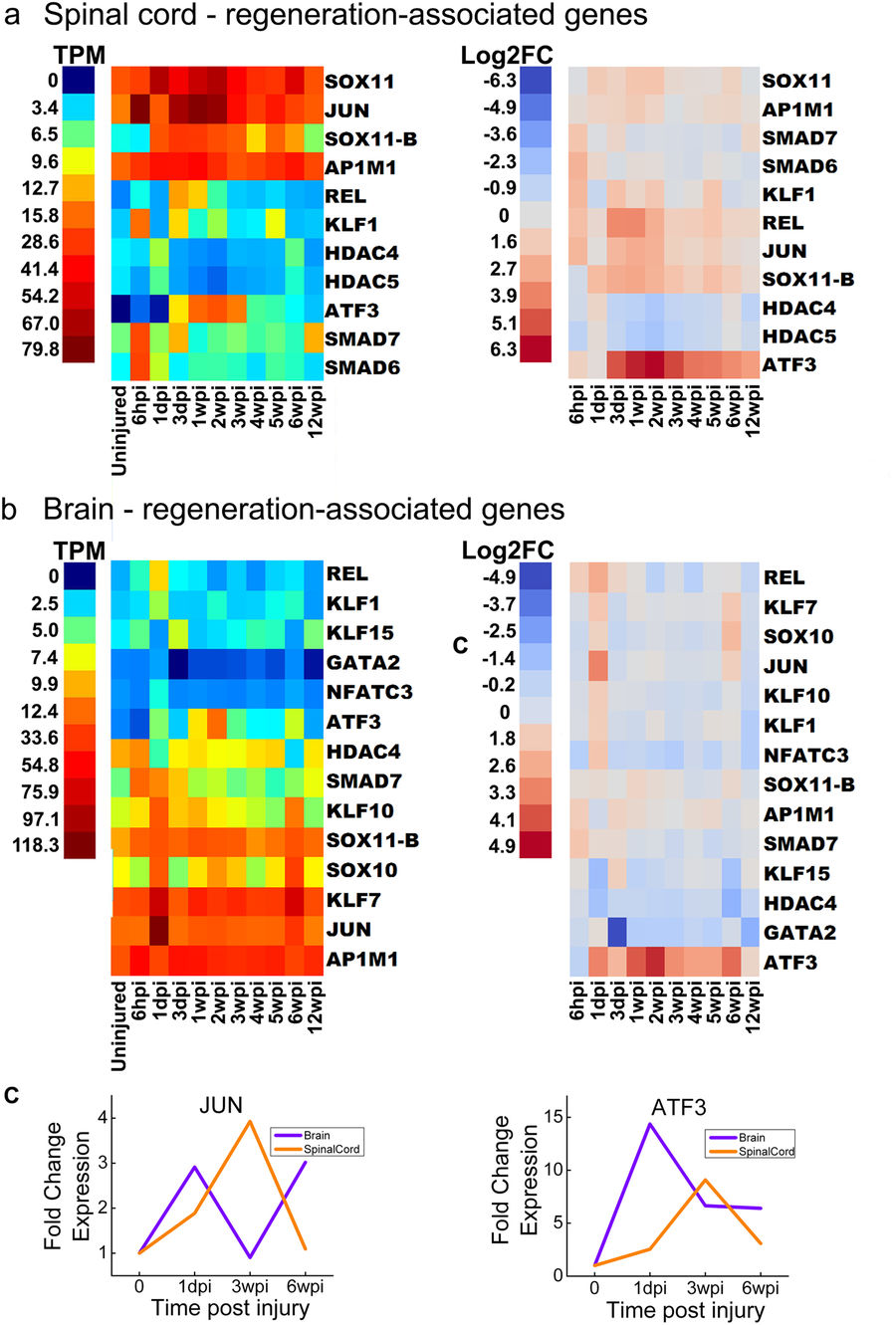 “[This study] involved several different labs located in different parts of the country with different types of expertise, but it absolutely could not and would not have been done without the support of the MBL that allows us to work collaboratively in a shared laboratory setting,” said Jennifer Morgan, director of the MBL’s Eugene Bell Center for Regenerative Biology and Tissue Engineering, one of the authors of the study.