Epigenetics refers to external modifications to DNA that do not change the DNA sequence but can control gene expression, the “on” and “off” status of genes. Epigenetic alterations can be influenced by several elements such as age and environment/lifestyle, and many aberrant modifications can lead to several diseases like cancer and neurodevelopmental disorders.

The research team found that the best model generated included 67 features covering all four types of data (CpG methylation, histone H3 modification, nucleotide sequence and conservation), with histone H3 methylation modification (32 features) and CpG methylation (15 features) appearing as the most frequent, suggesting their importance to predict gene expression. The promoter regions of the genes (a sequence that acts as a switch controlling the on-and-off expression of genes) were also found to be major contributors for an accurate prediction of gene expression. 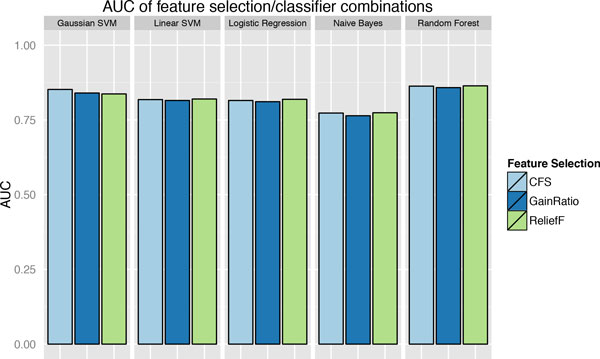 The researchers concluded that, based on a broad list of genomic and epigenomic features, they have created an accurate model to predict RNA differential expression in lung cancer where CpG methylation features are the most important for the prediction. The research team developed this model based on data on lung cancer, which is the primary cause of cancer deaths in both men and women in the world. However, they suggest that future studies should be conducted to investigate general epigenetic predictors for differential gene expression also in other types of cancer.

Availability – The classification model is available at: https://github.com/lanagarmire/epiPredictor