Using a systems biology approach, they discovered that GM6, a 6-amino acid peptide drug modeled upon an endogenous embryonic stage neurotrophic factor, has multi-target effects consisted with a neurotrophic factor, leading to improved survival of neurons in neurodegenerative patients. 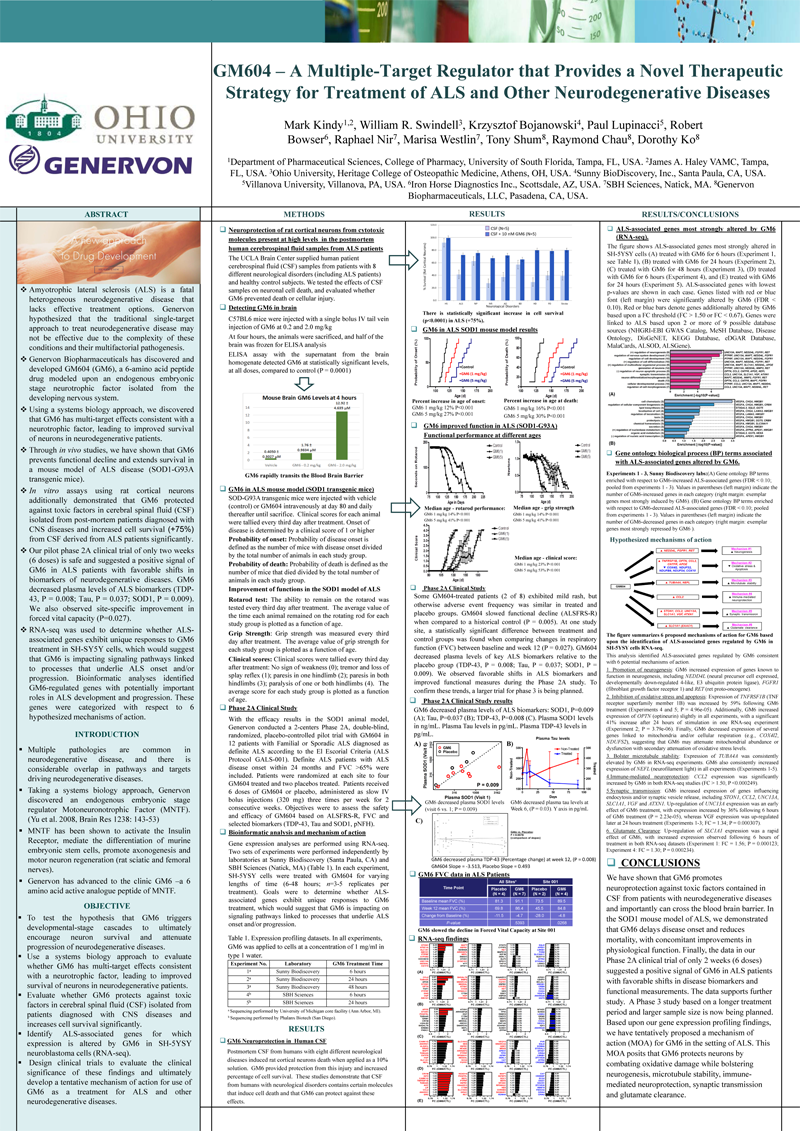 Genervon Biopharmaceuticals presented its recent findings at the 28th national symposium on ALS/MND in Boston on Saturday, December 9, 2017.

The researchers have shown that GM6 promotes neuroprotection against toxic factors contained in CSF from patients with neurodegenerative diseases and importantly can cross the blood brain barrier. In the SOD1 mouse model of ALS, they demonstrated that GM6 delays disease onset and reduces mortality, with concomitant improvements in physiological function. Finally, the data in our Phase 2A clinical trial of only 2 weeks (6 doses) suggested a positive signal of GM6 in ALS patients with favorable shifts in disease biomarkers and functional measurements. The data supports further study. A Phase 3 study based on a longer treatment period and larger sample size is now being planned.