Researchers believe that autism is caused by mutations that occur sporadically in the egg or sperm or during pregnancy. Activity-dependent neuroprotective protein (ADNP) is a dominant gene whose de novo (during pregnancy) mutations are known to cause autism-related intellectual disabilities. A new Tel Aviv University study has found that ADNP mutations continue to occur in old age and accumulate in the brains of Alzheimer’s disease patients.

“We discovered thousands of mutations in aging human brains, especially in the individual Alzheimer’s brains,” explains Prof. Gozes. “We were surprised to find a significant overlap in Alzheimer’s genes undergoing mutations with genes that impact autism, intellectual disability and mechanisms associated with the cell skeleton/transport system health. Importantly, the cell skeleton/transport system includes the protein Tau, one of the major proteins affected in Alzheimer’s disease, which form the toxic neurofibrillary tangles.”

The protein ADNP was first discovered in Prof. Gozes’s laboratory at TAU 20 years ago. Postmortem studies have indicated that it undergoes mutations in the aging Alzheimer’s brain.

“Brain changes associated with Alzheimer’s disease may begin 20 or more years before any symptoms appear,” adds Prof. Gozes. “As neuronal damage increases, the brain can no longer compensate for the changes, and individuals show cognitive decline. Currently, the diagnosis of Alzheimer’s occurs when the brain damage of individual patients is already widespread, so that current drugs can at most offer symptomatic relief. But they provide no cure.”

In their new study, Prof. Gozes and her group propose a paradigm-shifting concept in the understanding of Alzheimer’s disease. According to the research, accumulating mosaic somatic mutations — uninherited genetic alterations passed on during cell division — promote brain pathology. This could provide an avenue toward developing new diagnostic measures and therapies.

Through a complete sequencing of protein encoding DNA (a technique called RNA-sequencing) and further bioinformatics analysis, the team identified thousands of mutations in the aging Alzheimer’s brain. Further sophisticated cell cultures and live cell imaging technologies allowed for the identification of protective molecules that could serve as potential drug candidates. 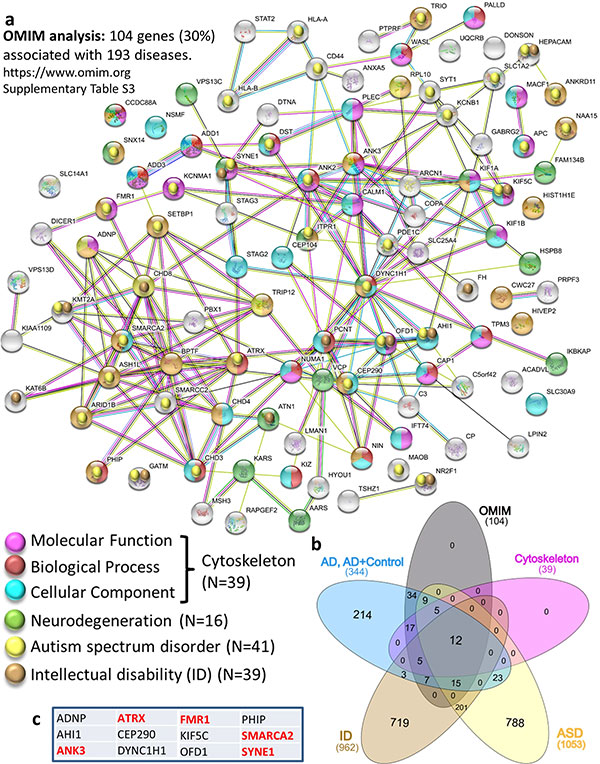 “We found in cell cultures that the ADNP-derived snippet, the drug candidate NAP, inhibited mutated-ADNP toxicity and enhanced the healthy function of Tau, a key brain protein involved in Alzheimer’s disease and other brain diseases,” says Prof. Gozes. “We hope that new diagnostics and treatment modes will be developed based on our discoveries.”