Mapping of a certain group of cells, known as oligodendrocytes, in the central nervous system of a mouse model of multiple sclerosis (MS), shows that they might have a significant role in the development of the disease. The discovery can lead to new therapies targeted at other areas than just the immune system. The results are published in Nature Medicine by researchers at Karolinska Institutet in Sweden.

2.5 million people around the world live with MS, with approximately 18,000 people in Sweden, and about 1,000 new cases annually. MS develops when the immune system’s white blood cells attack the insulating fatty substance known as myelin that coats nerve fibres in the central nervous system. This interferes with the proper transmission of nerve electric signals and causes the symptoms of the disease. While it is unknown why the immune system attacks the myelin, a study by researchers at Karolinska Institutet shows that the cells that produce myelin, oligodendrocytes, might play an unexpected role. Oligodendrocytes are one of the most common types of cell in the brain and spinal cord.

“Our study provides a new perspective on how multiple sclerosis might emerge and evolve” says Gonçalo Castelo-Branco, associate professor at the Department of Medical Biochemistry and Biophysics, Karolinska Institutet. “Current treatments mainly focus on inhibiting the immune system. But we can now show that the target cells of the immune system in the brain and spinal cord, oligodendrocytes, acquire new properties during disease and might have a higher impact on the disease than previously thought.”

“We also see that some genes that have been identified as those that cause a susceptibility to MS are active (expressed) in oligodendrocytes and their progenitors,” says Ana Mendanha Falcão, joint first author of the study with David van Bruggen, both at the Department of Medical Biochemistry and Biophysics at Karolinska Institutet.

“All in all, this suggests that these cells have a significant role to play either in the onset of the disease or in the disease process,” says David van Bruggen.

The study was conducted using the recently developed technique, single-cell RNA sequencing, which provides scientists with a snapshot of the genetic activity of single cells and therefore with a much more effective means of differentiating the properties of individual cells. This has made it possible for researchers to identify the various roles and functions of the different cells. 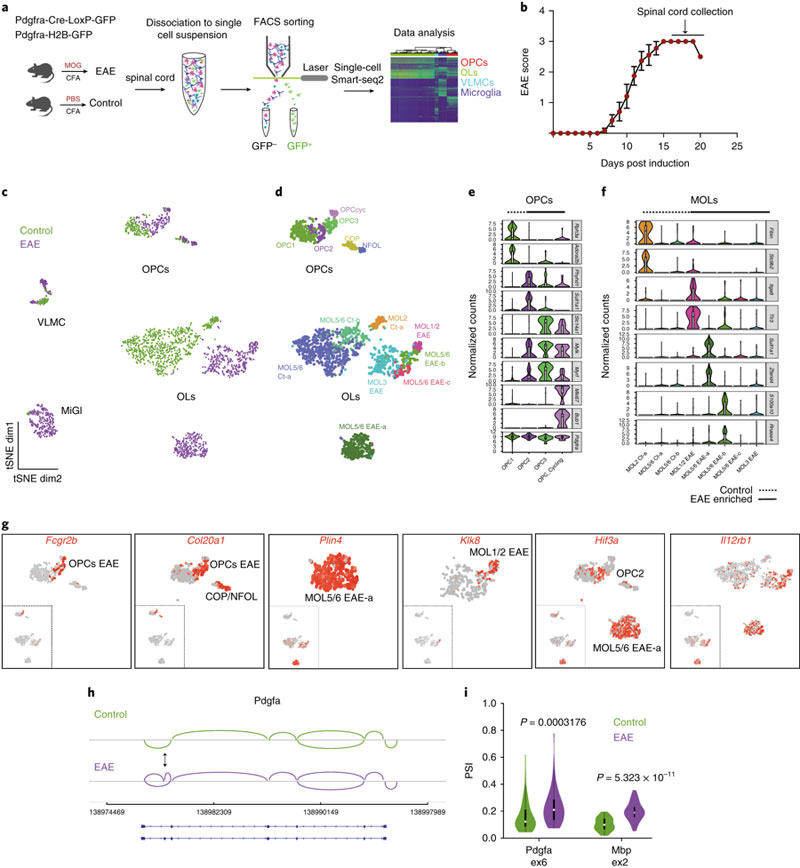 Although the study was largely conducted on mice, some of the results have also been observed in human samples.

“We will now continue with further studies to ascertain the part played by the oligodendrocytes and their progenitor cells in MS,” says Gonçalo Castelo-Branco. “Further knowledge can eventually lead the way to the development of new treatments for the disease.”