It turns out that the squid can actually edit its own genetic makeup on the fly. Scientists have discovered that this animal can modify most of its proteins in order to enable adjustments into its immediate surroundings, giving it a survival advantage. 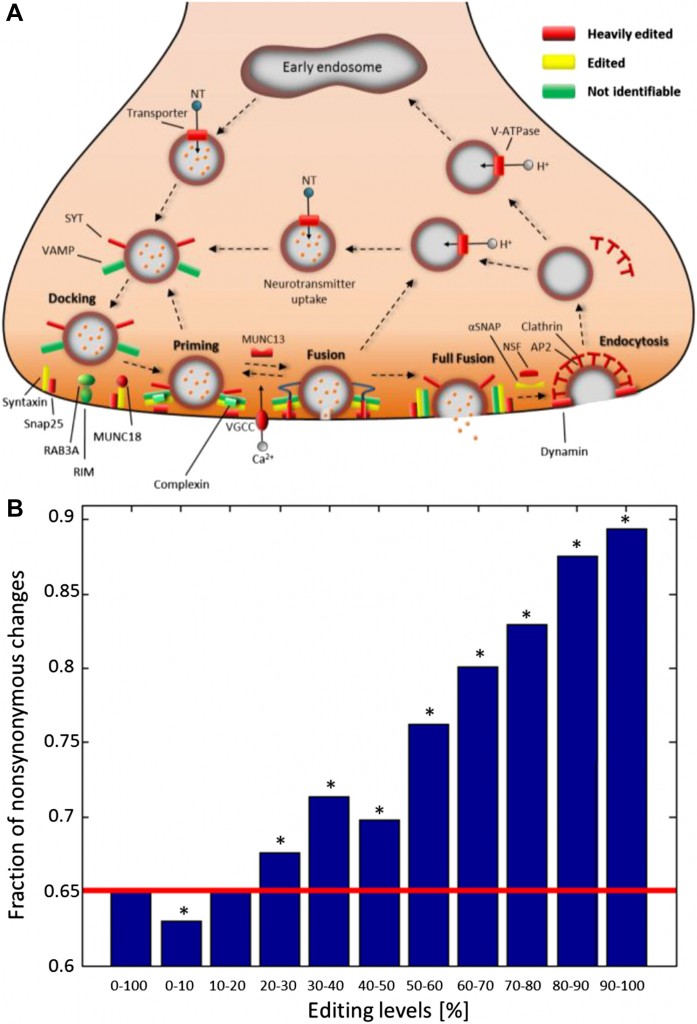 In this case, the researchers explored RNA editing in the Dorytheuthis pealeii squid. RNA is a copy of a genetic code that is translated into protein. However, the RNA “transcript” can be edited before being translated into protein, paving the way for different versions of proteins. Squid and octopus change their physiological appearance over their lifetime; this, in particular, suggests that extensive recoding may occur in these species. However, this could never be confirmed-until now.

The scientists extracted both DNA and RNA from the squid. Using DNA sequencing, the researchers then observed the differences. The sequences in which the RNA and DNA did not match up were identified as “edited.” In all, they found that about 60 percent of the squid RNA transcripts were edited.

“We have demonstrated that RNA editing is a major player in genetic information processing rather than an exception to the rule,” said Eli Eisenberg, one of the researchers, in a news release. “By showing that the squid’s RNA-editing dramatically reshaped its entire proteome-the entire set of proteins expressed by a genome, cell, tissue or organism at a certain time-we proved that an organism’s self-editing of mRNA is a critical evolutionary and adaptive force.”

But why do squid edit so much? One theory is that they have an extremely complex nervous system, exhibiting behavioral sophistication that’s unusual for invertebrates. They may also use this editing system to respond to changing temperatures or other environmental conditions.

Currently, the researchers hope to identify recoding sites in other organisms, as well. This may tell them how prevalent this phenomenon is in the animal world.