This is the first description of the relationship between chronic ethanol self-administration and the brain transcriptome in a non-human primate (rhesus macaque). Thirty-one male animals self-administered ethanol on a daily basis for over 12 months. Gene transcription was quantified with RNA-Seq in the central nucleus of the amygdala (CeA) and cortical Area 32. Oregon Health and Science University researchers constructed coexpression and cosplicing networks, and they identified areas of preservation and areas of differentiation between regio2uuuu w ns and network types. Correlations between intake and transcription included largely distinct gene sets and annotation categories across brain regions and between expression and splicing; positive and negative correlations were also associated with distinct annotation groups. Membrane, synaptic and splicing annotation categories were over-represented in the modules (gene clusters) enriched in positive correlations (CeA); the cosplicing analysis further identified the genes affected only at the exon inclusion level. In the CeA coexpression network, the reaserchers identified Rab6b, Cdk18 and Igsf21 among the intake-correlated hubs, while in the Area 32, they identified a distinct hub set that included Ppp3r1 and Myeov2. Overall, the data illustrate that excessive ethanol self-administration is associated with broad expression and splicing mechanisms that involve membrane and synapse genes. 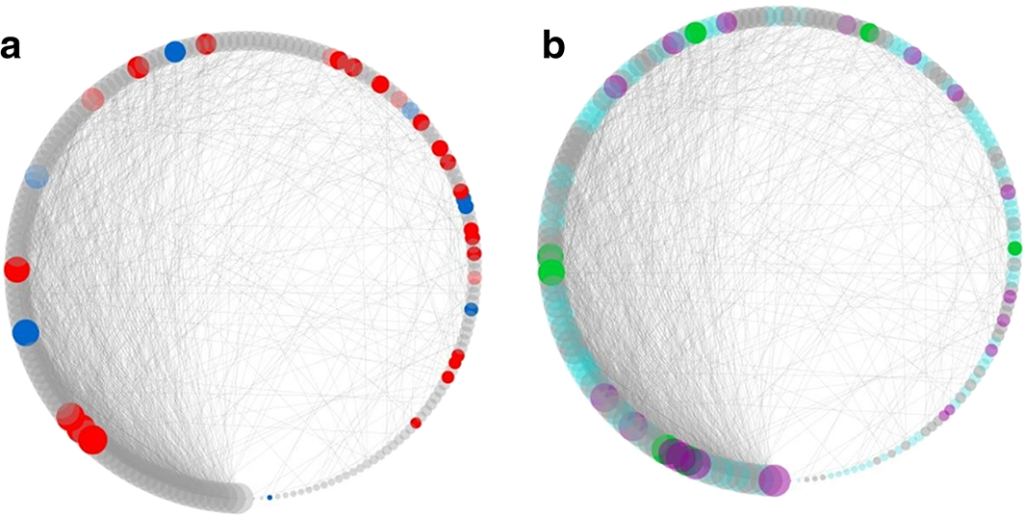