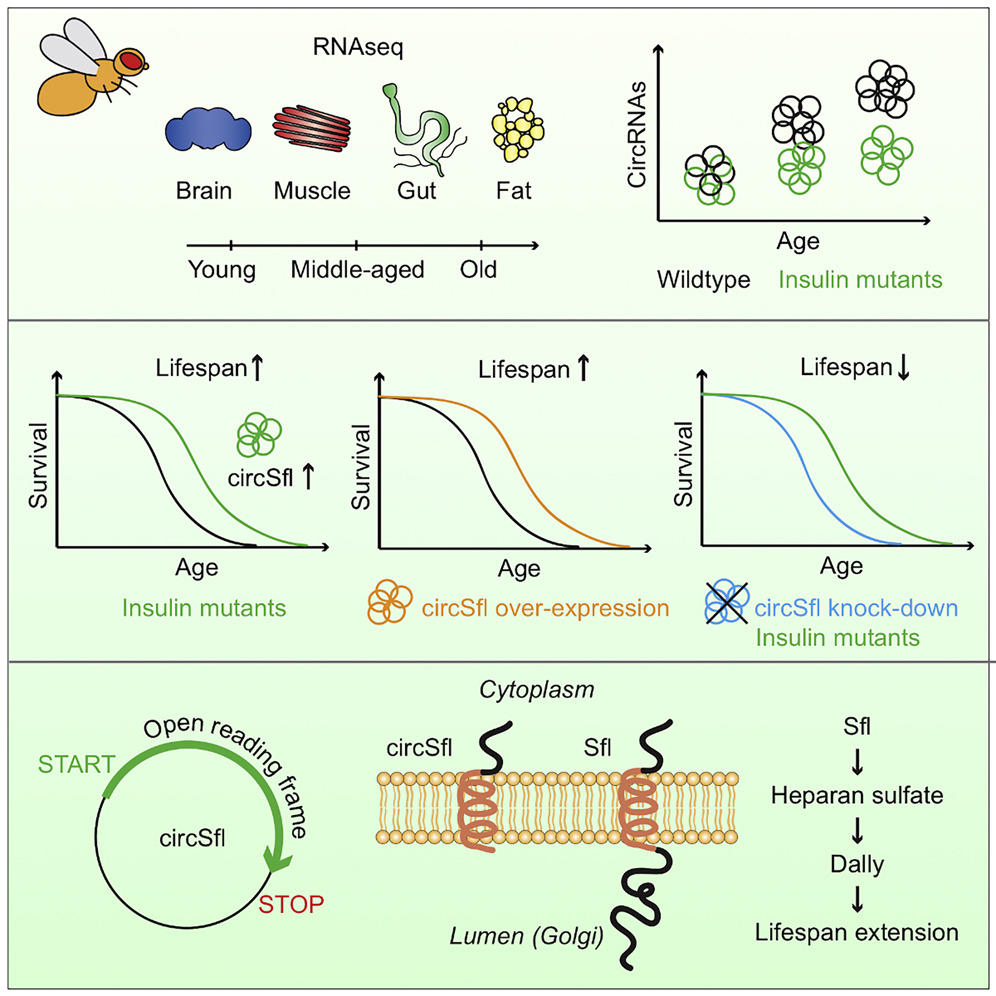 Ribonucleic acid, or RNA, is part of our genetic code and present in every cell of our body. The best known form of RNA is a single linear strand, of which the function is well known and characterized. But there is also another type of RNA, so-called “circular RNA”, or circRNA, which forms a continuous loop that makes it more stable and less vulnerable to degradation. CircRNAs accumulate in the brain with age. Still, the biological functions of most circRNAs are not known and are a riddle for the scientific community. Now scientists from the Max Planck Institute for Biology of Ageing have come one step closer to answer the question what these mysterious circRNAs do: one of them contributes to the ageing process in fruit flies. 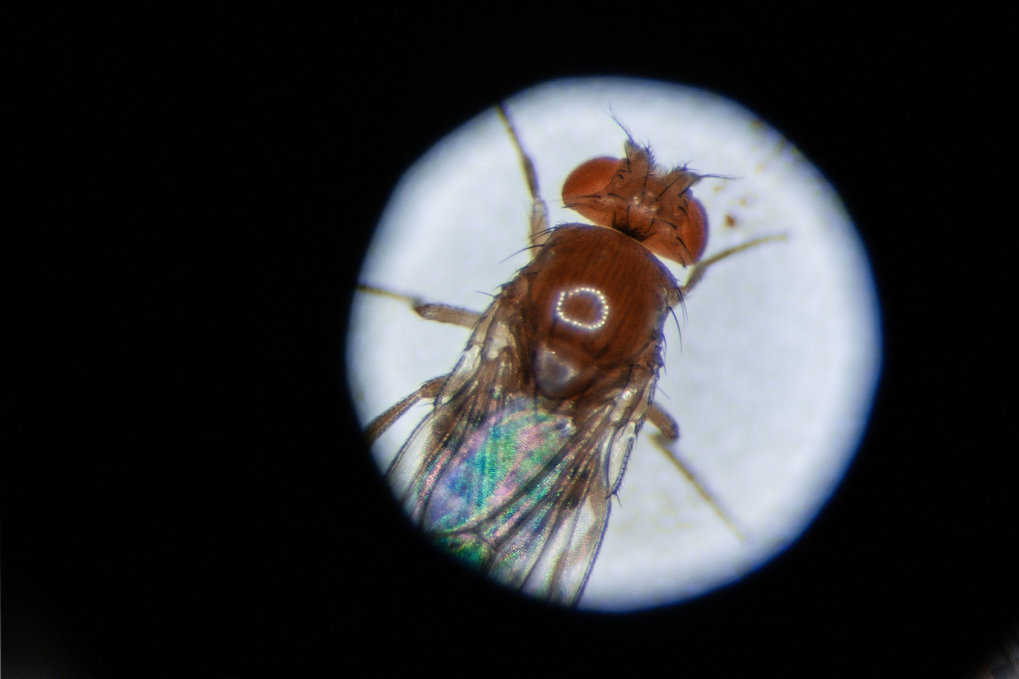 The fruit fly Drosophila melanogaster as seen in a microscope.

Carina Weigelt and other researchers in the group led by Linda Partridge, Director at the Max Planck Institute for Biology of Ageing, used fruit flies to investigate the role of the circRNAs in the ageing process. “This is unique, because it is not very well understood what circRNAs do, especially not in an ageing perspective. Nobody has looked at circRNAs in a longevity context before”, says Carina Weigelt who conducted the main part of the study. She continues: “Now we have identified a circRNA that can extend lifespan of fruit flies when we increase it, and it is regulated by insulin signaling”.

The insulin pathway regulates ageing, metabolism, reproduction and growth in worms, flies and humans. When this pathway is blocked by different methods, for instance by using genetically modified flies that lack insulin, the flies live longer. But it is not known how exactly this happens. The scientists now believe that part of the answer could lie with the circRNAs. They found a specific circRNA, called circSulfateless (circSfl), that behaved differently compared to other circRNAs. CircSfl was expressed at much higher levels in the long-lived fruit flies that lacked insulin as compared to normal flies. Furthermore, when flies were genetically manipulated to have higher level of circSfl, these flies also lived longer. These findings show that not only is circSfl dependent on insulin – circSfl itself can also directly influence the lifespan of fruit flies.

In the cells the necessary proteins that the body needs for all sorts of functions are made from normal linear RNAs, but generally not from circular RNAs. Again, the scientists found another difference between circSfl and other circular RNAs: a protein is indeed made from circSfl. The exact function of this protein is not known, but Carina Weigelt says: “ The circSfl protein is similar but not identical to the classical Sfl protein originating from the linear Sfl RNA. We don’t know exactly how the circSfl-derived protein influences ageing, but perhaps it interacts with similar proteins as the regular Sfl protein.”

What does this mean for ageing research? Carina Weigelt says: “We want to understand how ageing works and why the flies lacking insulin are long-lived. It seems like one of the mechanisms is circSfl. We now want to further investigate the ageing process by looking at other circular RNAs also in other animals.” Because circular RNAs also accumulate in the mammalian brain, these findings most likely also have important implications for humans.