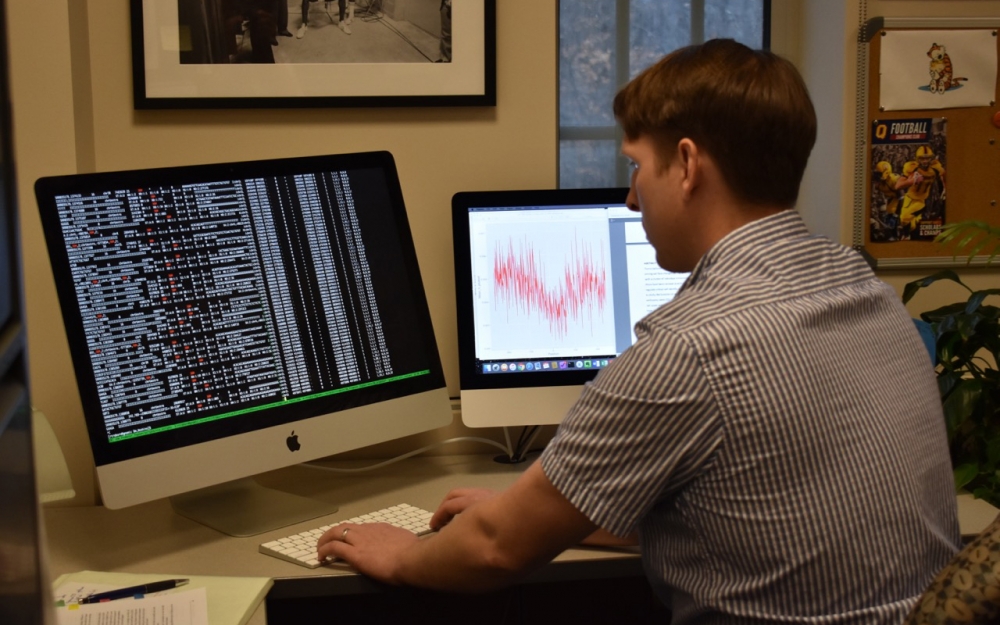 from the Indiana Daily Student by Hussain Ather –

Volker Brendel, professor of biology and computer science, looks at strings of numbers on a dark computer screen. Behind the data lie the solutions to hunger and malnutrition.

At the crossroads of computer science and biology, bioinformatics scientists use software to study genetics down to the nucleotide — a single base of DNA.

Brendel, recently named a fellow of the American Association for the Advancement of Science, uses a mix of experimental and computational work to study rice genetics with the hopes of addressing global issues in hunger and malnutrition.

“The plant breeders and the plant genomics scientists are working together really heavily to figure out what are the sensible approaches to potentially increase the yield and in particular to make the plants more resistant to stresses,” Brendel said.

Working with rice researchers from Iowa to the Philippines, Brendel studies the genomes, the genetic material of an organism, that make each plant the way it is.

The global quantity of rice, a major source of food in the world, can easily be lost due to pathogens or high salt concentrations, Brendel said.

“Even a small change in temperature will bring in different tolerances in plants,” Brendel said.

As population worldwide increases and the amount of arable land available doesn’t, scientists like Brendel work to make rice resistant to these stresses and, in turn, increase the crop’s yield.

In bioinformatics, experimental scientists extract DNA from crops in the lab and upload the information to computer databases.

Computational scientists then use software and data analysis to study the biological phenomena, such as proteins that control genetic expression or locations of DNA transcription into RNA — a precursor to proteins.

One such computational method, RNA-Seq, studies the RNA from experimental samples to identify areas of genetic expression in DNA.

Brendel uses RNA-Seq to compare genetic expression between salt-resistant and salt-tolerant rice to figure out what genetically makes these plants different.

With a balance of these two phases, experimental and computational, these scientists uncover ways to optimize plant growth.

With the immense size of these genomes, each 300 million nucleotides, Brendel’s lab harnesses the power of computers.

Brendel said scientists are still figuring out the best ways to analyze these 3,000 genomes.