Scars on the eyes of an Ebola survivor have led researchers to a ‘super cell’ that may have the potential to help contain the virus in future outbreaks.

A paper published in Translational Vision Science & Technology today describes how retinal pigment epithelial cells may act as a ‘reservoir’ for Ebola and keep it from spreading.

The team, from Emory University, Flinders University and the CSIRO in Australia, were examining the eyes of Dr Ian Crozier, a physician and Ebola survivor whose eye harboured Ebola virus in recovery when they began their investigations in the laboratory.

Their discovery of retinal scars in Dr Crozier’s eyes focused their attention on his epithelial cells.

Flinders researcher Professor Justine Smith said using RNA sequencing (RNA-SEQ), the researchers found a surprising and strong anti-viral reaction that can keep Ebola from spreading despite its ability to multiply in the retinal pigment epithelial cells.

“RNA-SEQ can look at all the molecules a cell turns on. We took an infected cell and an uninfected cell to compare and identify the strong anti-viral response,” she said.

They found Ebola able to multiply readily in the retinal pigment epithelial cells, but with the potential to be kept in check by an unexpectedly strong anti-viral response. 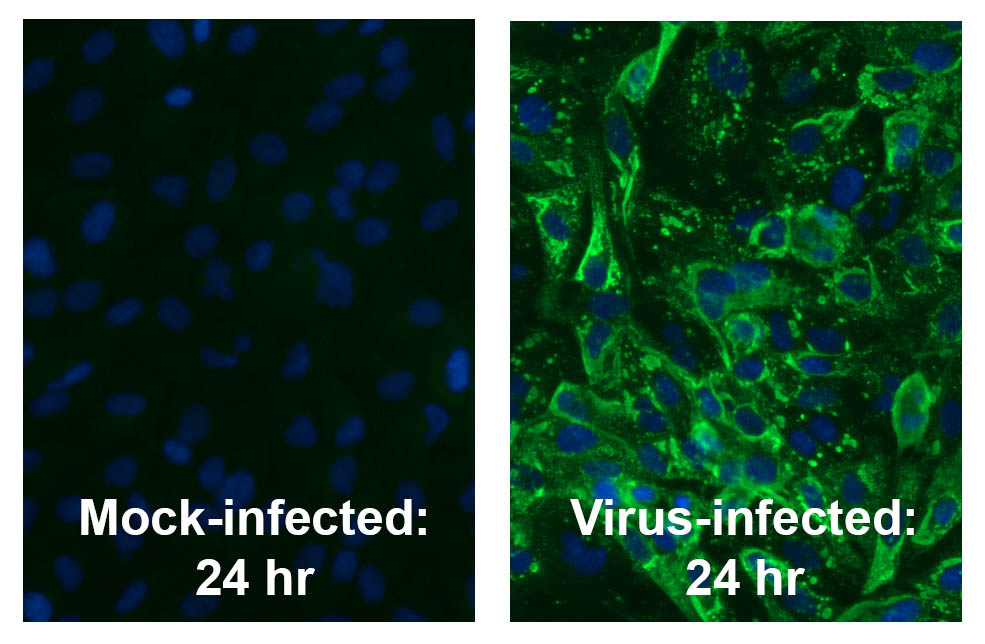 Notably for physicians concerned with the damaging inflammation often associated with the body’s immune response to Ebola, the cells also expressed molecules that could limit the ability of white blood cells to fight infection.

This would have the knock-on benefit of reduced inflammation at the site of infection. Essentially, the eyes would be able contain the virus, and by not trying to kill it, also avoid further damage to the host.

Flinders University’s Professor Justine Smith said that with further investigation, these findings could help to control and manage Ebola.

“While it might appear to be a bad thing that the eyes can harbor Ebola, this is not necessarily true if what we are looking at is actually a very clever containment of the virus by epithelial cells,” she says.

“Why this is so interesting is that Ebola employs powerful mechanisms to interfere with a cell’s ability to fight virus infection.

“In spite of these mechanisms, we see a situation develop where Ebola is contained in the eye and does not seem to be able to spread.

“In terms of how they seem to be able to limit Ebola activity and protect the human carrier from further infection, these epithelial cells appear to be something of a super cell.”