Scientists have identified key molecular events in the developing human embryo between days 7 and 14 – one of the most mysterious, yet critical, stages of our development.

The second week of gestation represents a critical stage of embryo development, or embryogenesis. Failure of development during this time is one of the major causes of early pregnancy loss. Understanding more about it will help scientists to understand how it can go wrong, and take steps towards being able to fix problems.

The pre-implantation period, before the developing embryo implants into the mother’s womb, has been studied extensively in human embryos in the lab. On the seventh day the embryo must implant into the womb to survive and develop. Very little is known about the development of the human embryo once it implants, because it becomes inaccessible for study.

Pioneering work by Professor Magdalena Zernicka-Goetz and her team developed a technique, reported in 2016, to culture human embryos outside the body of the mother beyond implantation. This enabled human embryos to be studied up to day 14 of development for the first time.

In a new study, the team collaborated with colleagues at the Wellcome Sanger Institute to reveal what happens at the molecular level during this early stage of embryogenesis. Their findings provide the first evidence that a group of cells outside the embryo, known as the hypoblast, send a message to the embryo that initiates the development of the head-to-tail body axis.

When the body axis begins to form, the symmetrical structure of the embryo starts to change. One end becomes committed to developing into the head end, and the other the ‘tail’.

The new results, published today in the journal Nature Communications, reveal that the molecular signals involved in the formation of the body axis show similarities to those in animals, despite significant differences in the positioning and organisation of the cells.

“We have revealed the patterns of gene expression in the developing embryo just after it implants in the womb, which reflect the multiple conversations going on between different cell types as the embryo develops through these early stages,” said Professor Magdalena Zernicka-Goetz in the University of Cambridge’s Department of Physiology, Development and Neuroscience, and senior author of the report.

She added: “We were looking for the gene conversation that will allow the head to start developing in the embryo, and found that it was initiated by cells in the hypoblast – a disc of cells outside the embryo. They send the message to adjoining embryo cells, which respond by saying ‘OK, now we’ll set ourselves aside to develop into the head end.’”

The study identified the gene conversations in the developing embryo by sequencing the code in the thousands of messenger RNA molecules made by individual cells. They captured the evolving molecular profile of the developing embryo after implantation in the womb, revealing the progressive loss of pluripotency (the ability of the embryonic cells to give rise to any cell type of the future organism) as the fates of different cells are determined. 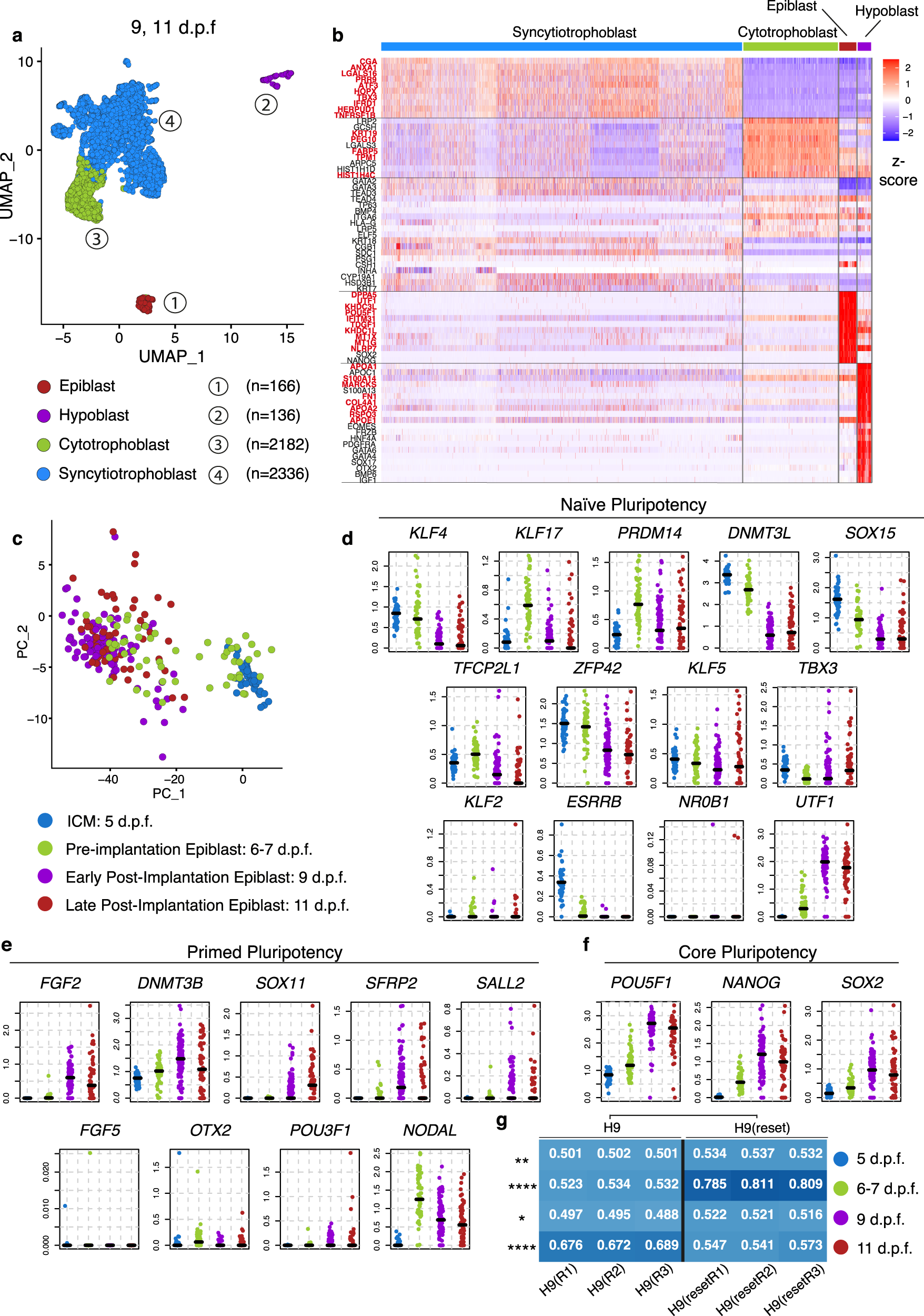 “Our goal has always been to enable insights to very early human embryo development in a dish, to understand how our lives start. By combining our new technology with advanced sequencing methods we have delved deeper into the key changes that take place at this incredible stage of human development, when so many pregnancies unfortunately fail,” said Zernicka-Goetz.