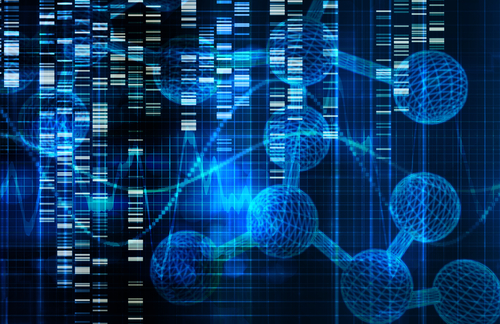 Researchers have identified that RNA markers in prostate biopsy samples and in the urine of prostate cancer patients are highly specific biomarkers for prostate cancer. The study, presented at the European Association of Urology Congress, is part of the research program RIBOLUTION (RIBOnucleic acid-based diagnostic soLUTIONs), an interdisciplinary consortium funded by the Fraunhofer Future Foundation, which aims to identify new RNA biomarkers for the development of novel diagnostic tests.

Current prostate cancer diagnosis relies on tests, such as the Prostate-specific antigen (PSA) test and the Prostate Cancer gene 3 (PCA3) test, which detects PCA3, a protein produced in abnormally high levels by prostate cancer cells. These tests, however, have a high rate of inaccuracy, leading to missed cancers or false positives. PSA levels, for example, may be elevated by a number of reasons unrelated to cancer, such as age or prostatitis. So there is a need for prostate cancer diagnostic tests with greater specificity and accuracy.

Researchers focused on non-coding RNAs, until recently regarded only as the non-protein producing RNAs that had no particular function. However, increasing evidence shows that these molecules may have a regulatory function in a number of physiological and pathological processes, such as development and progression of cancer.

The authors read about 200 million sequences from each of the 64 prostate biopsy samples, identifying more than 2,000 genes that presented a significant difference in cancer and control samples. Some of these non-coding RNAs had higher specificity and accuracy than established prostate markers.

Researchers also found these biomarkers in the urine of prostate cancer patients, confirming their accuracy to detect malignant cells. The team is now developing a highly specific and sensitive urine-based test based on a combination of biomarkers, which will hopefully translate into an accurate and early diagnosis of prostate cancer.

“Given that our initial results show a high specificity for prostate cancer in urine tests, the prospects are good that we will be able to translate this into a better test for prostate cancer,” Prof. Manfred Wirth, one of the study’s leaders, said in a press release. “We have several good candidate biomarkers; however, we are aiming to design a test which utilizes a combination of biomarkers. This will give significantly better specificity than existing tests. Our work on RNAs is allowing us to design a completely new kind of prostate cancer test.”

The project “RIBOLUTION – integrated platform for the identification and validation of innovative RNA-based biomarkers for personalised medicine” is a research alliance supported by the Fraunhofer Future Foundation.

Biomarkers are being sought that function as diagnostic indicators and reveal diseases, monitor their course, or predict the response to therapy. In addition, the process of biomarker-screening will be optimised and perfected by RIBOLUTION with the aid of technical innovations.