Researchers at the National Institutes of Health have successfully identified differences in gene activity in the brains of people with attention deficit hyperactivity disorder (ADHD). The study, led by scientists at the National Human Genome Research Institute (NHGRI), part of NIH, found that individuals diagnosed with ADHD had differences in genes that code for known chemicals that brain cells use to communicate. The results of the findings, published in Molecular Psychiatry, show how genomic differences might contribute to symptoms.

To date, this is the first study to use postmortem human brain tissue to investigate ADHD. Other approaches to studying mental health conditions include non-invasively scanning the brain, which allows researchers to examine the structure and activation of brain areas. However, these studies lack information at the level of genes and how they might influence cell function and give rise to symptoms.

The researchers used a genomic technique called RNA sequencing to probe how specific genes are turned on or off, also known as gene expression. They studied two connected brain regions associated with ADHD: the caudate and the frontal cortex. These regions are known to be critical in controlling a person’s attention. Previous research found differences in the structure and activity of these brain regions in individuals with ADHD.

As one of the most common mental health conditions, ADHD affects about 1 in 10 children in the United States. Diagnosis often occurs during childhood, and symptoms may persist into adulthood. Individuals with ADHD may be hyperactive and have difficulty concentrating and controlling impulses, which may affect their ability to complete daily tasks and their ability to focus at school or work.

With technological advances, researchers have been able to identify genes associated with ADHD, but they had not been able to determine how genomic differences in these genes act in the brain to contribute to symptoms until now.

“Multiple types of genomic studies are pointing towards the expression of the same genes,” said Gustavo Sudre, Ph.D., associate investigator in the Social and Behavioral Research Branch in NHGRI’s Intramural Research Program, who led this study. “Interestingly, these gene-expression differences were similar to those seen in other conditions, which may reflect differences in how the brain functions, such as in autism.” 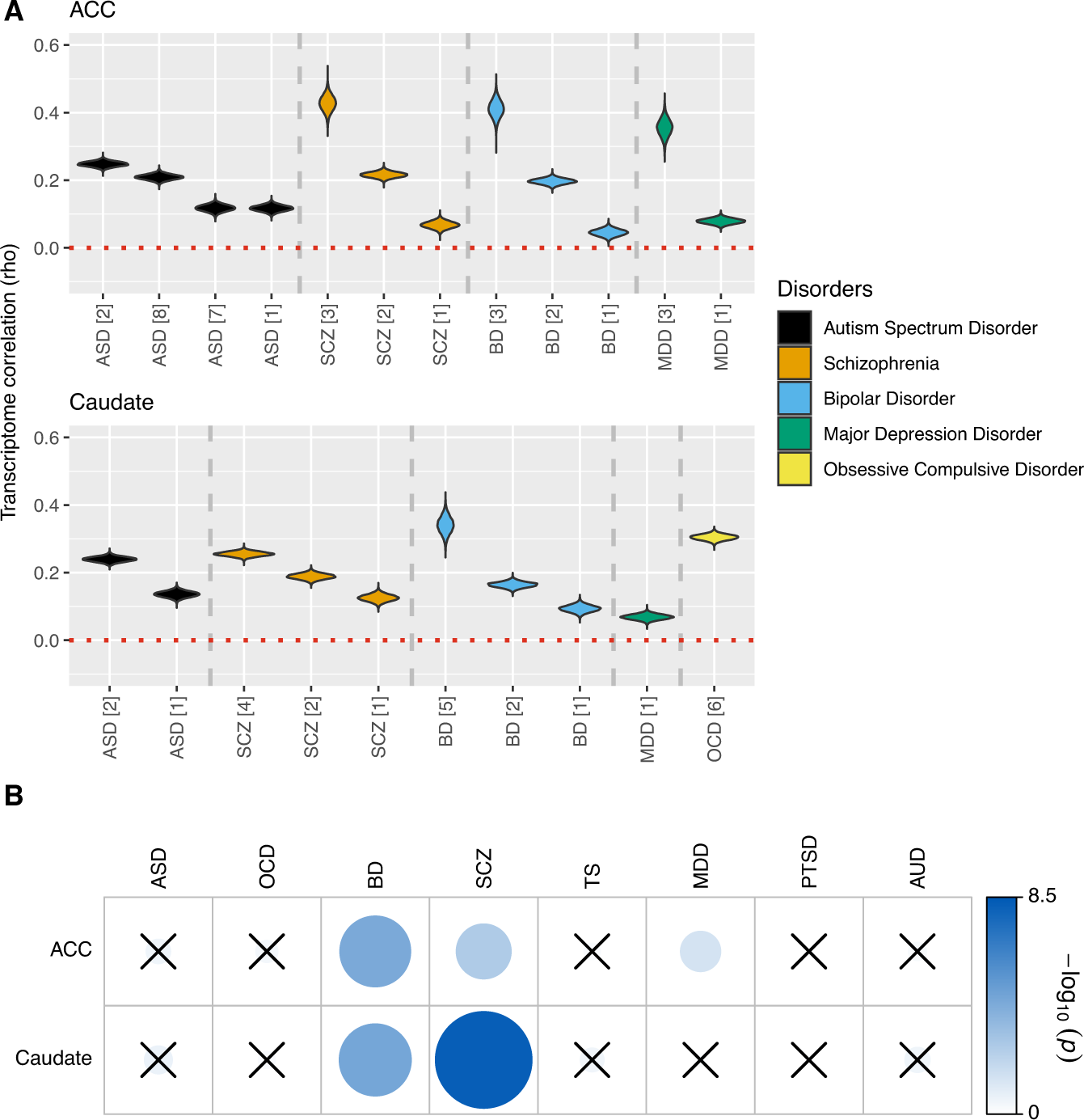 Importantly, the researchers found that these differences affected the expression of genes that code for neurotransmitters, which are chemicals that brain cells use to communicate with one another. In particular, the results revealed differences in gene expression for glutamate neurotransmitters, which are important for brain functions such as attention and learning.

“The study advances our understanding of ADHD by showing how the condition is tied to changes in how certain genes are expressed in the brain. This allows us to inch closer to understanding how genomic differences alter gene expression in the brain and contribute to ADHD symptoms,” says Philip Shaw, M.D., Ph.D., senior investigator in the Social and Behavioral Research Branch, who supervised the study.

Postmortem studies are rare because of the limited donation of brain tissue but are incredibly valuable because they provide researchers direct experimental access to the brain.

“Such postmortem studies have accelerated our understanding of other mental health challenges, but to date no such studies have looked at ADHD until now,” said Dr. Shaw.