RNA stability is an important determinant of eventual transcript levels

Histone epigenome data determined by chromatin immunoprecipitation sequencing (ChIP-seq) is used in identifying transcript regions and estimating expression levels. However, this estimation does not always correlate with eventual RNA expression levels measured by RNA sequencing (RNA-seq). Part of the inconsistency may arise from the variance in RNA stability, where the transcripts that are more or less abundant than predicted RNA expression from histone epigenome data are inferred to be more or less stable. However, there is little systematic analysis to validate this assumption.

In a recent study, researchers from the University of Tokyo used stability data of whole transcriptome measured by 5′-bromouridine immunoprecipitation chase sequencing (BRIC-seq), which enabled them to determine the half-lives of whole transcripts including lincRNAs, and they integrated BRIC-seq with ChIP-seq to achieve better estimation of the eventual transcript levels and to understand the importance of post-transcriptional regulation that determine the eventual transcript levels.

The researchers identified discrepancies between the RNA abundance estimated by ChIP-seq and measured RNA expression from RNA-seq; for number of genes and estimated that the expression level of 865 genes was controlled at the level of RNA stability in HeLa cells. ENCODE data analysis supported the idea that RNA stability control aids to determine transcript levels in multiple cell types. They identified UPF1, EXOSC5 and STAU1, well-studied RNA degradation factors, as controlling factors for 8% of cases. Computational simulations reasonably explained the changes of eventual mRNA levels attributable to the changes in the rates of mRNA half-lives. In addition, they propose a feedback circuit that includes the regulated degradation of mRNAs encoding transcription factors to maintain the steady state level of RNA abundance. Intriguingly, these regulatory mechanisms were distinct between mRNAs and lincRNAs. 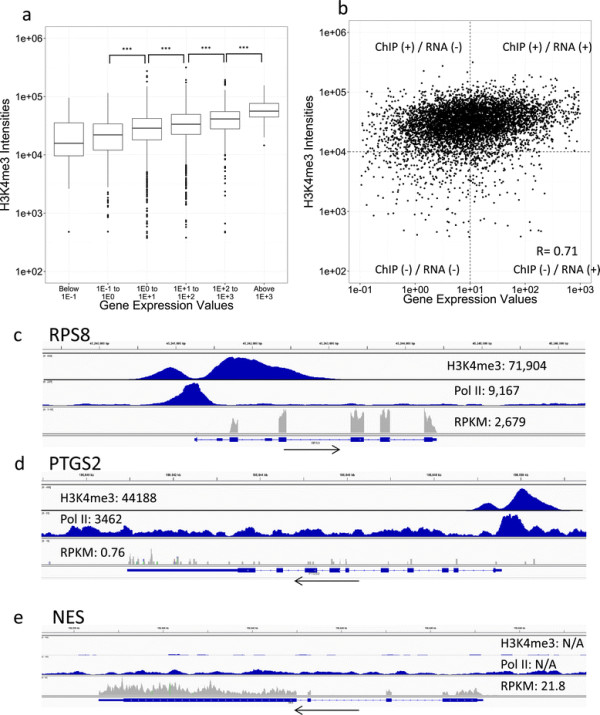 Integrative analysis of ChIP-seq, RNA-seq and our BRIC-seq showed that transcriptional regulation and RNA degradation are independently regulated. In addition, RNA stability is an important determinant of eventual transcript levels. RNA binding proteins, such as UPF1, STAU1 and EXOSC5 may play active roles in such controls.