RNA-seq and its variant differential RNA-seq (dRNA-seq) are today routine methods for transcriptome analysis in bacteria. While expression profiling and transcriptional start site prediction are standard tasks today, the problem of identifying transcriptional units in a genome-wide fashion is still not solved for prokaryotic systems.

Researchers at Albert-Ludwigs-University Freiburg have developed RNASEG, an algorithm for the prediction of transcriptional units based on dRNA-seq data. A key feature of the algorithm is that, based on the data, it distinguishes between transcribed and un-transcribed genomic segments. Furthermore, the program provides many different predictions in a single run, which can be used to infer the significance of transcriptional units in a consensus procedure. The researchers show the performance of this method based on a well-studied dRNA-seq data set for Helicobacter pylori. 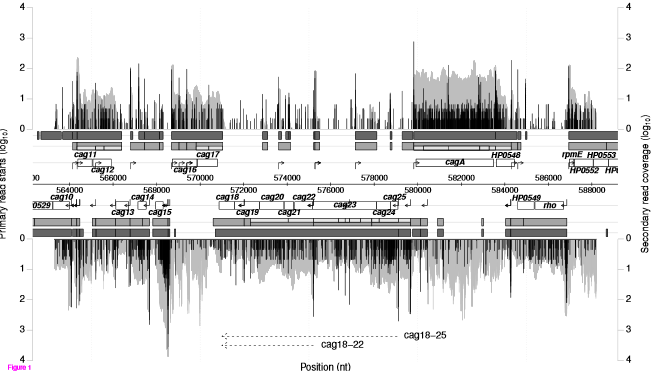 With this algorithm it is possible to identify operons and 5′- and 3′-UTRs in an automated fashion. This alleviates the need for labour intensive manual inspection and enables large-scale studies in the area of comparative transcriptomics.