RNA sequencing (RNA-Seq) has become the experimental standard in transcriptome studies. While most of the bioinformatic pipelines for the analysis of RNA-Seq data and the identification of significant changes in transcript abundance are based on the comparison of two conditions, it is common practice to perform several experiments in parallel (e.g. from different individuals, developmental stages, tissues), for the identification of genes showing a significant variation of expression across all the conditions studied.

Researchers from the University of Milan have developed RNentropy, a methodology based on information theory devised for this task, which given expression estimates from any number of RNA-Seq samples and conditions identifies genes or transcripts with a significant variation of expression across all the conditions studied, together with the samples in which they are over- or under-expressed. To show the capabilities offered by their methodology, the researchers applied it to different RNA-Seq datasets: 48 biological replicates of two different yeast conditions; samples extracted from six human tissues of three individuals; seven different mouse brain cell types; human liver samples from six individuals. Results, and their comparison to different state of the art bioinformatic methods, show that RNentropy can provide a quick and in depth analysis of significant changes in gene expression profiles over any number of conditions.

Performance comparison of RNentropy, DESeq2, and edgeR on the 18 human tissue dataset 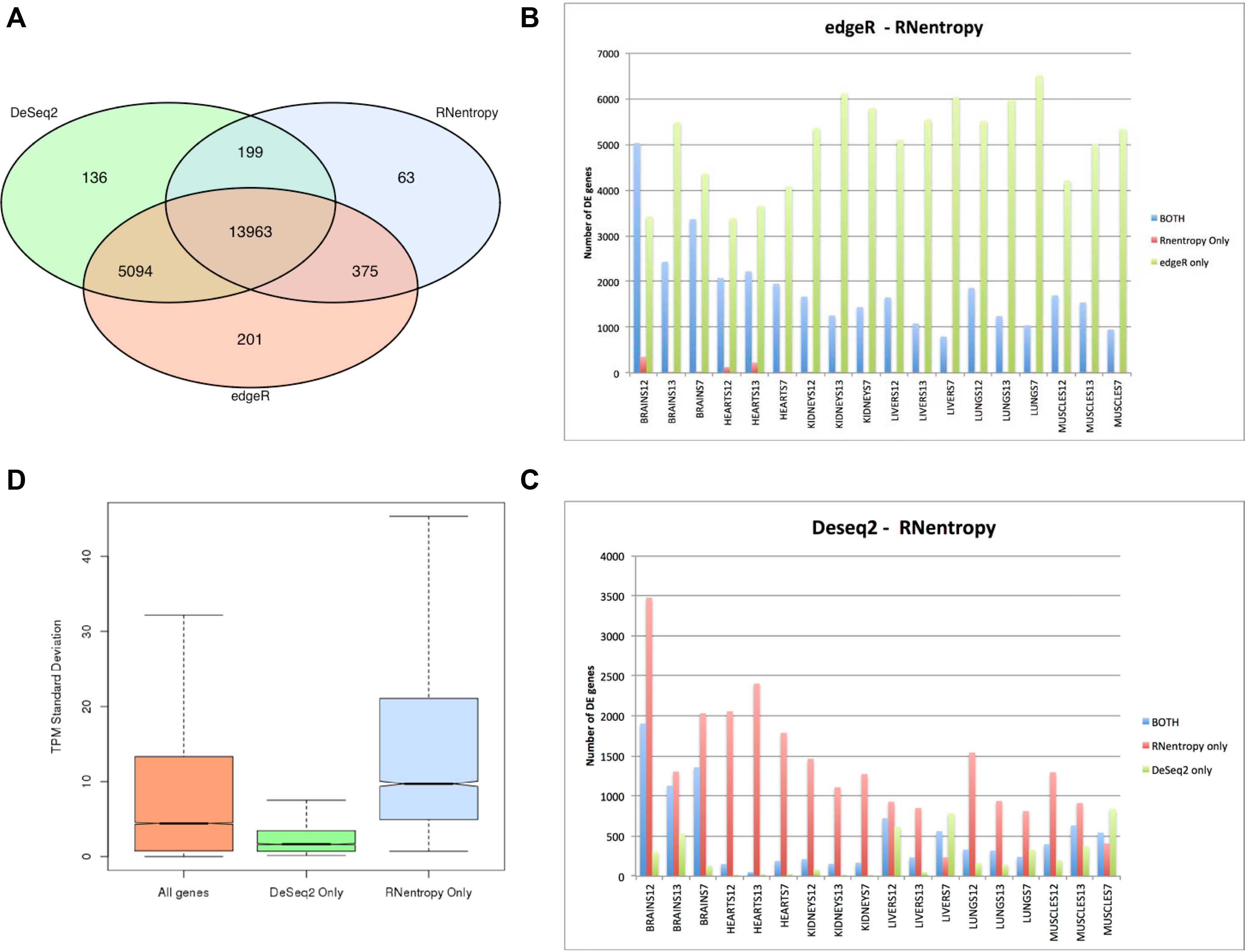 Availability – RNentropy is available at www.beaconlab.it/RNentropy as a standalone software package (executable files for any LINUX 64 bit platform). C++ source code, and the implementation in the R language are also freely available for download.