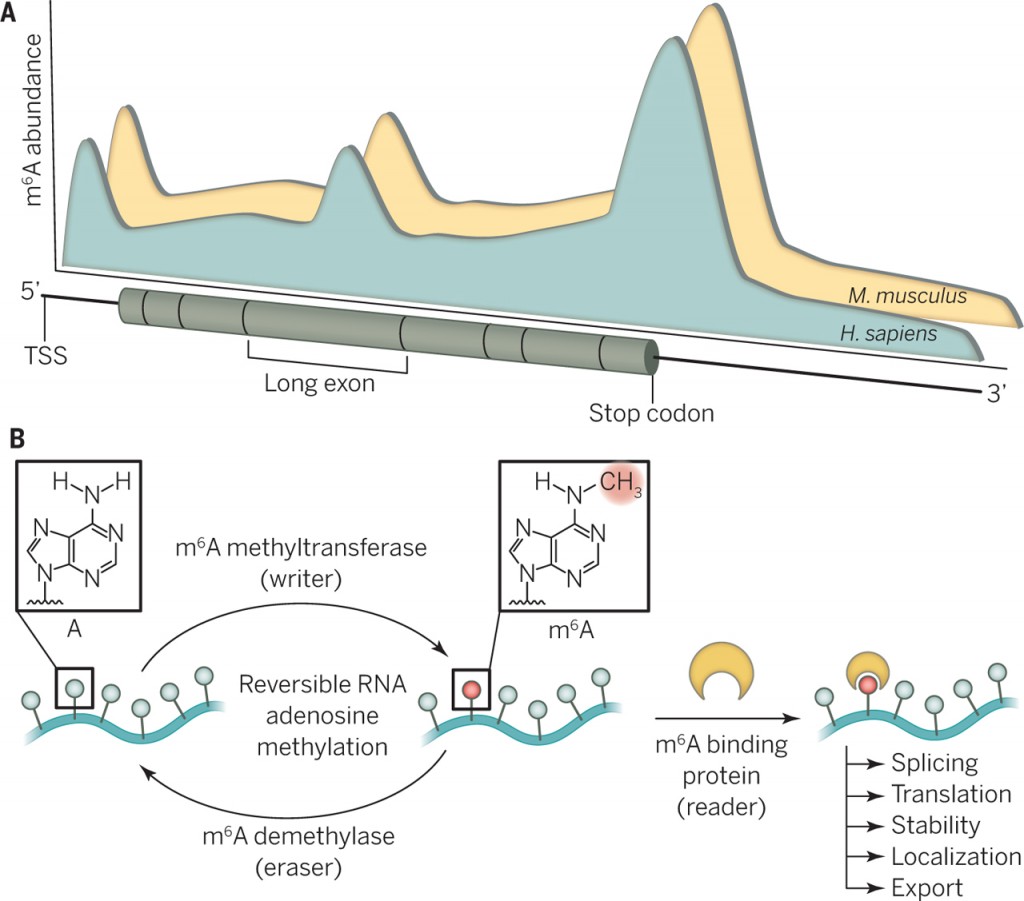 The “RNA world” is not at all hypothetical but rather the biological world we live in (1). For RNA to function within a modern cellular milieu of proteins and DNA, numerous chemical modifications coevolved that help sculpt its interactions (2). To date, well over a hundred nucleotide modifications have been identified in diverse types of RNA molecules (3). Every position of pyrimidine and purine rings can be posttranscriptionally modified, with methylation predominating. Although the importance of some modifications—especially those on structured, stable, and catalytically active RNAs (like ribosomal and transfer RNA)—is appreciated, their mode of action is still largely unknown.

Recognizing the complex lives that mRNAs lead, involving highly interdependent processing events, one wonders whether messages convey additional information to that specified in their sequence. Whereas dynamic and reversible chemical modifications decorating DNA and proteins are an integral part of our understanding, the players worth mentioning when thinking of mRNA have primarily been proteins.

Methylation of adenosine on the N6 position (m6A) was first observed 40 years ago (4) and was recognized early as the most prevalent internal modification in eukaryotic mRNA. However, its function remained enigmatic, leaving us in the dark, partly because of a lack of experimental approaches. Fitful efforts over the years established that cellular life and organismal development depend on adenosine methylation (5–7) but have identified only a handful of methylated positions (8), and, consequently, further functional investigations were limited.