Modern RNA-sequencing (RNA-seq) protocols can produce multi-end data, where multiple reads originating from the same transcript are attached to the same barcode. The long-range information in the multi-end reads is beneficial in phasing complicated spliced isoforms, but assembly algorithms that leverage such information are lacking.

Researchers at Pennsylvania State University have developed Scallop2, a reference-based assembler optimized for multi-end RNA-seq data. The algorithmic core of Scallop2 consists of three steps: (1) using an algorithm to ‘bridge’ multi-end reads into single-end phasing paths in the context of a splice graph, (2) employing a method to refine erroneous splice graphs by utilizing multi-end reads that fail to bridge and (3) piping the refined splice graph and bridged phasing paths into an algorithm that integrates multiple phase-preserving decompositions. Tested on 561 cells in two Smart-seq3 datasets and on ten Illumina paired-end RNA-seq samples, Scallop2 substantially improves the assembly accuracy compared with two popular assemblers (StringTie2 and Scallop). 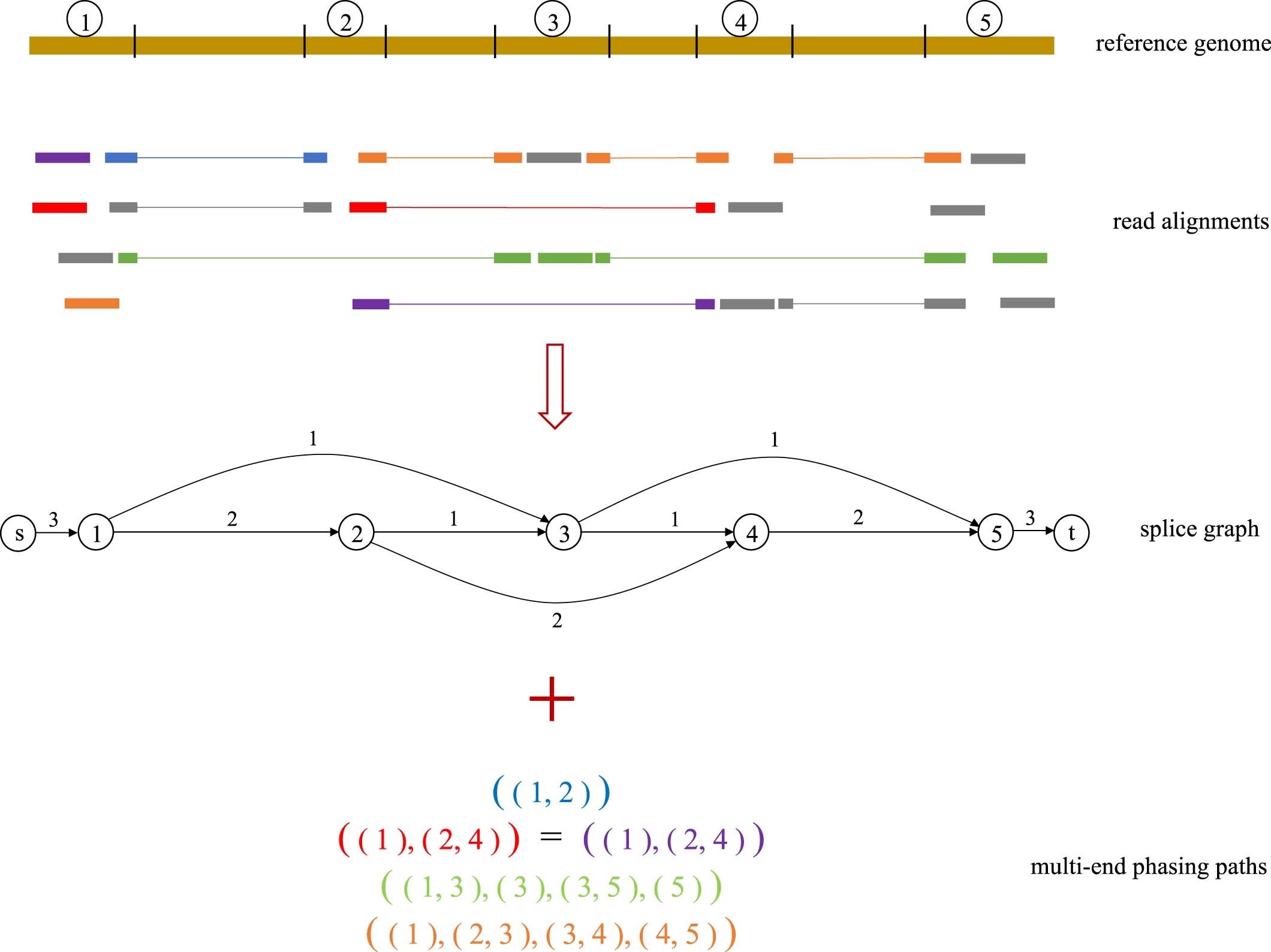 Inferred splice positions in the reference genome are marked with black bars. Exons and partial exons are labeled with numbers above the reference genome. Alignment reads with the same color represent they form a group (i.e., attached with the same barcode or being the two ends of a pair in paired-end RNA-seq reads); we use gray color to represent individual read forming group of its own. The read alignments are used as input to construct the splice graph and the associated multi-end phasing paths. From the given alignments 5 (partial) exons (numbered 1–5) are identified. A source vertex s and a sink vertex t are added to the splice graph. Each numbered arrow in the splice graph represents a directed edge and its weight. 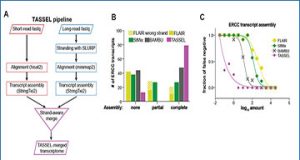