Single-cell sequencing has emerged as an indispensable technology to dissect cellular heterogeneity but never been applied to the simultaneous analysis of glycan and RNA. Using oligonucleotide-labeled lectins, researchers from the National Institute of Advanced Industrial Science and Technology (AIST), Japan first established lectin-based glycan profiling of single cells by sequencing (scGlycan-seq). They then combined the scGlycan-seq with single-cell transcriptome profiling for joint analysis of glycan and RNA in single cells (scGR-seq). Using scGR-seq, the researchers analyzed the two modalities in human induced pluripotent stem cells (hiPSCs) before and after differentiation into neural progenitor cells at the single-cell resolution. The combination of RNA and glycan separated the two cell types clearer than either one of them. Furthermore, integrative analysis of glycan and RNA modalities in single cells found known and unknown lectins that were specific to hiPSCs and coordinated with neural differentiation. Taken together, the results demonstrate that scGR-seq can reveal the cellular heterogeneity and biological roles of glycans across multicellular systems. 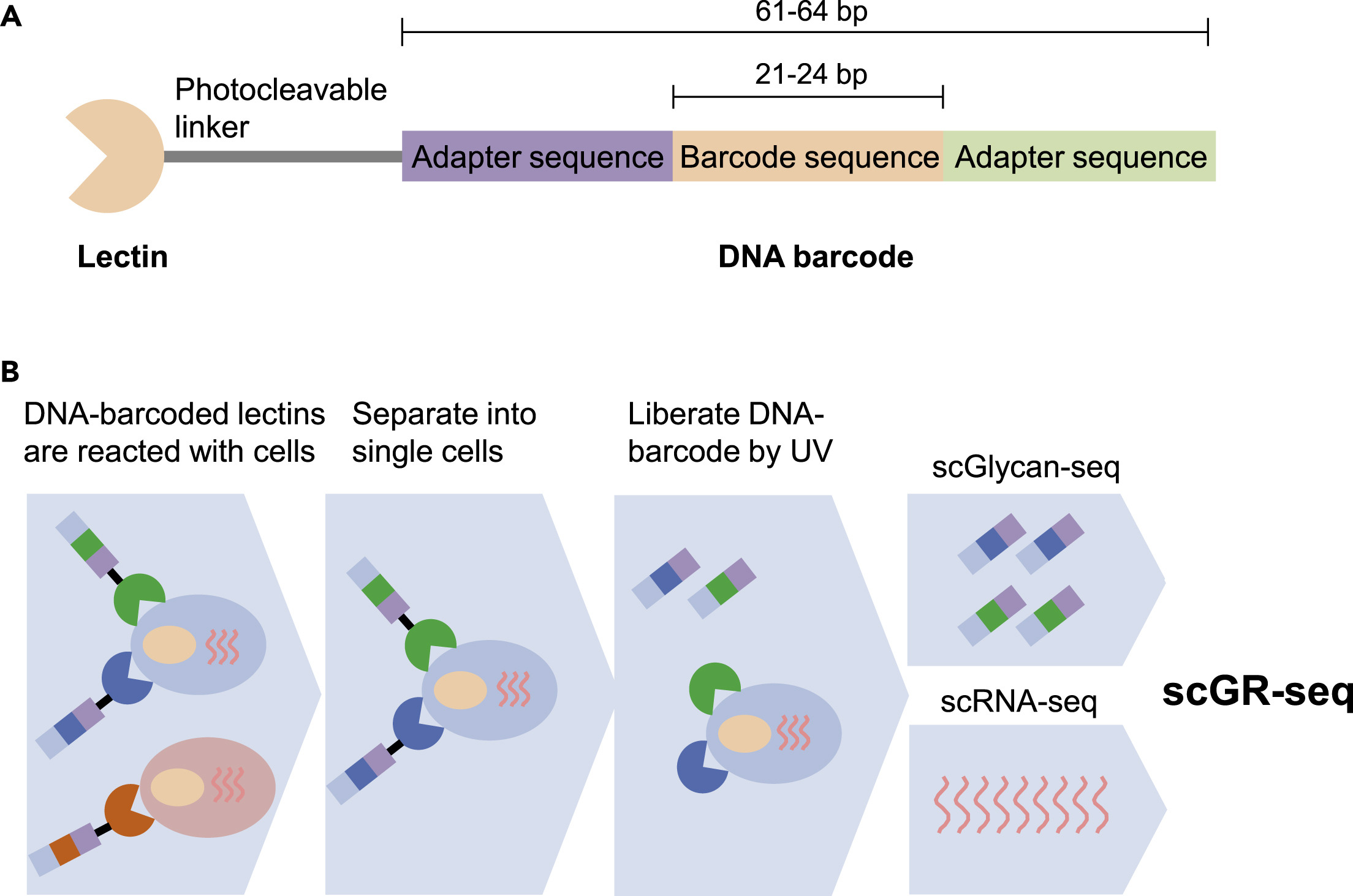 (A) Illustration of the DNA-barcoded lectin. (B) Schematic representation of scGlycan-seq, scRNA-seq, and scGR-seq. Cells were incubated with DNA-barcoded lectins and separated into single cells. After DNA barcode was released by UV exposure, the released DNA barcode in the supernatants was measured by next-generation sequencing. RNA transcripts were purified from the cell pellet and analyzed by scRNA-seq.