Scientists discover how disruptive genetic RNA is made 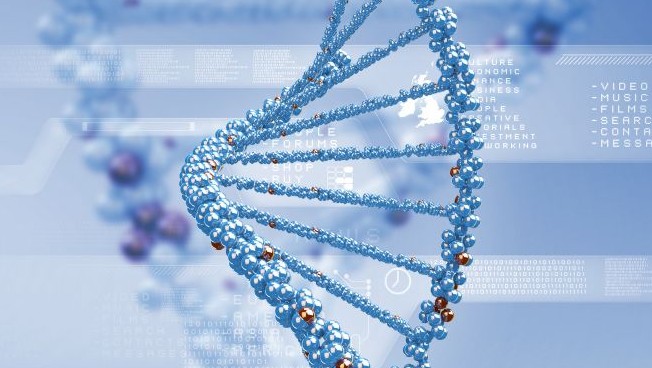 from Times of Israeli by Andrew Tobin

An Israeli-led research team has discovered how a mysterious circular type of genetic molecule is produced, and that might have implications for the treatment of degenerative diseases like muscular dystrophy.

The group of molecules, called circular RNA, was rediscovered only two years ago, and little was known about where it comes from or what it does in the body, let alone about the role it plays in disease. By analyzing human and fruit fly cells, the scientists found that the body produces circular RNA at the expense of “normal” RNA, greatly reducing gene expression — the driver of life.

The scientists say their findings, published on Thursday in the journal Molecular Cell, are a step forward in the understanding of molecular biology and could one day help find treatments for crippling diseases like muscular dystrophy.

“This research is significant from several perspectives,” said Dr. Sebastian Kadener, a biological chemist at the Hebrew University of Jerusalem, who headed the Israeli half of the team. “By mapping how circular RNAs are produced, it helps advance our understanding of general molecular biology. In addition, it might be strongly relevant for understanding and eventually treating degenerative diseases both in muscle and the brain.”

Prof. Nikolaus Rajewsky, a renowned systems biologist, and his colleagues at the Max Dellbruck Institute in Berlin collaborated on the study.

DNA molecules, tiny coiled strands of nucleic acid that carry genetic information, provide the body’s operating instructions. Genes are expressed when DNA is transcribed into messenger RNA, which translates the instructions into protein. Proteins do most of the work in cell development and functioning.

In 2012, scientists at Stanford University took new note of circular RNA. Unlike all other known types of RNA, it’s linked head-to-tail to form a loop. Circular RNA had been identified decades earlier, but because of its unique shape, it was missed by genetic sequencing technologies.

In the past two decades, many strange types of RNA were discovered. Circular RNA went largely unnoticed for so long, because typical RNA sequencing methods isolate molecules by their “tails” — and circular RNA molecules have no tails. The Stanford University scientists uncovered how abundant the molecules are using advanced sequencing.

After years of being ignored, circular RNA is suddenly a hot topic, with many new studies in the works.

By manipulating DNA in human and in fruit fly cells, the Israeli and German scientists found for the first time that circular RNA is made into loops at the same time as it is being transcribed. The genes used in the process would otherwise be spliced into messenger RNA, the scientists found, a step in translating them into proteins.

This means that every circular RNA that is produced comes at the expense of the production of a messenger RNA and its resulting proteins. Circular RNA does not produce proteins itself.

“It’s like if you have a pile of paper, you can use it to write a note or a book. Every time you write a note you have one less sheet of paper for your books,” said Kadener.

Using high-throughput genetic sequencing of fruit fly neurons, the scientists found that circular RNA is produced at high levels in the brain. In many cases the molecules are transcribed from genes that perform essential functions.

Fruit flies share 75 percent of the genes that cause disease in humans. The scientists say the finding strongly suggests that circular RNA is important to brain functioning in humans, and likely to brain disease as well.

Taken together, the scientists say, the findings in fruit flies hint that circular RNA may be involved in the development of a severe degenerative disease called myotonic dystrophy. Characterized by progressive wasting of the muscles and resulting weakness, the disease is known to be caused by defects in the function of muscleblind.

Myotonic dystrophy is the most common form of muscular dystrophy that begins in adulthood. The scientists say that better understanding of its causes could be helpful in developing treatments in the future.

Research on circular RNA is just beginning, and there is much more to learn about it. What is known so far suggests that the molecules have many functions, including modulating gene expression — and not just negatively.

Last year, Rajewsky, the leader of the German half of the team, led a study that revealed a function of circular RNA for the first time: The molecules “sponge up” microRNAs, which block gene expression. Apparently by binding to and blocking the blockers, the study found, circular RNAs increase the expression of certain genes.