Scientists use RNA-Seq to discover unexpected functions of snoRNAs 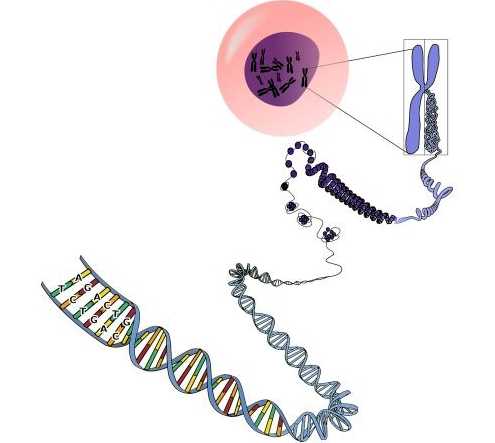 An international team of researchers has discovered unexpected functions of small nucleolar RNAs (snoRNAs) that explains the cause of some diseases. The research, led by Prof. Stefan Stamm from the University of Kentucky and Prof. Ruth Sperling from the Hebrew University of Jerusalem, appears in The Proceedings of the National Academy of Sciences.

The loss of small nucleolar RNAs is associated with a number of diseases, including Prader-Willi syndrome, characterized by an unstoppable appetite, and several forms of cancers: smoldering multiple myeloma, breast and prostate cancer. Also, genetic duplications of some snoRNAs could play a role in autism. However, it is not clear how the change in snoRNA expression could lead to these diseases.

Hereditary information is stored in DNA, which is accessed through an intermediate form, called RNA. To make proteins that function in cells, a “photocopy” of the genetic information stored in the DNA is made, termed precursor messenger RNA (pre-mRNA).  From these precursor molecules the important information containing the blueprint for proteins has to be extracted through a process termed splicing, where parts, called introns, are cut out and the remaining parts, called exons, are pasted together to generate messenger RNA (mRNA). This can be compared to the splicing of movie film, where excess images are cut out and the remaining parts are joined together to create a seamless movie.

The RNA that makes mRNA, the coding RNA, contain the information to make proteins, which form the body, but most RNAs are non-coding, and contain regulatory information controlling the expression of genes. Among the non-coding RNA, the about 250 small nucleolar RNAs or snoRNAs — one of the longest-studied RNAs — are a class of small RNA molecules that primarily guide chemical modifications of other RNAs. These are shown to control the modification of ribosomes, cellular entities that read mRNAs to make proteins.

Using RNA sequencing and molecular biology techniques, the researchers found that often snoRNAs not only modify ribosomes, but actually perform a dual function: they can also regulate alternative splicing, resulting in regulating the alternative inclusion of small pieces in proteins, which regulates protein function, thus inhibiting the generation of wrong protein variants.

These new functions can explain the role of snoRNAs in human diseases, as upon their loss the formation of wrong protein variants can no longer be prevented.

In mechanistic studies, the researchers also showed that short synthetic RNAs could be used as a substitute for the missing snoRNAs. This could point to a possible therapy for genetic hyperphagia (a condition that causes extreme hunger or appetite) and some forms of cancer.

“This research helps us to understand the unexpected dual role of snoRNAs in gene regulation. It further points to the important role played by small non-coding RNAs in alternative splicing, which is a major contributor to the diversity of the human proteome, and defects in which result in numerous diseases including cancer.  With further research in this area we may be able to design new therapies against human diseases,” said Prof. Ruth Sperling from the Department of Genetics at the Hebrew University’s Alexander Silberman Institute of Life Sciences.

The Hebrew University of Jerusalem is Israel’s leading academic and research institution, producing one-third of all civilian research in Israel. For more information, visit http://new.huji.ac.il/en.

Source – The Hebrew University of Jerusalem