Maize, or corn, is cultivated globally, as food, feedstock, and biofuel source, and is one of the most widely produced crops alongside wheat and rice. Today, the importance of maize as a grain is unrivalled and methods to increase crop yields, reduce farming costs, and ensure sustainable agriculture are critical.

Increases in maize yield have been shown to be linked to nitrogen fertilizer use. But it has also been seen that their uptake of nitrogen fertilizer from the soil is inefficient, at only about 40–65%. Understanding what causes this inefficiency is important for improving crop growth economically and sustainably (less fertilizer use). However, traditional techniques for tissue dissection and analysis are labor-intensive and lack precision, making it difficult for scientists to obtain clear insights into cell types and characteristics.

Now, in a collaboration between the Institute of Nanfan & Seed Industry, Guangdong Academy of Science, China, and College of Agriculture and Biology, Zhongkai University of Agriculture and Engineering, China, scientists have used this tool to characterize maize roots.

In their study, the team analyzed over 7000 cells from the root tips of seedlings grown on media with or without nitrate fertilizer. They identified and characterized 11 major cell types or tissues that were each present in starkly differing numbers (Figure). This reflected the high heterogeneity of maize root tips. Comparison of cells from seedlings grown in either media showed that across these cell types, there were 85 cell type-specific genes for nitrate-response, only some of them known for nitrate uptake and metabolism.

Further analysis revealed clues about the developmental pathways of various cells. For instance, it was found that root hair cells were derived from a subtype of the epidermal cell. 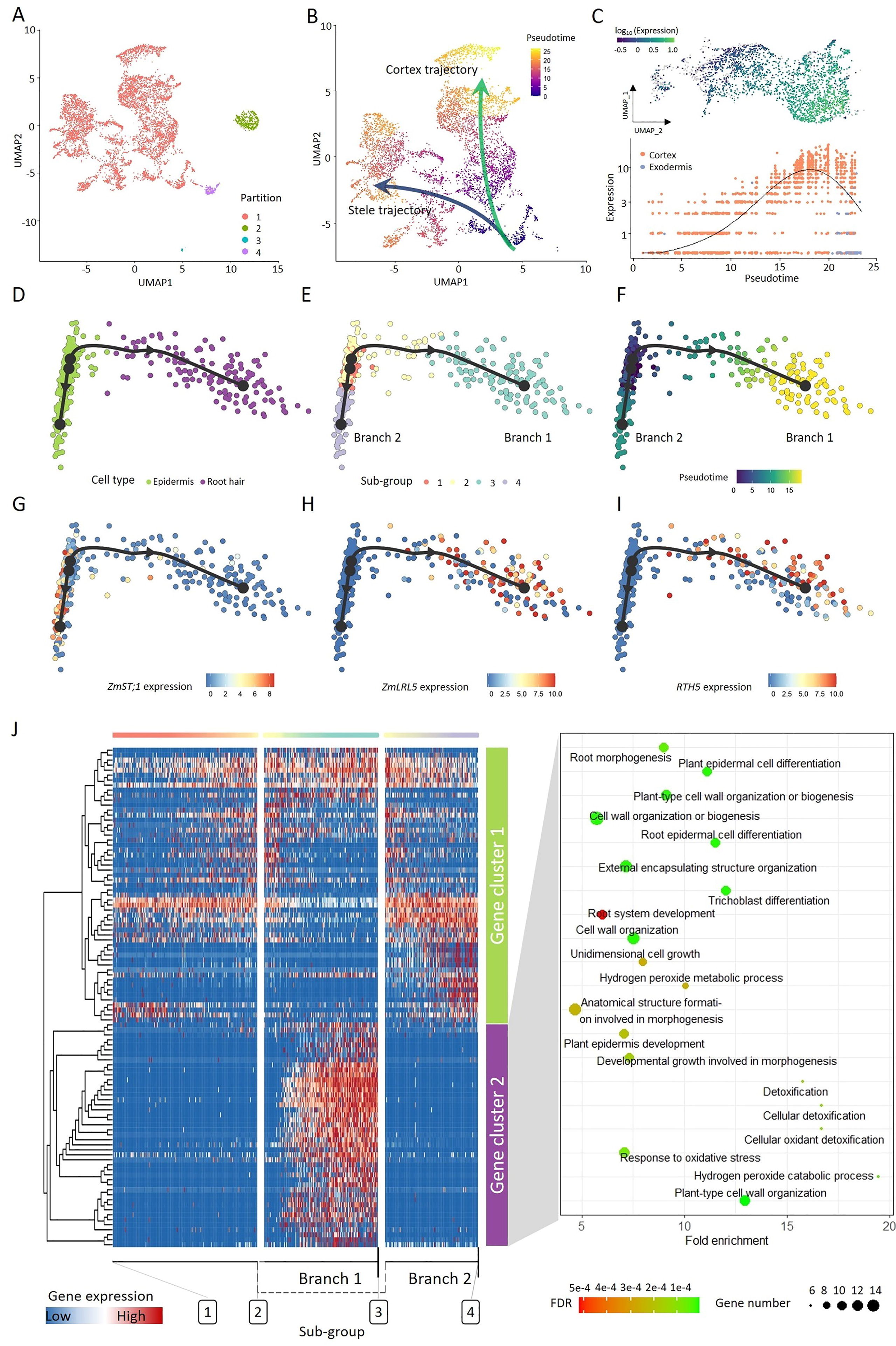 The scientists also compared cell types among maize and rice roots to find genes that are common and those that are differentiated, gaining insights into genes that could have been evolutionarily conserved across crop species. They found 57 root hair, 216 endodermis, and 80 phloem genes that are conserved.

The genes characterized in this study could serve as a roadmap for researchers looking to find ways of accurately controlling gene expression and variations in specific cell types or tissues, in maize or other crops.

“Although not all cell types were captured, our results are a valuable resource for investigating cell types and the response of maize crops to nitrate fertilizer. This work also provides an example for the exploration of cell heterogeneity in a special tissue of a plant. Further, the genes characterized in this study could be targets for further analyses to genetically improve crops of various species. We hope this study can provide ideas and methods for gene isolation, controlling gene expression and plant characteristics, and even precision breeding,” says Prof. Qi.

Through their findings, Prof. Qi’s team have paved the way for new explorations in biotechnology and crop breeding. Particularly, this study presents a significant step towards more efficient and economical, but sustainable, maize crop growth, for a more golden future.