Researchers have mapped in fine detail the genetic changes malaria parasites go through as they prepare to infect people.

The transmission stages of the malaria parasite, Plasmodium falciparum have, for the first time, been mapped by single-cell RNA sequencing. This gives detailed information on the life cycle of this parasite as it develops inside a mosquito and prepares to infect humans via a mosquito bite.

The research, published today (27th May) in Nature Communications, has analysed genetic data from each stage of the parasite’s life cycle. Researchers identified key genes, tracked when they are turned on, and highlighted which are specific to the human version of the parasite.

The study, by scientists from the Wellcome Sanger Institute and Imperial College London, adds to the overall Malaria Cell Atlas data and could lead to new ways to block key stages in the parasite’s development, possibly leading to new drugs or vaccines that can prevent transmission.

Mosquitoes are increasingly becoming resistant to pesticides, and the parasite that causes malaria is also becoming increasingly resistant to antimalarial drugs. This has created an urgent need for new ways to fight malaria, which in 2019 caused an estimated 229 million cases and 409,000 deaths, most of which were young children in sub-Saharan Africa.*

P. falciparum develops in the midgut of a mosquito before travelling to the mosquito’s saliva glands, ready to infect a human when the bug bites. During these phases, the parasite goes through many stages important for its development and ability to transmit, including changing into different forms.

The team tracked how these stages were controlled by analysing the activity of genes throughout the process. They isolated the different forms of the parasite and produced 1467 ‘transcriptomes’ – maps of which genes in single cells are turned on or off during the different stages.

When genes are turned on, they instruct the cell to make different proteins and drive developmental changes, such as causing the parasite to exit the midgut and colonise the salivary gland of the mosquito, or to travel through human cells to reach the liver.

Knowing how these processes work in detail at the cellular level reveals to researchers new targets that could be blocked to stop development, preventing transmission of the parasite.

“Being directly based on the human-infective parasite, our new data have clear implications for malaria control, which has an increasing focus on transmission blocking strategies both in terms of drugs that kill the parasite as it moves between stages and protective vaccines. Understanding how parasites behave transcriptionally within the mosquito vector provides a foundation from which new strategies will surely arise.” – Dr Eliana Real, co-first author and Research Associate at the Department of Life Sciences at Imperial College London

As well as surveying the whole transmission cycle of the parasite, the team focused on what is called the sporozoite stage: the form released into the human skin during a mosquito bite. They sorted parasites from within the mosquito during their development, and isolated sporozoites after an infectious bite as they interact with human skin cells. In doing so, they were able to find specific patterns of gene expression that define each of the critical stages in these processes.

“This fine granularity enables us to trace sporozoite developmental processes and to propose new mechanistic targets essential for each step and future vaccine targets for blocking malaria infection.” – Dr Virginia Howick, co-first author and Research Fellow at the University of Glasgow, previously at the Wellcome Sanger Institute

The team were also able to compare their data with a similar set from the related parasite Plasmodium berghei, a rodent malaria parasite that is often used as a model for studying malaria disease in the lab. This showed which genes are common between species, and which are specific to the human version of the parasite.

“This level of gene surveillance at the individual parasite level throughout its life cycle will provide an invaluable resource for researchers to discover previously unexplored elements of Plasmodium cell biology, comparative Plasmodium species biology and the development of control methods that target particular pathways or lay the foundations for improving vaccines.” – Dr Farah Dahalan, co-first author and Research Associate at the Department of Life Sciences at Imperial College London 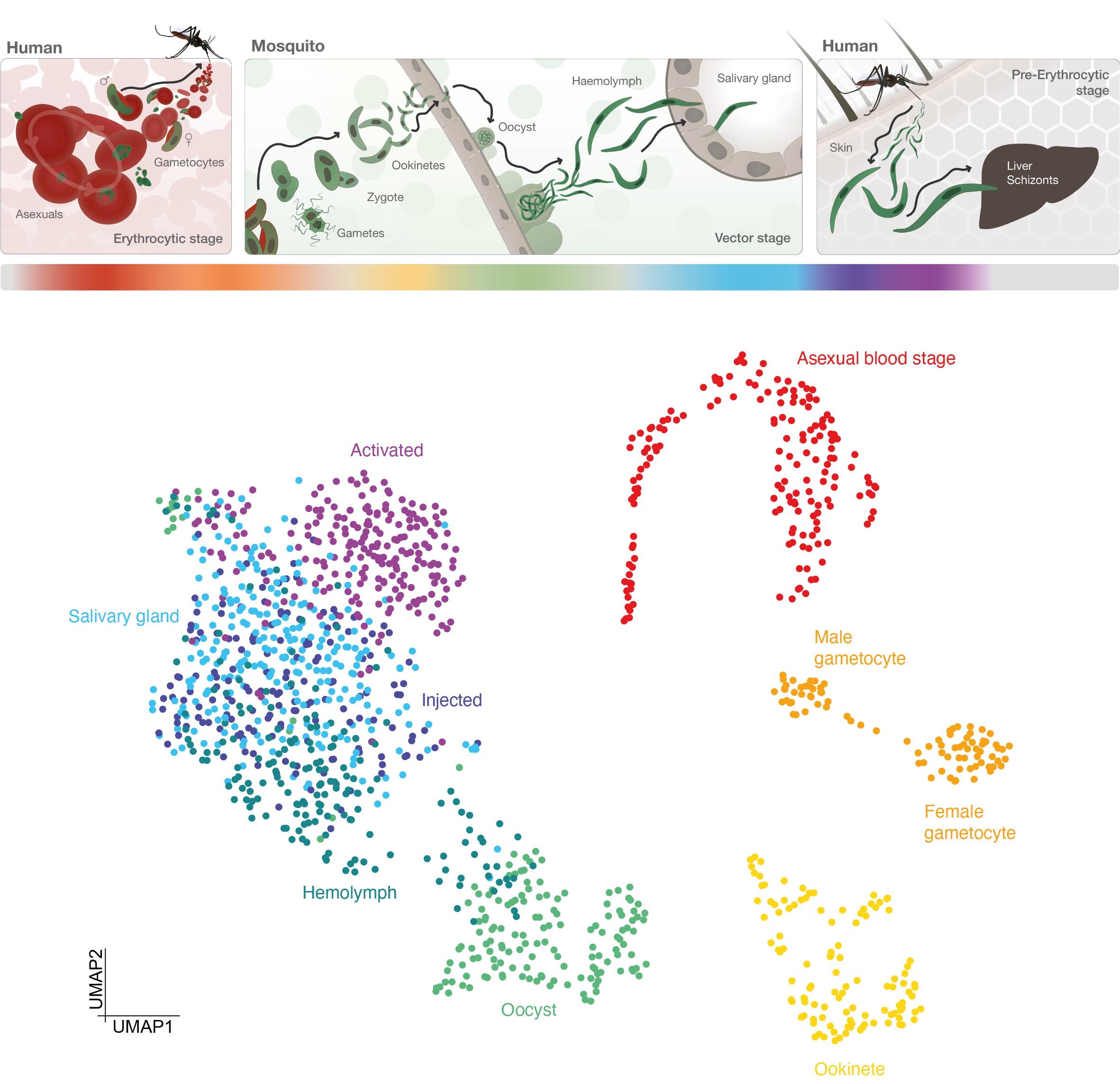 Availability – The researchers have made all their data available on an interactive website, where the transcriptional profile of any gene across any stage of the Plasmodium life cycle can be easily and freely viewed.