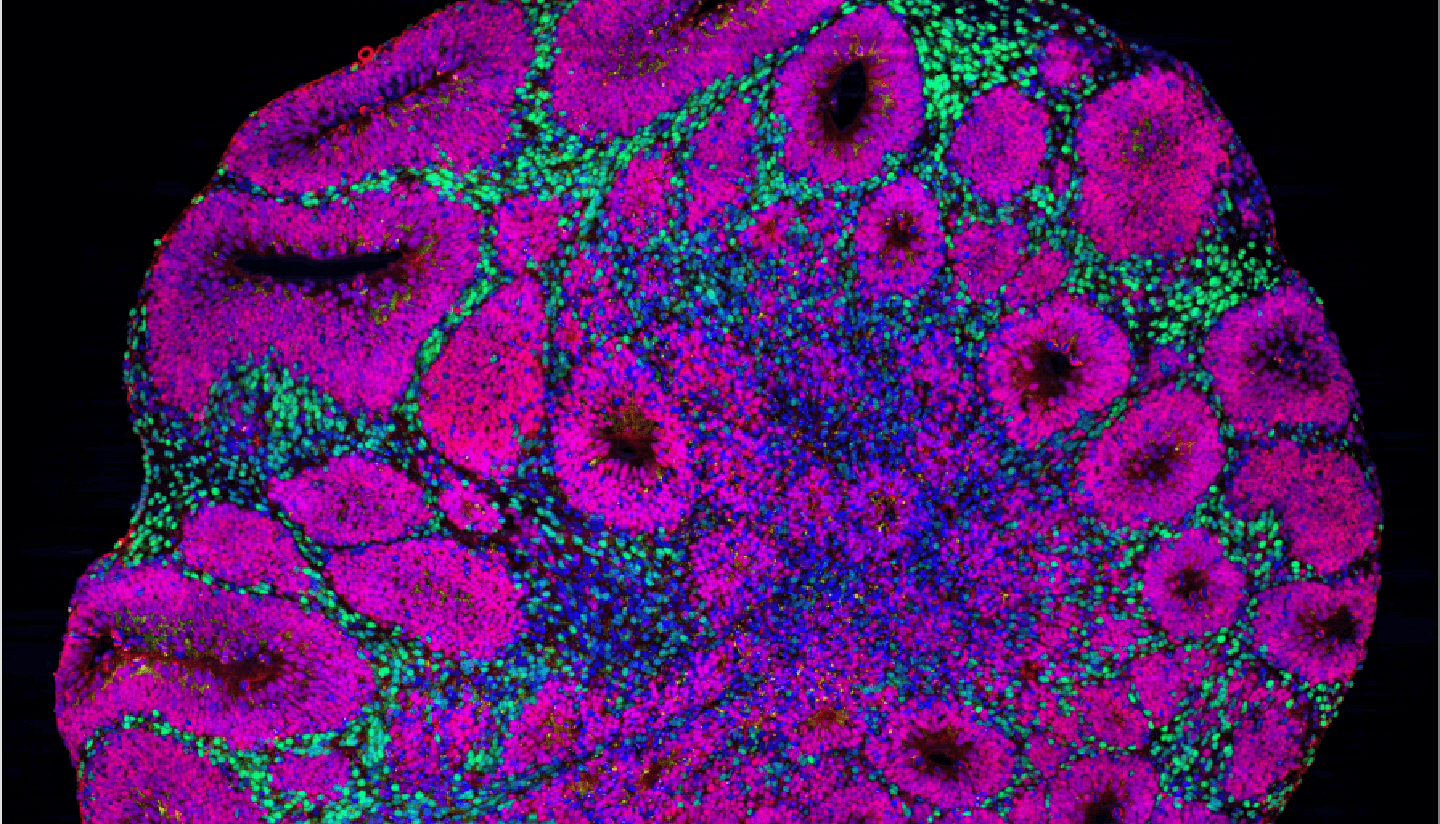 Autism spectrum disorder has been associated with hundreds of different genes, but how these distinct genetic mutations converge on a similar pathology in patients has remained a mystery. Now, researchers at Harvard University and the Broad Institute of MIT and Harvard have found that three different autism risk genes actually affect similar aspects of neural formation and the same types of neurons in the developing human brain. By testing the genetic mutations in miniature 3D models of the human brain called “brain organoids,” the researchers identified similar overall defects for each risk gene, although each one acted through unique underlying molecular mechanisms.

The results, published in the journal Nature, give researchers a better understanding of autism spectrum disorder and are a first step toward finding treatments for the condition.

“Much effort in the field is dedicated to understanding whether commonalities exist among the many risk genes associated with autism. Finding such shared features may highlight common targets for broad therapeutic intervention, independent from the genetic origin of disease. Our data show that multiple disease mutations indeed converge on affecting the same cells and developmental processes, but through distinct mechanisms. These results encourage the future investigation of therapeutic approaches aimed at the modulation of shared dysfunctional brain properties,” said senior author of the study Paola Arlotta, who is the Golub Family Professor of Stem Cell and Regenerative Biology at Harvard University and an institute member in the Stanley Center for Psychiatric Research at the Broad Institute.

The Arlotta lab focuses on organoid models of the human cerebral cortex, the part of the brain responsible for cognition, perception, and language. The models start off as stem cells, then grow into a 3D tissue that contains many of the cell types of the cortex, including neurons that are able to fire and connect into circuits.

“In 2019, we published a method to allow the production of organoids with the unique ability to grow reproducibly. They consistently form the same types of cells, in the same order, as the developing human cerebral cortex,” said Silvia Velasco, a senior postdoctoral fellow in the Arlotta lab and a co-lead author in the new study. “It is a dream come true to now see that organoids can be used to discover something unexpected and very new about a disease as complex as autism.”

In the new study, the researchers generated organoids with a mutation in one of three autism risk genes, which are named SUV420H1, ARID1B, and CHD8.

“We decided to start with three genes that have a very broad hypothetical function. They don’t have a clear function that could easily explain what is happening in autism spectrum disorder, so we were interested in seeing if these genes were somehow doing similar things,” said Bruna Paulsen, a postdoctoral fellow in the Arlotta lab and co-lead author.

The researchers grew the organoids over the course of several months, closely modeling the progressive stages of how the human cerebral cortex forms. They then analyzed the organoids using several technologies: single-cell RNA sequencing and single-cell ATAC-sequencing to measure the changes and regulation in gene expression caused by each disease mutation; proteomics to measure responses in proteins; and calcium imaging to check whether molecular changes were reflected in abnormal activity of the neurons and their networks.

“This study was only possible as a collaboration of several labs that came together, each with their own expertise, to attack a complex problem from multiple angles,” said co-author Joshua Levin, an institute scientist in the Stanley Center and the Klarman Cell Observatory at the Broad Institute. 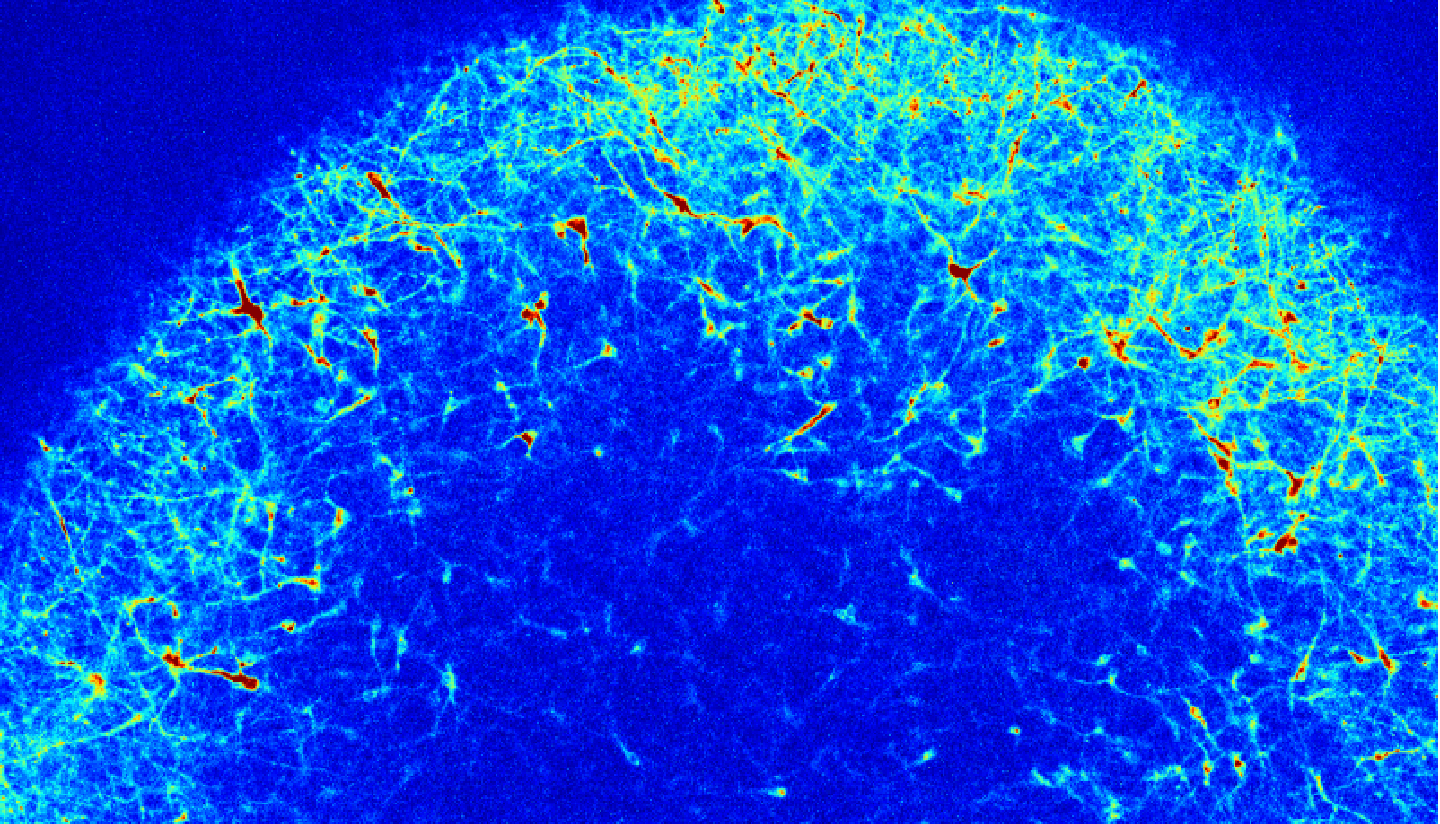 The researchers found that the risk genes all affected neurons in a similar way, either accelerating or slowing down neural development. In other words, the neurons developed at the wrong time. Also, not all cells were affected — rather, the risk genes all impacted the same two populations of neurons, an inhibitory type called GABAergic neurons and an excitatory type called deep-layer excitatory projection neurons. This pointed at selected cells that may be special targets in autism.

“The cortex is made in a very orchestrated way: each type of neuron appears at a specific moment, and they start to connect very early. If you have some cells forming too early or too late compared to when they are supposed to, you might be changing the way circuits are ultimately wired,” said Martina Pigoni, a former postdoctoral fellow in the Arlotta lab and co-lead author.

“Our goal was to see how changes in the organoids might be impacted by an individual’s unique genetic background,” said Amanda Kedaigle, an Arlotta lab computational biologist and co-lead author.

When looking at organoids made from different donors, the overall changes in neural development were similar, yet the level of severity varied across individuals. The risk genes’ effects were fine-tuned by the rest of the donor genome.

“It is puzzling how the same autism risk gene mutations often show variable clinical manifestations in patients. We found that different human genomic contexts can modulate the manifestation of disease phenotypes in organoids, suggesting that we may be able to use organoids in the future to disentangle these distinct genetic contributions and move closer to more a complete understanding of this complex pathology,” Arlotta said.

“Genetic studies have been wildly successful at identifying alterations in the genome associated with autism spectrum disorders and other neurodevelopmental conditions. The difficult next step on the path to discovering new treatments is to understand exactly what these mutations do to the developing brain,” said Steven Hyman, who is a Harvard University Distinguished Service Professor of Stem Cell and Regenerative Biology, the director of the Stanley Center at the Broad, and a Broad Institute core member. “By mapping the alterations in brain circuits when genetic variations are present, we can take the tentative next step in the direction of better diagnoses and uncover new avenues for therapeutic exploration.”