Ninety per cent of cancer deaths are caused by metastasis, that is to say, the spread of the primary tumour to other organs. Scientists led by ICREA researcher Dr. Salvador Aznar-Benitah at IRB Barcelona have described the mechanism by which a diet rich in palmitic acid makes tumour cells more aggressive, conferring them a greater capacity to metastasize.

The authors have identified several “memory” markers left in tumour cells after exposure to palmitic acid: a change that causes cells to conserve greater metastatic capacity, even months after exposure to the fatty acid and that it could be related to a greater capacity of these tumor cells to promote innervation.

“In 2017, we published a study indicating that palmitic acid correlates with increased risk of metastasis, but we didn’t know the mechanism responsible for this. In this study, we detail the process and reveal the involvement of a metastatic capacity “memory” factor and we point to a therapeutic approach to reverse it. This is promising,” says Dr. Aznar-Benitah.

The metastatic “memory” of palmitic acid

In this work, oral tumour cells and melanomas from patients were exposed to a diet rich in palmitic acid. When transplanted into mice, it was observed that they showed a greater capacity to metastasize, even when this diet was administered for a short period prior to the transfer.  The alterations of the genome (known as epigenetic modifications) of metastatic cells caused by the fatty acid are permanent and, consequently, the cells maintain the most “aggressive” properties in a stable manner. The authors describe this behaviour as a “stable memory”.

Our results indicate that a diet rich in palm oil would favour the development of cancer, even if exposure to this fatty acid occurs in a very early stage of the disease in which the primary tumour may still not have been detected. The scientists have observed that this expansive and colonising capacity is acquired as a result of the consumption of palmitic acid (predominant in palm oil), but not of oleic acid (abundant in olive oil) or linoleic acid (characteristic of flaxseed). These results suggest that aggressiveness is linked not only to fat metabolism but also to epigenetic modifications that occur in tumour cells in response to exposure to palmitic acid.

Tumour innervation: key to its spread

For a tumour cell to metastasize, first it must detach from the tumour of origin, enter the bloodstream or lymphatic system, reach another organ, and survive and grow there. In this study, the authors have identified that a diet rich in palmitic acid allows tumour cells to form a neural network around the tumour.

The tumour cells with the most metastatic capacity (i.e. with memory) get the capacity to attract the nervous system, and the neural network that forms around the tumour produces a regenerative environment, which the cells use to their advantage to grow and spread.

One of the key elements in the formation of the neural network that favours metastasis are the so-called Schwann cells, which surround and protect neurons. The study published in the journal Nature demonstrates that various approaches to block Schwann cells inhibit the development of this neural network, thereby preventing metastasis. 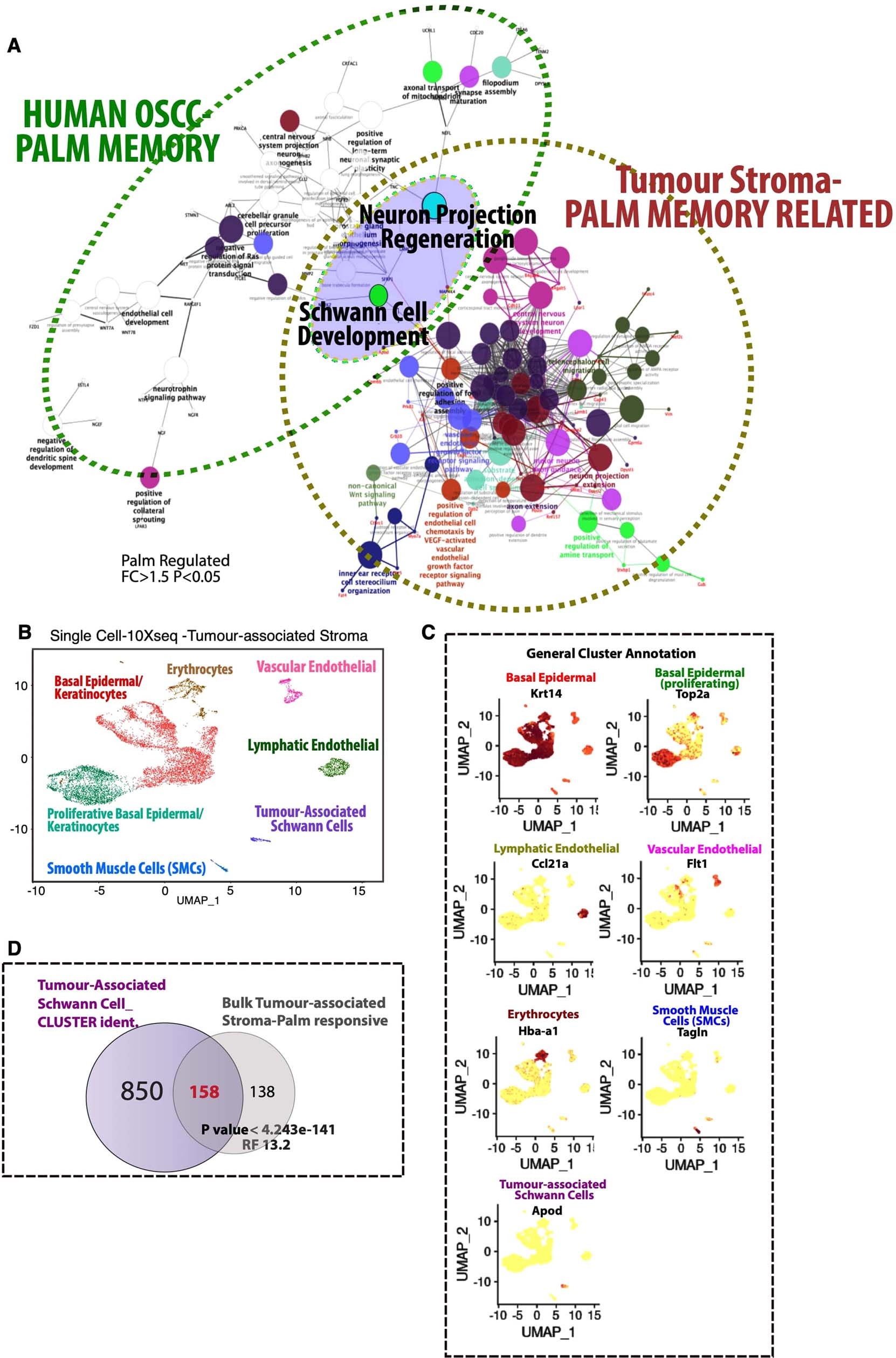 “This discovery paves the way for research into and the development of therapies that specifically block cancer metastasis, a process that is almost always the cause of death by cancer,” concludes Dr. Gloria Pascual, associate researcher in the Stem Cells and Cancer lab at IRB Barcelona and co-first author of the paper together with Dr. Diana Domínguez.