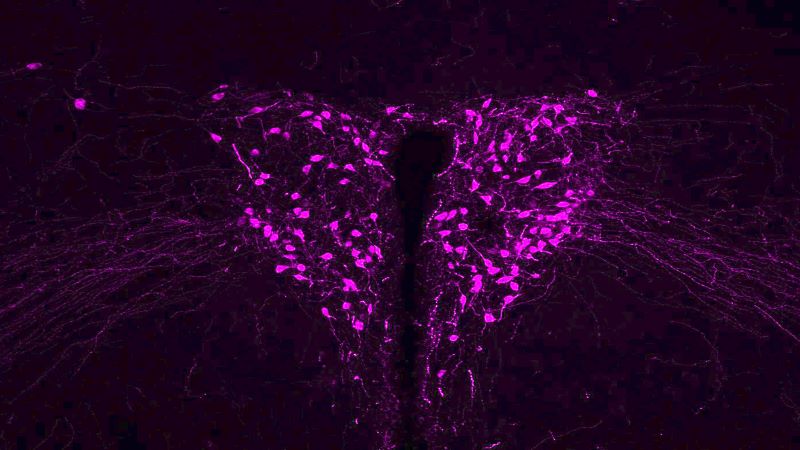 The findings, the researchers say, could eventually fuel the development of autism therapies that target disease symptoms spurred on by abnormalities in parvocellular oxytocin neurons, which are brain cells in the hypothalamus of mammals.

The investigators pursued evidence of the connections because of long-known variations in forms and symptoms of autism spectrum disorders, and because those with Fragile X — an inherited disorder that occurs in one in 4,000 males and one in 6,000 females — frequently is characterized by the inability to form close social bonds.

“Autism is defined by impaired social behaviors, but not all social behaviors are the same,” says Gül Dölen, M.D., Ph.D., associate professor of neuroscience at the Johns Hopkins University School of Medicine. “People with autism generally have less difficulty with developing very close, family bonds than with friendships. Our experiments provide evidence that these two types of affection are encoded by different types of oxytocin neurons, and that disruption of one of these types of neurons is responsible for the characteristic social impairments seen in autism.”

To study if and how autism symptoms are associated with disruptions in either or both of magnocellular and parvocellular neurons, Dölen and her team first genetically engineered mice to glow a fluorescent light in all oxytocin neurons, magno and parvo. Then, knowing that magnocellular neurons project their axons and chemicals beyond the blood/brain barrier, the research team used dyes that stay within the barrier to mark only the parvocellular neurons — which are rarer and harder to detect, as well as smaller in size.

Next, Dölen enlisted the help of Johns Hopkins scientist Loyal Goff, Ph.D., an expert in charting the genetic profile of individual cells. The technique, called single cell sequencing, specifically reads an individual cell’s RNA — a genetic cousin to DNA — which indicates how the cell’s genetic code is being read and which proteins are being produced. The way our genetic code is read makes one cell type different from another.

“This study is a comprehensive characterization of two types of closely-related neurons involved in the regulation of social behavior,” says Goff, assistant professor of genetic medicine at the Johns Hopkins University School of Medicine. “One of the things that makes this study so unique is the multi-modal aspect of this characterization; relating anatomical, morphological, electrophysiological, transcriptional, genetic, and behavioral features to fully define the relevant and important differences between these two types of neurons.”

The research team used single cell sequencing and other gene-tracking tools and techniques to ensure that the subpopulations of magnocellular and parvocellular neurons were, indeed, distinct, so that they could genetically alter each group to determine if a change would induce autism-like behaviors in mice. What the researchers measured included how much the mice liked their social interactions and how much they preferred things associated with those social interactions (such as bedding). 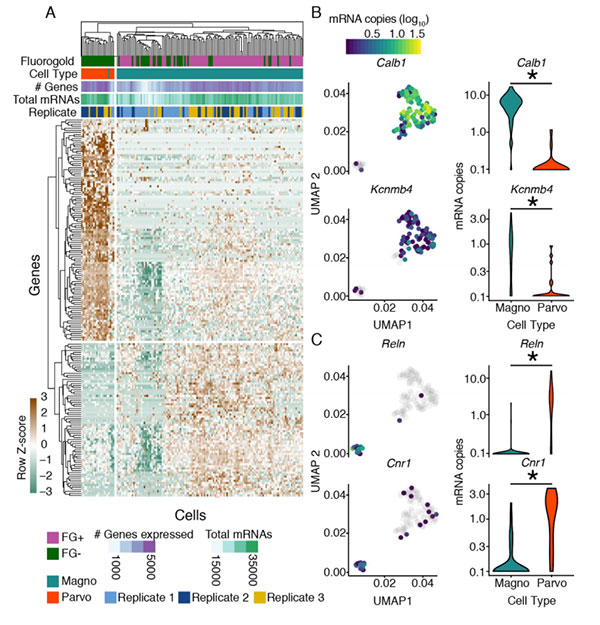 To re-create a model of autism in mice, the scientists turned to the FMR1 gene, which is linked to Fragile X, an inherited disorder characterized by intellectual disability, but also one of the most commonly identified causes of autism, occurring in about five percent of people with the condition.

In humans, the FMR1 gene is silenced through a cellular process that adds chemicals called methyl groups to the gene. This same process does not occur in mice, so to replicate the FMR1 gene abnormality, the scientists genetically engineered the mice to have no functioning FMR1 gene either throughout the brain or only in parvocellular neurons.

The researchers studied how mice without FMR1 valued the rewards from forming a social bond with an adult female mouse serving as a surrogate parent. These mice learned to like bedding associated with the surrogate parent, but not bedding associated with social interactions with peer mice — evidence that mutations in genes that cause autism selectively disrupt platonic love, but spare filial love.

In a further set of experiments to pin down the specificity of their findings with the oxytocin-producing neurons, the scientists studied how certain genes linked to risk for autism were turned on or off, or expressed, among the two types of oxytocin neurons. They found that significantly more autism risk genes had higher expression levels in parvocellular neurons compared with magnocellular neurons. However, when the scientists looked at genes for schizophrenia, Alzheimer’s disease and diabetes, there were no such differences in gene expression between the two oxytocin neuron types.

“This tells us that the difference we are seeing between the two types of oxytocin neurons relates to the disease that is characterized by impaired social behaviors, but not diseases where this behavior is not a defining symptom,” says Dölen.

She also notes, “What may be happening in the brain is that even though all brain cells may carry a particular mutation associated with autism, some neurons are more vulnerable to the symptoms related to social bonding.”

Dölen plans to conduct similar studies on genes associated with other types of autism. She says her work may indicate that drugs currently being tested for autism — such as intranasal oxytocin — could prove ineffective because the treatments target magnocellular neurons, which the new study indicates is not central to the disease. Instead, she says, their evidence suggests that parvocellular oxytocin neurons should be the focus of drug development for autism.