A subset of fibroblasts located in small foci of tissue on the edges of extensive scarring produce a protein that protects against cell aging.

Single-cell RNA sequencing has revealed a subset of cells that could provide protection from a rare, but severely debilitating and fatal, lung disease. The findings were published by Nagoya University researchers and colleagues in the European Respiratory Journal. Further research could lead to new therapeutic strategies for the disease, called idiopathic pulmonary fibrosis (IPF).

Approximately 15 in every 100,000 people worldwide develop IPF. Its prognosis and five-year survival rate can be worse than many types of cancer. It involves the development of scar tissue on the lung, impairing gas exchange and making it difficult to breath. The disease currently has no cure and scientists do not know exactly what causes it.

The team examined around 250,000 cells from lung tissue belonging to 29 normal and 32 IPF lungs. The examinations involved sequencing the RNA of each individual cell to find which genes they expressed. The analysis pinpointed one specific subset of fibroblast cells that were significantly more prevalent in IPF lungs than in normal ones. Fibroblasts are the most common type of cell in the supportive tissue in and around organs. This particular subset of fibroblasts produced a protein called meflin.

Interestingly, these meflin-producing fibroblasts were mainly found within acute focal lung lesions on the edges of dense scarring. The surrounding dense scar tissue contained very few of these cells.

Turning off meflin and inducing lung fibrosis in mice triggered cell aging, which led to more extensive pulmonary fibrosis than would have been expected. This process was counteracted in laboratory-studied cells by inserting the gene that codes for meflin. 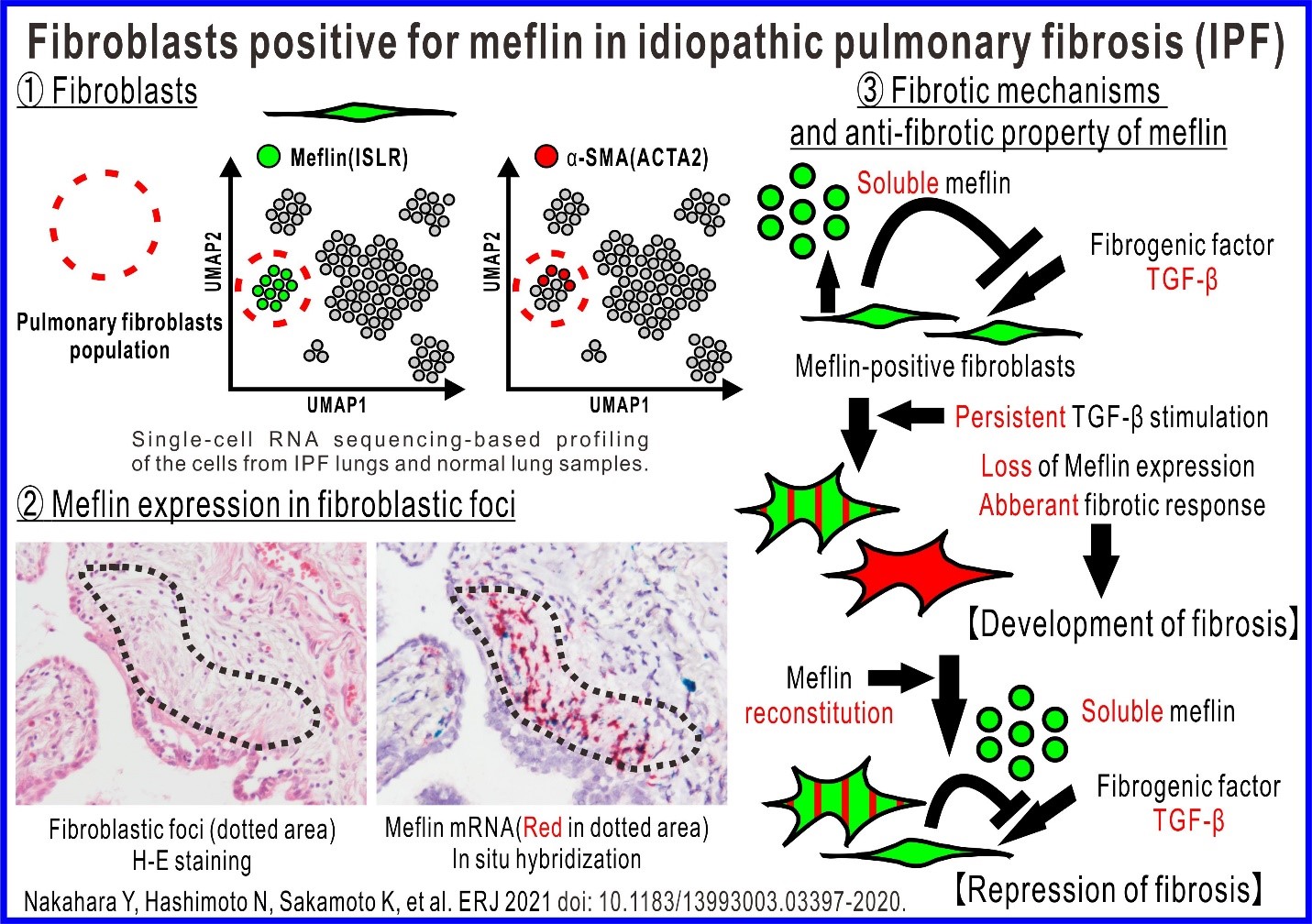 “We anticipate that our discovery will promote better understanding of the unsolved disease mechanisms of IPF and ultimately lead to the development of novel therapies for lung fibrosis,” says Hashimoto.

The team next plans to further investigate how meflin protects lungs from fibrosis and if meflin-positive cells can be used to diagnose and treat IPF.