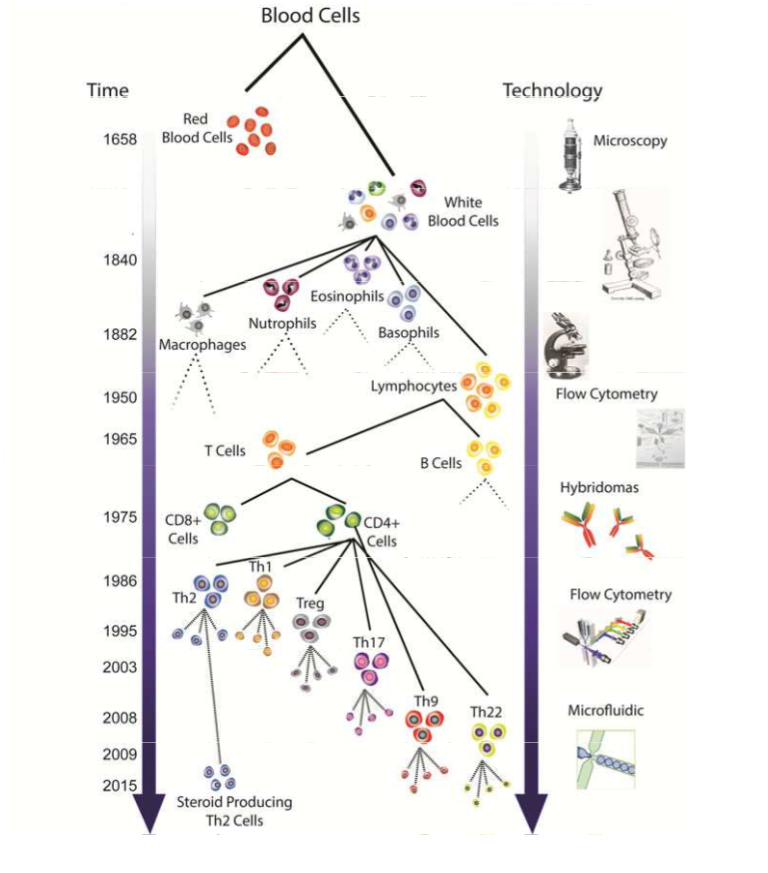 In the first half of Nineteenth century, Schleiden, Schwann, and Virchow developed the cell theory stating that “the cell” is the structural and functional unit of all living things. For the next 170 years scientists have been looking at the biological processes from a cell-population point of view, discretizing and categorizing cells in subclasses and subpopulations based on their morphology and phenotype. In the past century, this approach of analysing cells at population level in which all cells are assumed to behave in a constant manner, allowed scientists to study and characterize all the fundamental biological processes that are the basis of our current knowledge of life in a top down manner. One such example is the process of blood and immune cell differentiation, the haematopoiesis. Up to now, the aspect that has been somewhat completely neglected is the contribution that each single cell makes within a population.

Scientists have made great strides in the 25 years after Iscove and co-workers (5) succeeded in the purification and the amplification of mRNA from one single cell in 1990. Two decades of technological and computational progress have recently resulted in the advent of the single cell RNA-seq technology that allows the simultaneous quantification of the expression of most genes in one single cell.