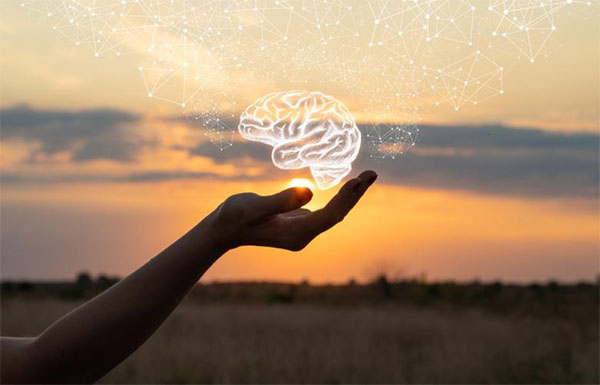 Researchers at Karolinska Institutet have come one step closer toward understanding how the part of our brain that is central for decision-making and the development of addiction is organized on a molecular level. In mouse models and with methods used for mapping cell types and brain tissue, the researchers were able to visualize the organization of different opioid-islands in striatum. Their spatiomolecular map, now in Cell Reports, may further our understanding of the brain’s reward-system.

Striatum is the inner part of the brain that among other things regulates rewards, motivation, impulses and motor function. It is considered central to decision-making and the development of various addictions.

In this study, the researchers created a molecular 3D-map of the nerve cells targeted by opioids, such as morphine and heroin, and showed how they are organized in striatum. It is an important step toward understanding how the brain’s network governing motivation and drug addiction is organized. In the study, the researchers described a spatiomolecular code that can be used to divide striatum into different subregions.

“Our map forms the basis for a new understanding of the brain’s probably most important network for decision-making,” says Konstantinos Meletis, associate professor at the Department of Neuroscience at Karolinska Institutet and the study’s main author. “It may contribute to an increased understanding of both normal reward processes and the effects of various addictive substances on this network.”

To find this molecular code, the researchers used single-nucleus RNA sequencing, a method to study small differences in individual cells, and mapping of the striatal gene expression. The results provide the first demonstration of molecular codes that divide the striatum into three main levels of classification: a spatial, a patch-matrix and a cell-type specific organization.

“With this new knowledge we may now begin to analyze the function of different types of nerve cells in different molecularly defined areas,” says Meletis. “This is the first step in directly defining the networks’ role in controlling decision-making and addiction with the help of optogenetics.”

This new knowledge may also form the basis for the development of new treatments based on a mechanistic understanding of the brain’s network, according to the researchers.

The study has been financed with the help of the Swedish Brain Foundation, the Swedish Research Council and the William K. Bowes, Jr. Foundation.