With the emergence of single-cell RNA sequencing (scRNA-seq) technology, scientists are able to examine gene expression at single-cell resolution. Analysis of scRNA-seq data has its own challenges, which stem from its high dimensionality. The method of machine learning comes with the potential of gene (feature) selection from the high-dimensional scRNA-seq data. Even though there exist multiple machine learning methods that appear to be suitable for feature selection, such as penalized regression, there is no rigorous comparison of their performances across data sets, where each poses its own challenges. 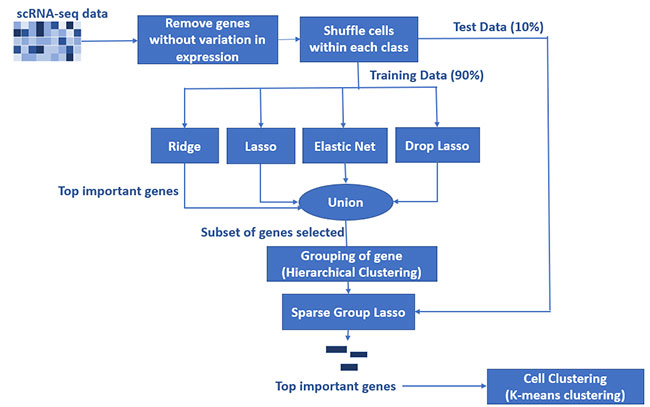 There is a considerable reduction in the number of genes prior to the execution SGL. The top important genes selected by SGL are used to cluster cell groups using K-means clustering.