Identification of genetic variants affecting splicing in RNA sequencing population studies is still in its infancy. Splicing phenotype is more complex than gene expression and ought to be treated as a multivariate phenotype to be recapitulated completely.

Here a team led by researchers at Universitat Pompeu Fabra represent the splicing pattern of a gene as the distribution of the relative abundances of a gene’s alternative transcript isoforms. They develop a statistical framework that uses a distance-based approach to compute the variability of splicing ratios across observations, and a non-parametric analogue to multivariate analysis of variance. They implement this approach in the R package sQTLseekeR and use it to analyze RNA-Seq data from the Geuvadis project in 465 individuals. The researchers identify hundreds of single nucleotide polymorphisms (SNPs) as splicing QTLs (sQTLs), including some falling in genome-wide association study SNPs. By developing the appropriate metrics, they show that sQTLseekeR compares favorably with existing methods that rely on univariate approaches, predicting variants that behave as expected from mutations affecting splicing. 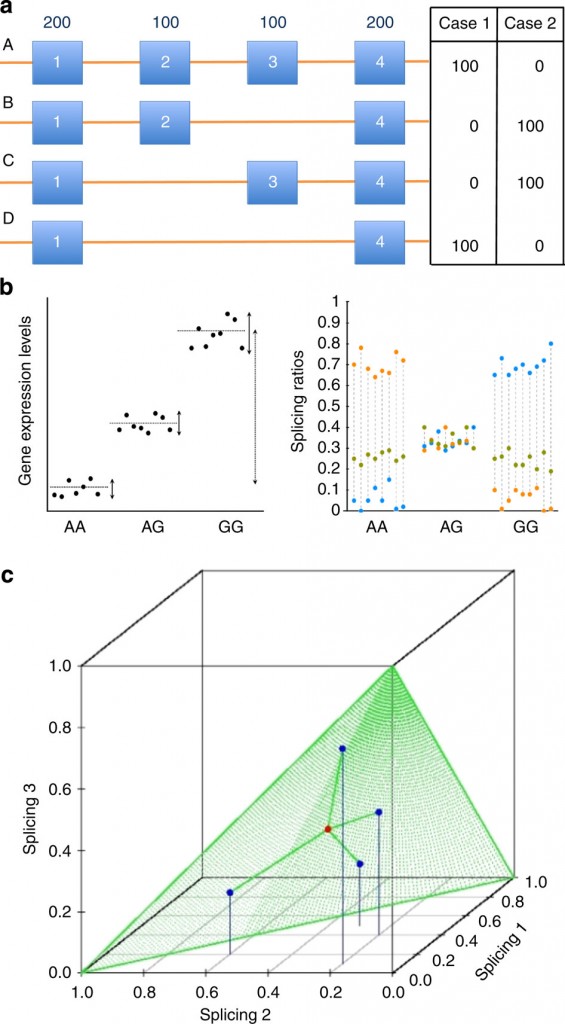