MicroRNAs (miRNAs) are small, non-coding RNA molecules that play a key role in gene regulation in both plants and animals. MicroRNA biogenesis involves the enzymatic processing of a primary RNA transcript. The final step is the production of a duplex molecule, often designated as miRNA:miRNA*, that will yield a functional miRNA by separation of the two strands. This miRNA will be incorporated into the RNA-induced silencing complex, which subsequently will bind to its target mRNA in order to suppress its expression. The analysis of miRNAs is still a developing area for computational biology with many open questions regarding the structure and function of this important class of molecules.

Researchers from Aristotle University of Thessaloniki present StarSeeker, a simple tool that outputs the putative miRNA* sequence given the precursor and the mature sequences. They evaluated StarSeeker using a dataset consisting of all plant sequences available in miRBase (6992 precursor sequences and 8496 mature sequences). The program returned a total of 15,468 predicted miRNA* sequences. Of these, 2650 sequences were matched to annotated miRNAs (~ 90% of the miRBase-annotated sequences). The remaining predictions could not be verified, mainly because they do not comply with the rule requiring the two overhanging nucleotides in the duplex molecule.

The expression pattern of some miRNAs in plants can be altered under various abiotic stress conditions. Potential miRNA* molecules that do not degrade can thus be detected and also discovered in high-throughput sequencing data, helping us to understand their role in gene regulation. 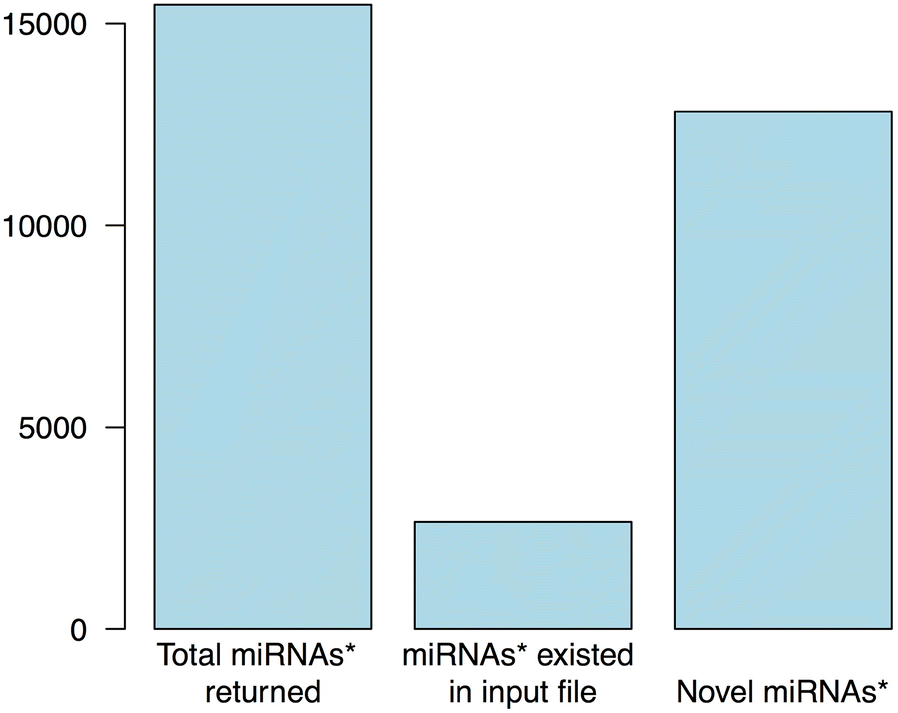 Of the 15,468 sequences that existed in the output file, 2650 were matched with the initial source mature miRNA data and 12,818 are considered novel miRNAs* and their existence can be verified by RNA-Seq experiments