RNA-Seq is emerging as an increasingly important tool in biological research, and it provides the most direct evidence of the relationship between the physiological state and molecular changes in cells. A large amount of RNA-Seq data across diverse experimental conditions have been generated and deposited in public databases. However, most developed approaches for coexpression analyses focus on the coexpression pattern mining of the transcriptome, thereby ignoring the magnitude of gene differences in one pattern. Furthermore, the functional relationships of genes in one pattern, and notably among patterns, were not always recognized.

In this study, researchers from the First Affiliated Hospital, Harbin Medical University developed an integrated strategy to identify differential coexpression patterns of genes and probed the functional mechanisms of the modules. Two real datasets were used to validate the method and allow comparisons with other methods. One of the datasets was selected to illustrate the flow of a typical analysis. In summary, the researchers present an approach to robustly detect coexpression patterns in transcriptomes and to stratify patterns according to their relative differences. Furthermore, a global relationship between patterns and biological functions was constructed. 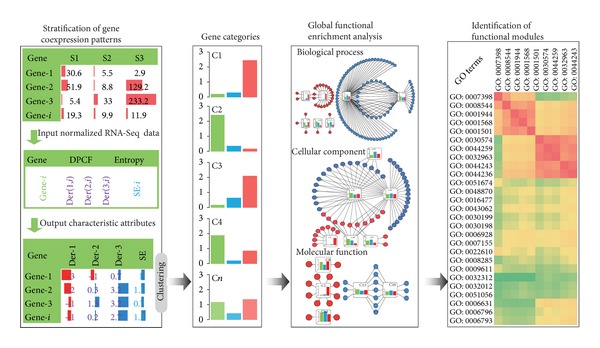