Bioengineers at UC San Diego have shown that human-genome produced RNA is present on the surface of human cells, suggesting a more expanded role for RNA in cell-to-cell and cell-to-environment interactions than previously thought. This new type of membrane-associated extracellular RNA (maxRNA) is found in human cells that are not undergoing cell death, shedding light on the contribution of nucleic acids—particularly RNA—to cell surface functions.

“The cell’s surface is to a cell like the face is to a person,” said Sheng Zhong, bioengineering professor at the UC San Diego Jacobs School of Engineering and corresponding author of the study. “It is the most important part for recognizing what type of cell it is, for example a good actor—like a T cell—or a bad actor like a tumor cell—and it aids in communication and interactions.”

While much is known about other components of a cell’s surface, including proteins, glycans, and lipids, little was known about RNA; with a few exceptions, the RNA produced by the human nuclear genome was not thought to exist on the surface of human cells with intact cell membranes. The discovery that RNA does in fact naturally occur as a cell surface molecule could play a role in better understanding the genome and developing more effective therapeutics.

“This discovery expands our ability to interpret the human genome, because we now know a portion of the human genome may also regulate how a cell presents itself and interacts with other cells through the production of maxRNA,” said Norman Huang, a bioengineering Ph.D. student at UC San Diego and the first author of this paper.

Better understanding maxRNA could also lead to new strategies for therapeutics development. MaxRNA is easier for therapeutics to reach since it’s on the outside surface of the cell, and because RNA can be targeted by specific antisense oligonucleotides, which are easier to develop than other agents such as antibodies.

In order to test for RNA on the surface of mouse and human cells, bioengineers in Zhong’s lab designed a nanotechnology called Surface-seq. They based this off a method used by UC San Diego Professor Liangfang Zhang to create microscopic nanosponges cloaked in natural cell membranes, a process that involves extracting the plasma membrane from cells and assembling it around polymeric cores.

This maintains the right-side-out orientation of the cell membrane by keeping the surface molecules on the membrane facing outwards. The process of cell membrane purification and the stable coating onto the polymeric core ensures the removal of intracellular contents, allowing researchers to detect RNA that is stably associated with the extracellular layer of the cell membrane. Researchers then characterized the sequences, cell-type specificity, and functional attributes of these maxRNA molecules, which were used as the input of the Surface-seq library construction and sequencing.

Sequencing and validation of maxRNA from a cell line 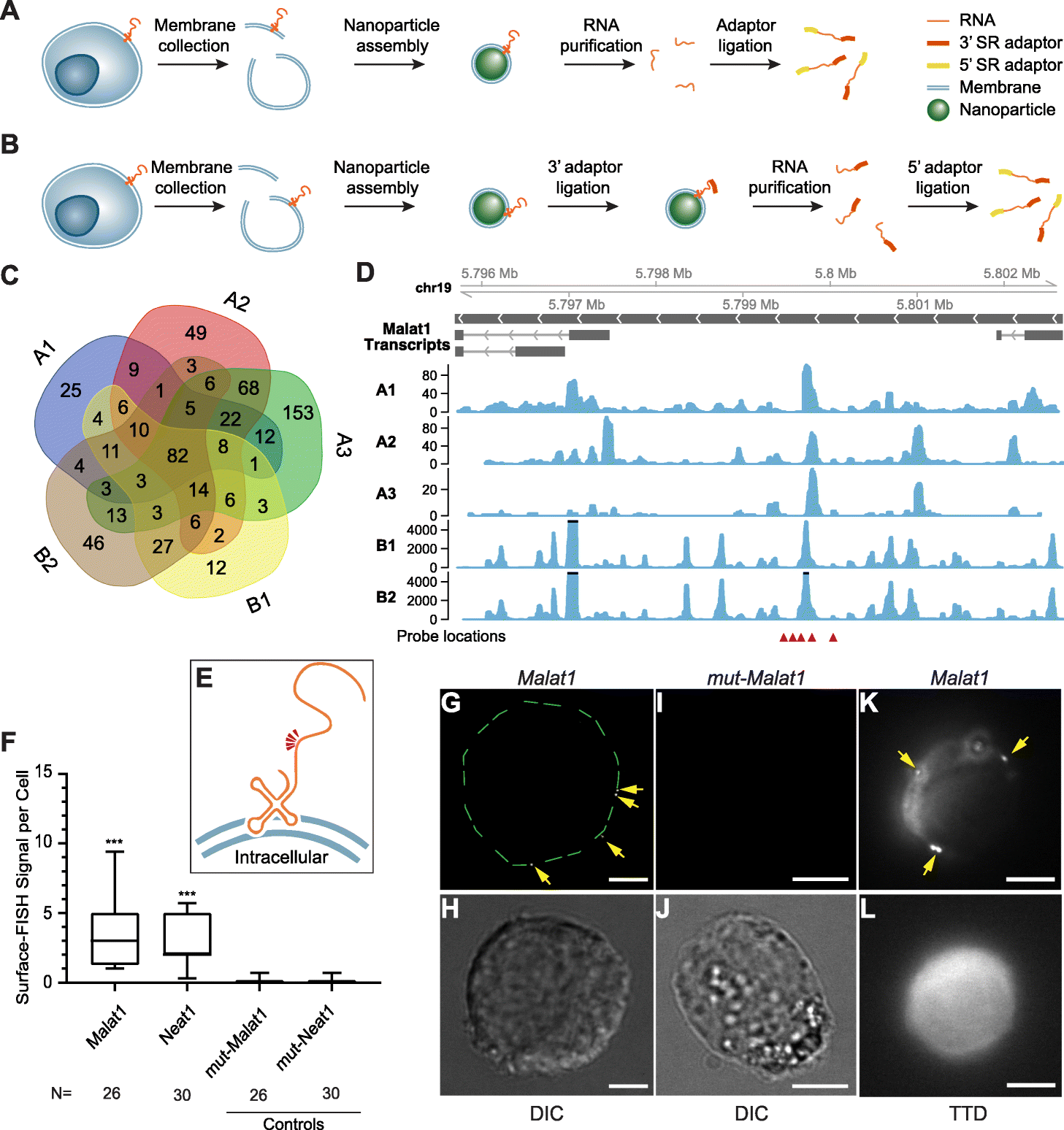 In addition to collaborating with Zhang, Zhong collaborated with professor Zhen Chen’s lab in the Beckman Research Institute at City of Hope.

The collaborative team plans to further study how the maxRNA is transported to the cell surface and anchored there, as well as further investigate the diversity of cell types, genes, environmental cues and biogenesis pathways for maxRNA expression and their contribution to cellular functions.