From the Gottardo, Newell, and Prlic labs, Vaccine and Infectious Disease Division

Single-cell RNA-sequencing (scRNA-seq), which quantifies individual cells’ mRNA expression of an unbiased set of genes, has become an important tool for assessing heterogeneity within cellular populations. However, mRNA expression can either under- or over-represent production of a cell’s actual protein. Recently, an approach known as oligonucleotide-labeled antibody sequencing was developed to simultaneously identify protein-level data during scRNA-seq. While this approach addresses some of the weaknesses inherent to transcript detection alone, it introduces new challenges: protein detection by oligonucleotide-labeled antibody requires a large number of additional sequencing reads per cell, and few analysis tools are available to visualize these large, multi-faceted data sets. Researchers from the Prlic lab, along with colleagues from the Gottardo and Newell groups in the Vaccine and Infectious Disease Division, applied a new workflow combining protein phenotyping by sequencing with a targeted method for detection of mRNA transcripts. This work, led by Dr. Florian Mair and Dr. Jami Erickson, was recently published in Cell Reports.

Traditional scRNA-seq platforms capture mRNA through the poly-A tail, facilitating an unbiased Whole Transcriptome Approach (WTA) to sequencing. Although there are benefits to this impartial strategy, the additional reads needed for detection of the entire transcriptome result in extremely high sequencings costs, especially in conjunction with the additional reads needed to detect both mRNA and protein through Rhapsody with AbSeq. As an alternative to WTA, the authors asked if a targeted approach with Rhapsody— which uses multiplexed PCR to target specific mRNA molecules from a cell’s transcriptome—could identify immune cell heterogeneity with comparable granularity. Focusing on 492 pre-identified genes, they performed targeted sequencing followed by graph-based clustering. Visualization with uniform manifold approximation and projection (UMAP), an existing dimensionality reduction visualization tool, revealed that compared to WTA, targeted scRNA-seq similarly identified distinct immune cell populations. This demonstrates that investigators can reduce costs without losing cell population resolution by selecting a subset of genes and proteins to sequence. Secondarily, to test the feasibility of a lower read depth, the authors analyzed immune cells with the standard read depth alongside sub-samplings of 20% and 10% reads. Although protein expression resolution began to fail at the lower threshold, both transcript and protein signals at 20% mirrored the results from traditional read depth, suggesting that drastically reducing read depth—and cost—is possible without sacrificing data quality.

Although single cell RNA-sequencing capabilities have advanced, the tools needed to visualize the data lag behind. Adapting existing analysis pipelines to AbSeq data, the authors implemented one-dimensional soli expression by nonlinear stochastic embedding (One-SENSE), a tool previously developed by the Newell lab for visualization of mass cytometry data, and demonstrated its functionality with combined transcript and antibody sequencing . One-SENSE creates cellular maps that display paired protein and gene expression of individual cells on either axis, annotated with both relative expression level for each transcript or protein and cluster groupings. These plots allow for easy delineation of cells that cluster by either transcript, protein, or both, as well as identification of discordance between mRNA and protein expression of a given molecule, effectively visualizing complicated data.

Mair and Erickson’s study expands on existing technologies and analysis tools to maximize data recovery from cellular populations while cutting costs. In addition to the financial benefits of this targeted approach, the combined identification of mRNA and protein expression will be especially useful in studying immune cell types with notoriously low mRNA transcripts level, such as T cells. Certain low-abundance transcripts are below the limit of mRNA detection, but the corresponding protein can be detected by oligonucleotide-labeled antibody. These proof-of-concept experiments demonstrate how targeted transcriptomics, combined with surface protein detection and tools such as One-SENSE, can provide an affordable platform to conduct a targeted, multi-omic interrogation of immune subsets of interest. 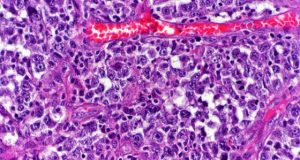