Bladder cancer (BLCA) is one of the most common cancer types worldwide. The disease is responsible for about 200,000 deaths annually, thus improved diagnostics and therapy is needed. A large body of evidence reveal that small RNAs of less than 40 nucleotides may act as tumor suppressors, oncogenes, and disease biomarkers, with a major focus on microRNAs. However, the role of other families of small RNAs is not yet deciphered. Recent results suggest that small RNAs and their modification status, play a role in BLCA development and are promising biomarkers due to their high abundance in the exomes and body fluids (including urine). Moreover, free modified nucleosides have been detected at elevated levels from the urine of BLCA patients. A genome-wide view of small RNAs, and their modifications, will help pinpoint the molecules that could be used as biomarker or has important biology in BLCA development. 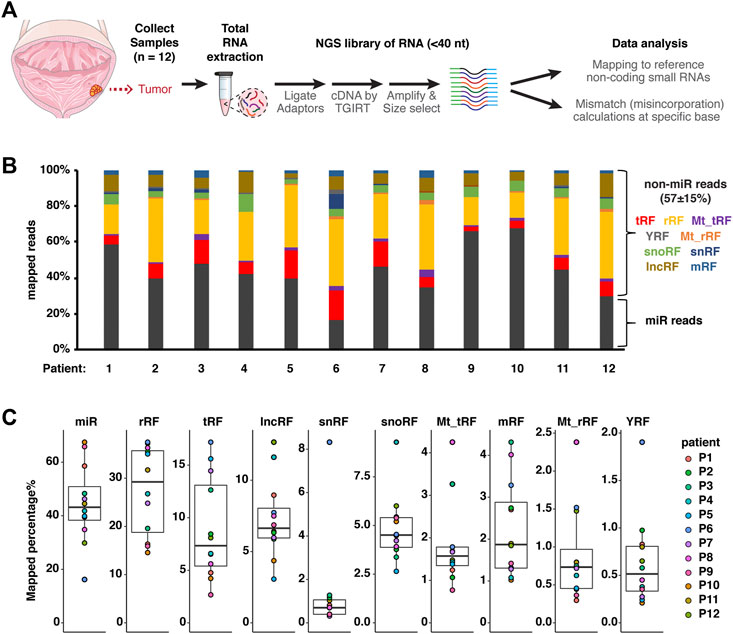