The impact of RNA degradation on next-generation sequencing transcriptome data

RNA sequencing is an innovative technology to study transcriptomes in both biological and clinical research. However, clinical specimens from patients undergoing surgical operations have a major challenge due to sample degradation. This study replicated the process of RNA degradation by maintaining cells at room temperature to achieve none, slight, middle, and high levels of RNA degradation with decreasing RNA integrity numbers (RIN) of approximately 9.8, 6.7, 4.4, and 2.5, respectively. Next, the differential expression of mRNA and long non-coding RNA (lncRNA) was analyzed in the four degradation groups along with pathway enrichment analysis. The results showed that the similarity of lncRNAs exhibited significant differences even for a slight level of RNA degradation compared with the non-degraded RNA sample. Also, the RNA degradation process was found to be universal, global, and random; the differentially expressed genes increased with an increase in degradation but the pathway enrichment phenomenon was not significantly observed. 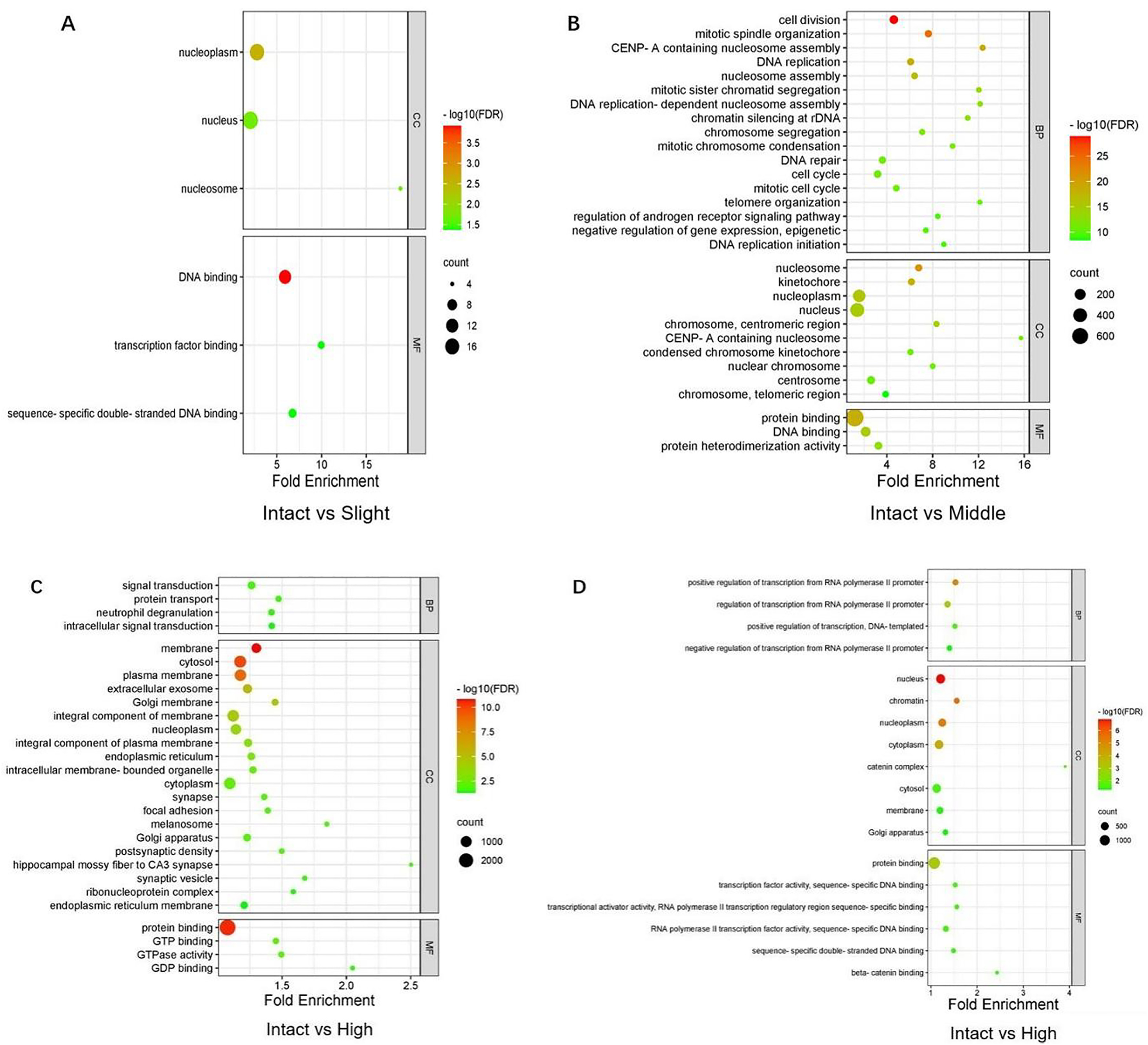