The Never-Ending Quest to Rewrite the Tree of Life 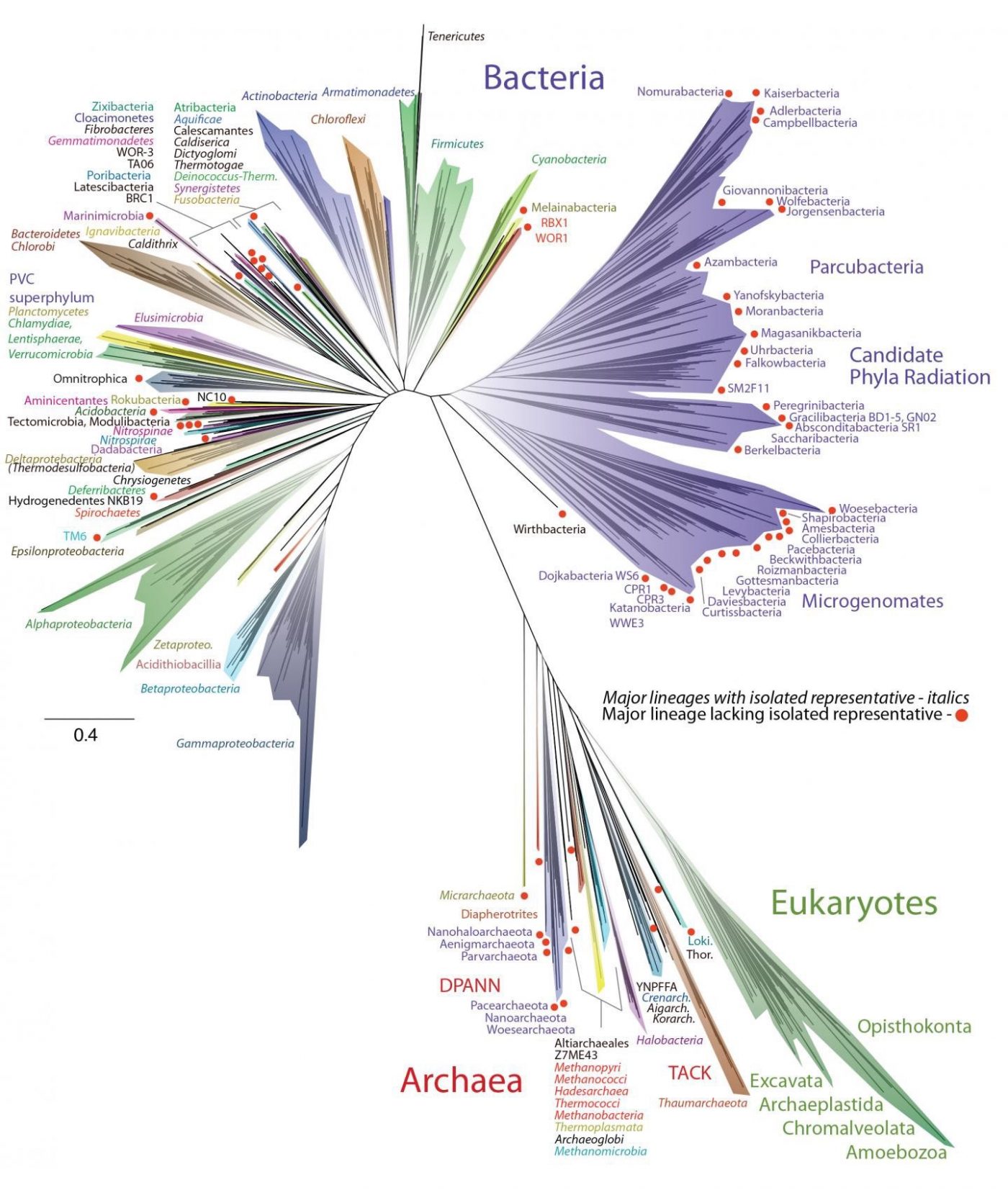 from Nova Next by Carrie Arnold –

The bottom of the ocean is one of the most mysterious places on the planet, but microbiologist Karen Lloyd of the University of Tennessee, Knoxville, wanted to go deeper than that. In 2010, she was a postdoc at Aarhus University in Denmark, and Lloyd wanted to see what microbes were living more than 400 feet beneath the sea floor.

Like nearly all microbiologists doing this type of census, she relied on 16S rRNA sequencing to determine who was there. Developed by microbiologist Carl Woese in the late 1970s, the technique looks for variation in the 16S rRNA gene, one that’s common to all organisms (it’s key to turning DNA into protein, one of life’s of the most fundamental processes). When Lloyd compared what she had seen under the microscope to what her sequencing data said, however, she knew her DNA results were missing a huge portion of the life hidden underneath the ocean.

“I had two problems with just 16S sequencing. One, I knew it would miss organisms, and two, it’s not good for understanding small differences between microbes,” Lloyd says.

Technology had made gene sequencing much quicker and easier compared to when Woese first started his work back in the 1970s, but the principle remained the same. The 16S rRNA gene codes for a portion of the machinery used by prokaryotes to make protein, which is a central activity in the cell. All microbes have a copy of this gene, but different species have slightly different copies. If two species are closely related, their 16S rRNA sequences will be nearly identical; more distantly related organisms will have a greater number of differences. It not only gave researchers a way to quantify evolutionary relationships between species, Woese’s work also revealed an entirely new branch on the tree of life—the archaea, a group of microscopic organisms distinct from bacteria.

Woese’s success in using 16S rRNA to rewrite the tree of life no doubt encouraged its widespread use. But as Lloyd and other scientists began to realize, some microbes carry a version that is significantly different from that seen in other bacteria or archaea. Since biologists depended on this similarity to identify an organism, they began to realize that they were leaving out potentially significant portions of life from their investigations.

These concerns culminated approximately ten years ago during a period when sequencing technologies were rapidly accelerating. During this time, researchers figured out how to prepare DNA for sequencing without needing to know anything about the organism you were studying. At the same time, scientists invented a strategy to isolate single cells. At her lab at the Joint Genome Institute outside San Francisco, microbiologist Tanja Woyke put these two strategies together to sequence the genomes of individual microbial cells. Meanwhile, Jill Banfield, across the bay at the University of California, Berkeley, used a different approach called metagenomics that sequenced genes from multiple species at once, and used computer algorithms to reconstruct each organism’s genome. Over the past several years, their work has helped illuminate the massive amount of microbial dark matter that comprises life on Earth.

“These two strategies really complement each other. They have opened up our ability to see the true diversity of microbial life,” says Roger Lasken, a microbial geneticist at the J. Craig Venter Institute.